Happy New Year! One year ago we said goodbye to 2008—we couldn’t have even imagined what 2009 would bring. So, now, we’ll take a look back at 2009 and pull out our crystal ball to take the slightest look ahead to 2010.

We entered 2009 with a private beta of our online backup for the Mac, an attempt to Bring Back Steve Jobs, and a few months later launched the Mac online backup service to an incredible welcome. 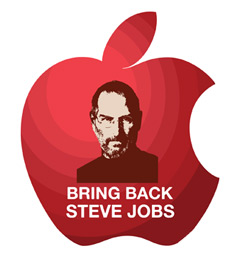 While the launch of Apple Time Machine initially made us think Mac users would skip using Backblaze, it turned out to be exactly the opposite as Apple educated everyone that backup was important. In just a few months Backblaze had more Mac customers than Windows ones, and it continues to be the case today. This especially warms the hearts of some our founders who started their careers at Apple and warranted us creating a blog category: Mac Love.

Feedback flowed in and we attempted to add features while maintaining simplicity. This resulted in 15 individual software releases for both the Windows and Mac versions. Major items included adding robust support for external drives, moving the Mac to 64-bit, fully supporting Mac Snow Leopard and Windows 7 operating systems, and a ton of smaller enhancements to improve the performance and usability of the service. 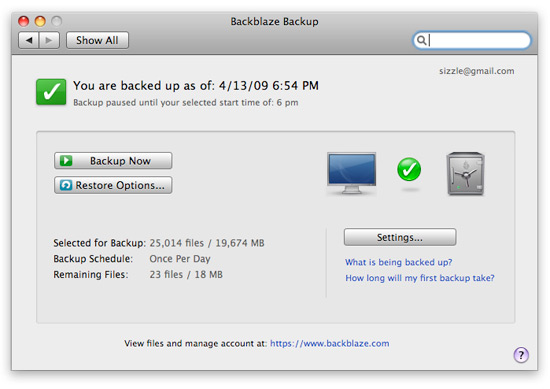 This was our single biggest surprise of the year. Out of necessity, we designed our own cloud Storage Pod hardware when we started because the options in the market were too costly. Since we consider ourselves to be a software company and believe that is where the magic resides, we gave away the design for the Storage Pod to the community.

What happened next was amazing: about a hundred articles were published about it; 500,000 people read the blog post; DIGG, Reddit, Slashdot, Hacker News, StumbleUpon users pushed the post to the top; hundreds of companies contacted us to learn how to build the Pods or to buy them (despite them not being for sale.)

Photos, music, videos, documents… It turns out if you store all of people’s data, you need a lot of storage. A year ago we were adding less than 50 terabytes per month. Now we add 500 terabytes every month just to keep up with demand and have over four petabytes (that’s 4,000 terabytes!) Looking at this wild growth, we moved to a data center space with room to add about another 40 petabytes! 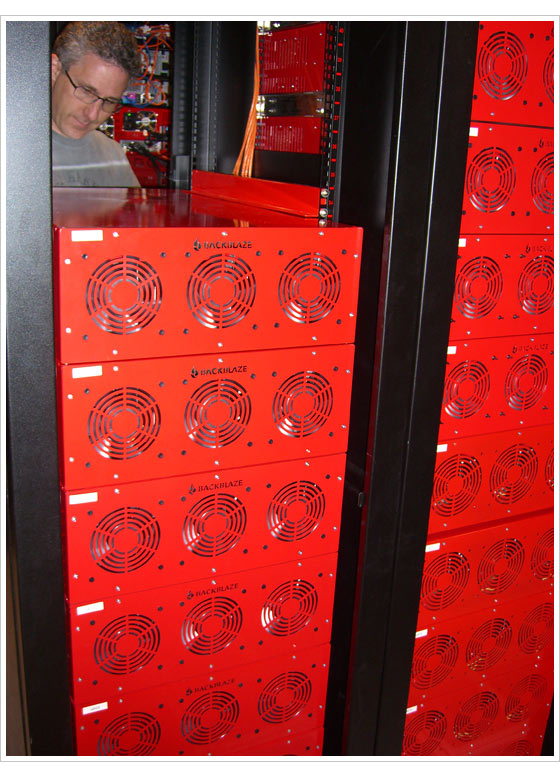 Companies had been signing up since the first day the Backblaze service was available, but this required putting a credit card on each individual account and provided no central billing or management. Launching Backblaze Business Backup enabled companies to backup all their employees’ laptops and desktops with central billing and reporting for the same $50/year/computer price with unlimited storage. Since then a host of companies, schools, and organizations have signed up to protect their data.

While our affiliate program became available at the end of 2008, it really hit its strides in 2009, with over 400 affiliates signing up—and some earning thousands of dollars for simply helping other people not lose their data.

We were thrilled with the response to the Mac launch and the publishing of the Storage Pod design. However, along the way we were also touched by all the love from photographers: Photojojo telling its readers “Backblaze is the best online backup tool we’ve ever used,” Ron Brinkmann writing up a detailed explanation called “my offsite backup strategy,” “Stuck in Customs'” Trey Ratcliff recommending us as a “great backup system,” all the guys at TWIP who numerous times mentioned us in their podcast, and so many others. In the process, of course, we saved many photographers’ pictures.

Most recently we were chosen as a finalist for the Crunchies “Best Technology Achievement of 2009” award. Previously, MacUser chose Backblaze the winner in a labs review, Nerd Stalker selected the company as one of the “Best of 2009,” Steve Sande at TUAW called Backblaze his “personal favorite,” Ted Landau at MacObserver said “Backblaze does exactly what it promised to do and what I was hoping it could do. I couldn’t ask for more,” and many others told us how much they enjoyed the service. We work hard to make the service great—and are thrilled when people love it.

When we set out to build Backblaze, one of our goals was to grow it responsibly—focusing on efficiency rather than throwing money at problems. It required a fair amount of blood, sweat, and tears (you know, bloody fingertips from all the computer typing)… But this year the company turned both profitable and cash flow positive—a fantastic feeling!

Well, as we learned in 2009, it’s a little more than a guess at this point. We have numerous plans for the online backup service itself—intending to add features such as the ability to migrate backups from one computer to another, a number of performance enhancements, the ability to grant gifts, and more. Fleshing out enhancements to Backblaze Business Backup and launching a reseller portal are also on the list. It isn’t a guess that we’ll continue to add loads of cloud storage capacity—and almost certainly upgrade to using two terabyte drives making each of our Storage Pods capable of holding 90 terabytes… Perhaps even two and a half terabyte drives that would put nearly 113 terabytes in one Pod. Beyond that… We’ll need to wait as 2010 unfolds.

Thank you for entrusting us with your data and Happy New Year!

Co-founder and CEO of Backblaze. Founded three prior companies. He has been a speaker at GigaOm Structure, Ignite: Lean Startup, FailCon, CloudCon; profiled by Inc. and Forbes; a mentor for Teens in Tech; and holds 5 patents on security.

Backblaze a Finalist for a Crunchie
Next Post: Backblaze Release 1.0.6