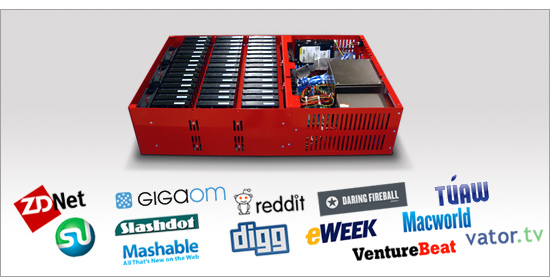 Three weeks ago we published a post explaining how to build a Backblaze Storage Pod, the cloud storage hardware we use for our unlimited online backup service, and gave away the design to anyone who wished to build their own. We thought a few people might find it interesting. Perhaps some might even want to try to build one. We never expected what would happen next.

Om Malik wrote about it at GigaOm, as did Robin Harris at StorageMojo, and Cory Doctorow on Boing Boing. Soon after, TechCrunch, VentureBeat, ZDNet, Mashable, Engadget, MacWorld, Vator.tv, eWeek, and dozens of others picked it up. After digging in, SmallNetBuilder did a thorough breakdown for its DIY audience.

In the UK, The Guardian and the Inquirer wrote about it, but so did news sites in Africa, Australia, Italy, Russia, Sweden, Belgium, Bulgaria, Poland, France, Germany, and China.

Day two we expected fewer readers, but instead three times more showed up as the post rose to the top of Digg, Slashdot, Reddit, and StumbleUpon. CNET analysts pontificated about it on Buzz Out Loud. James Hamilton, the Vice President and Distinguished Engineer at Amazon Web Services wrote on his blog that we were challenging the server tax. Joerg Moellenkamp, Principal Field Technologist and Senior Systems Engineer at Sun wrote a long description comparing the Sun x4540 Thumper and the Backblaze Storage Pod. After being shocked when 13,000 people read his comparison, he also wrote a follow up.

About half a million people read the blog post in these first couple weeks. Including, it seems, God, who then started following Backblaze on Twitter: 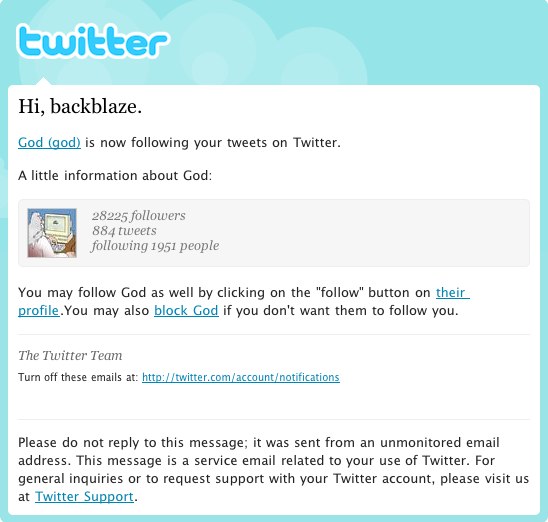 Our mailboxes started to overflow with feedback, design ideas, and questions. Some people wanted to setup open source projects around the Storage Pods. A Craiglist job posting in Chicago wanted to hire people who could build Backblaze Storage Pods: 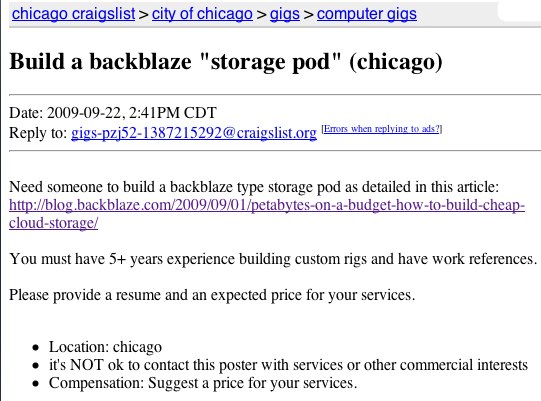 Hundreds of people emailed us asking to buy the Pods. (We said, “but the design is free?” And they replied, “yes, but we want you to sell us complete Pods.”)

Protocase, the company we pointed people to if they wanted to buy one-off Backblaze Storage Pod cases received over 100 inquiries to buy cases in the first week; they revised their home page and created a price list for these Backblaze cases: 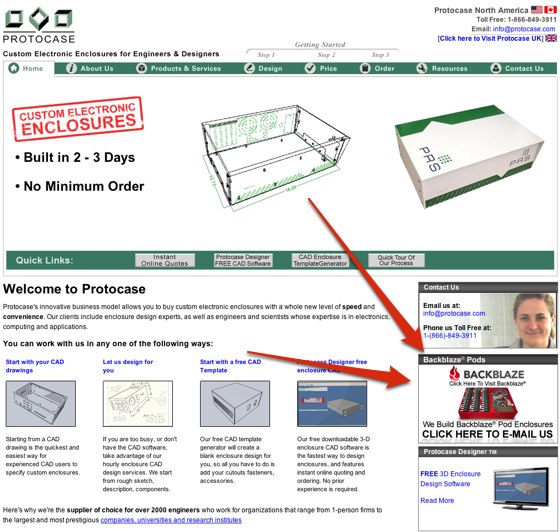 People emailed us suggesting a whole variety of uses for the Backblaze Storage Pods. Universities wanted to use them for storing research data. A RED digital cinematographer proposed a custom solution focused on storing videos generated by these HD cameras. People proposed using these for surveillance camera data and as a replacement for tape archive systems.

One of the most unique projects someone wanted to use Backblaze Storage Pods for is to store data created by a fleet of modified flatbed scanners that are being used to study aging by doing time-lapse photography of worms at a Harvard Systems Biology lab.

Are you building a Pod? We would love to hear about it!

We have been absolutely shocked and overwhelmed with the response…and are thrilled that so many of you have found these Pods so useful for your various needs. Soon we will follow-up with some tips, tricks, more supplier specifics, and responses to other frequently asked questions about the Pods. Take care and follow Backblaze on Twitter if you want stay abreast as things develop.

Petabytes on a Budget: How to Build Cheap Cloud Storage
Next Post: Backblaze Release 1.0.3