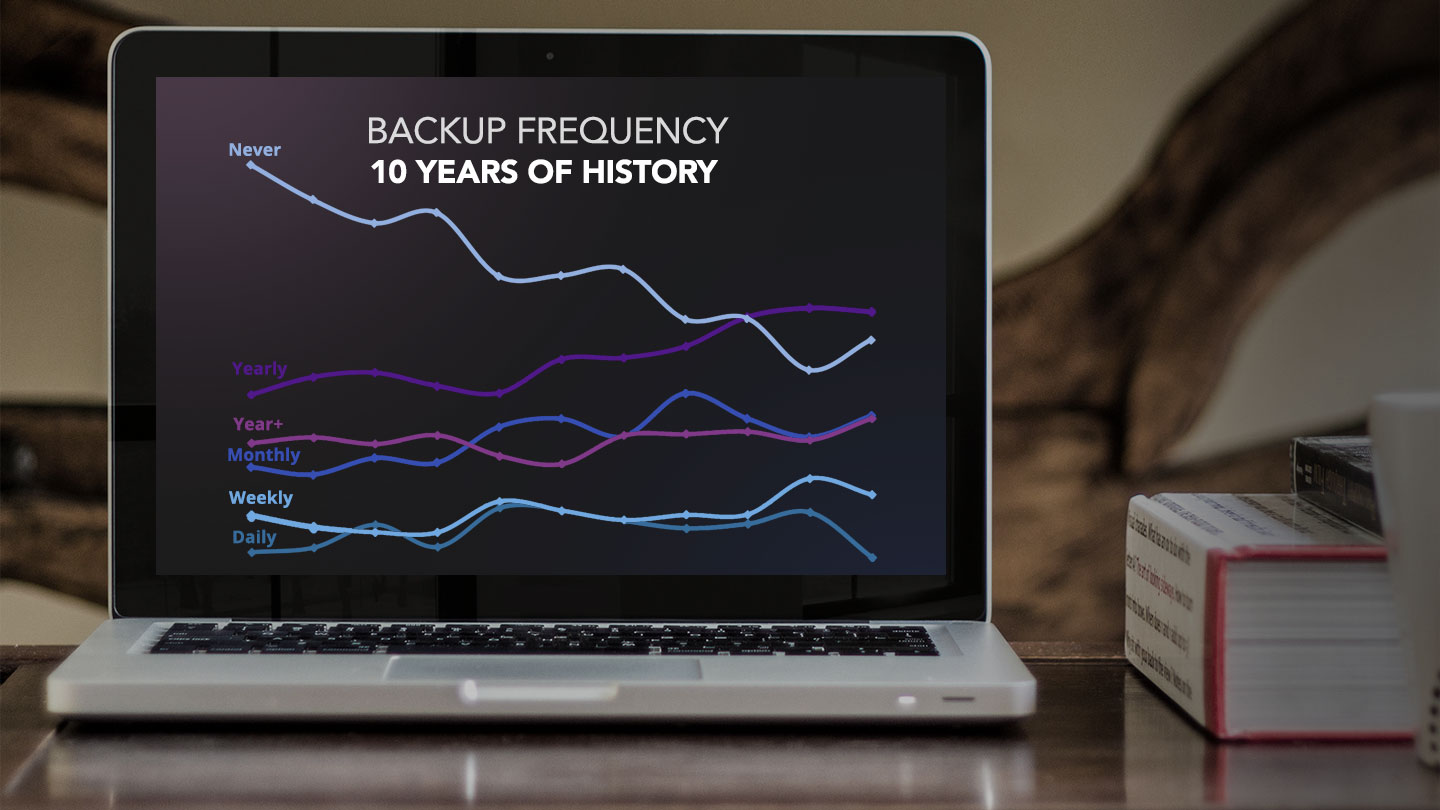 Back in June 2008, Backblaze launched our first Backup Awareness Survey. Beginning with that survey and each year since, we’ve commissioned the folks at The Harris Poll to conduct our annual survey. For the last 11 years now, they’ve asked the simple question, “How often do you backup all the data on your computer?” Let’s see what they’ve found.

While we did the first survey in 2008, it wasn’t until 2009, after the second survey was conducted, that we declared June as Backup Awareness Month, making June 2018 the 10th anniversary of Backup Awareness Month. But, why June? You’re probably thinking that June is a good time to remind people about backing up their computers. It’s before summer vacations in the northern hemisphere and the onset of winter down under. In truth, back in 2008 Backblaze was barely a year old and the survey, while interesting, got pushed aside as we launched the first beta of our cloud backup product on June 4, 2008. When June 2009 rolled around, we had a little more time and two years worth of data. Thus, Backup Awareness Month was born (PS — the contest is over).

More People Are Backing Up, But…

Fast forward to June 2018, and the folks at The Harris Poll have diligently delivered another survey. You can see the details about the survey methodology at the end of this post. Here’s a high level look at the results over the last 11 years as we look at the backup frequency among computer owners from 2008 through 2018. 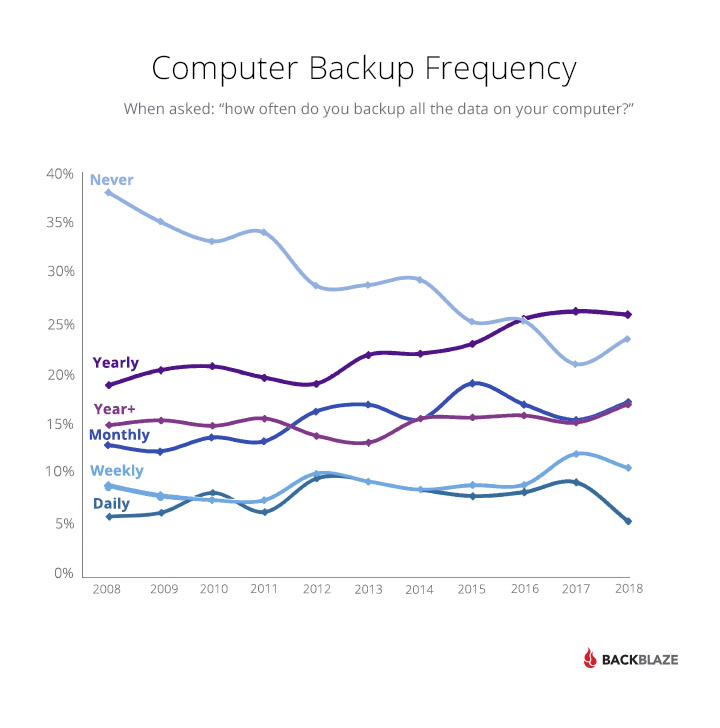 The percentage of computer owners backing up all the data on their computer has steadily increased over the years, from 65% in 2008 to 76% in 2018. That’s awesome, but at the other end of the time spectrum it’s not so pretty. The percentage of computer owners backing up once a day or more often is 6% in 2018. That’s no change from 2008. Wouldn’t it be nice if there were a program you could install on your computer that would back up all the data automatically?

Here’s how 2018* compares to 2008 for how often people back up all the data on their computers.

A lot has happened over the last 11 years in the world of computing, but at least people are taking backing up their computers a little more seriously. And that’s a good thing.

Each survey provides interesting insights into the attributes of backup fiends and backup slackers. Here are a few facts from the 2018 survey*.

When we look at the four regions in the United States, we see that in 2018 the percentage of computer owners who have backed up all the data on their computer at least once was about the same across regions. This was not the case back in 2012 as seen below:

* The sample composition changed in the 2018 wave as new sample sources were introduced to ensure representativeness among all facets of the general population.