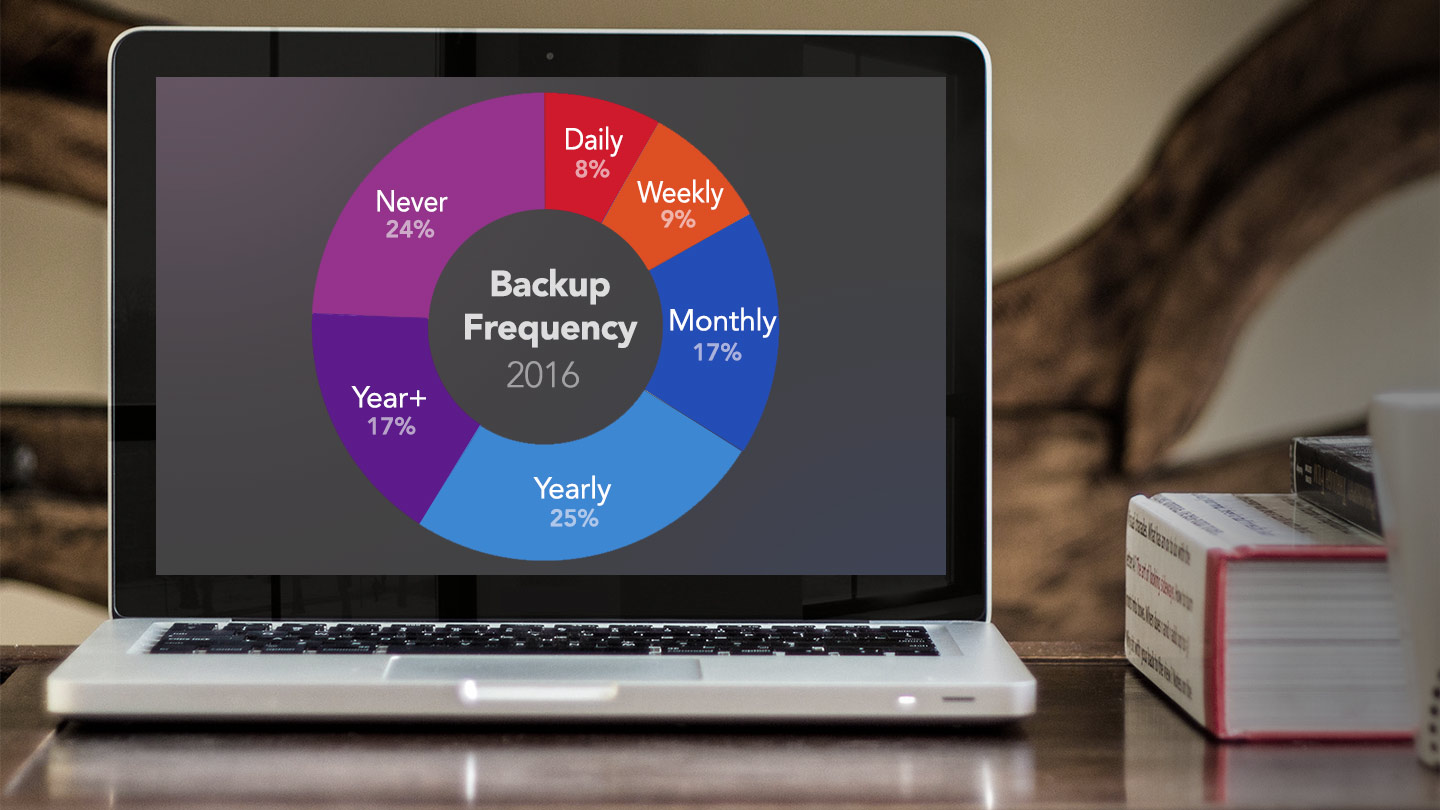 June is Backup Awareness month, and Backblaze being a data backup company, is keen to have folks be, well, backup aware. During the year, we publish blog posts and articles on data backup and spend marketing money spreading the word—back up your data. We’re not alone, as there are plenty of other companies doing the same thing. So how are we all doing? Let’s find out.

This is the ninth year we’ve asked the folks at Harris Interactive to poll computer owners and ask the question “How often do you back up all the data on your computer?” We receive pages and pages of data from the survey and we’d like to share some of the interesting facts and figures. Let’s start with comparing the 2016 results with the previous years. Here are the results in both graphical and tabular form. 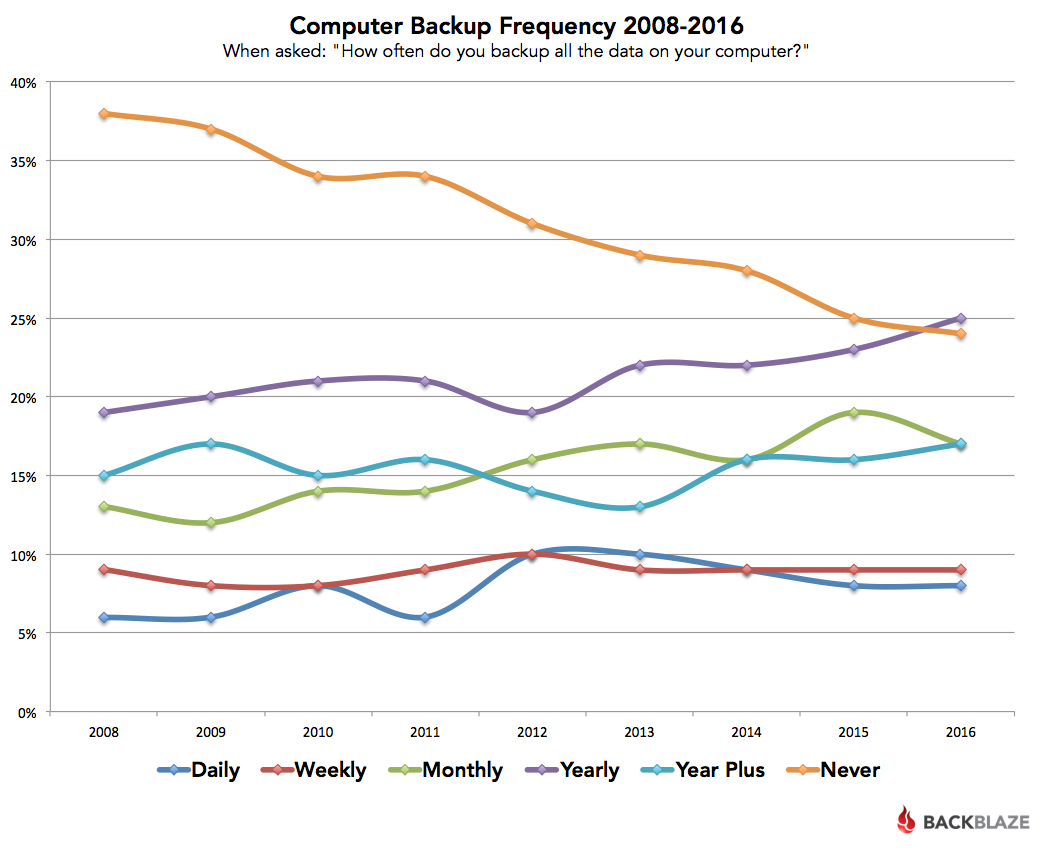 Over the years, you can clearly see the percentage of people who have “never backed up” is on a downward trend. In 2016, for the first time, “Never” was not the highest percentage, replaced by “Yearly.”

As part of the 2016 Backup Awareness survey, we asked “When was the last time you or someone you know lost computer data (e.g., photos, music, documents) and could not recover it?” It turns out that 53% of the 2,012 respondents answered in the positive by providing a time-frame of the data loss (i.e., in the last week, in the last month, etc.). Only 24% said they had never experienced data loss or knew someone who did. The remaining 23% of respondents were not sure if and/or when they lost data. With only 8% of people backing up daily it is easy to see how over 50% of people could lose data when their computer crashes or is lost or stolen.

As noted, we get pages and pages of data with each survey, but rather than bore you with the details we’ve extracted a few interesting nuggets.

If we wanted to carry things a little further, then according to the 2016 survey we could suggest: