This post by Backblaze’s CEO and co-founder Gleb Budman is the fifth in a series about entrepreneurship. You can choose posts in the series from the list below:

In my previous posts, I talked about coming up with an idea, determining the solution, and getting your first customers. But you’re building a company, not a product. Let’s talk about what the first year should look like.

The primary goals for that first year are to: 1) set up the company; 2) build, launch, and learn; and 3) survive.

Setting Up the Company

The company you’re building is more than the product itself, and you’re not going to do it alone. You don’t want to spend too much time on this since getting customers is key, but if you don’t set up the basics, there are all sorts of issues down the line. 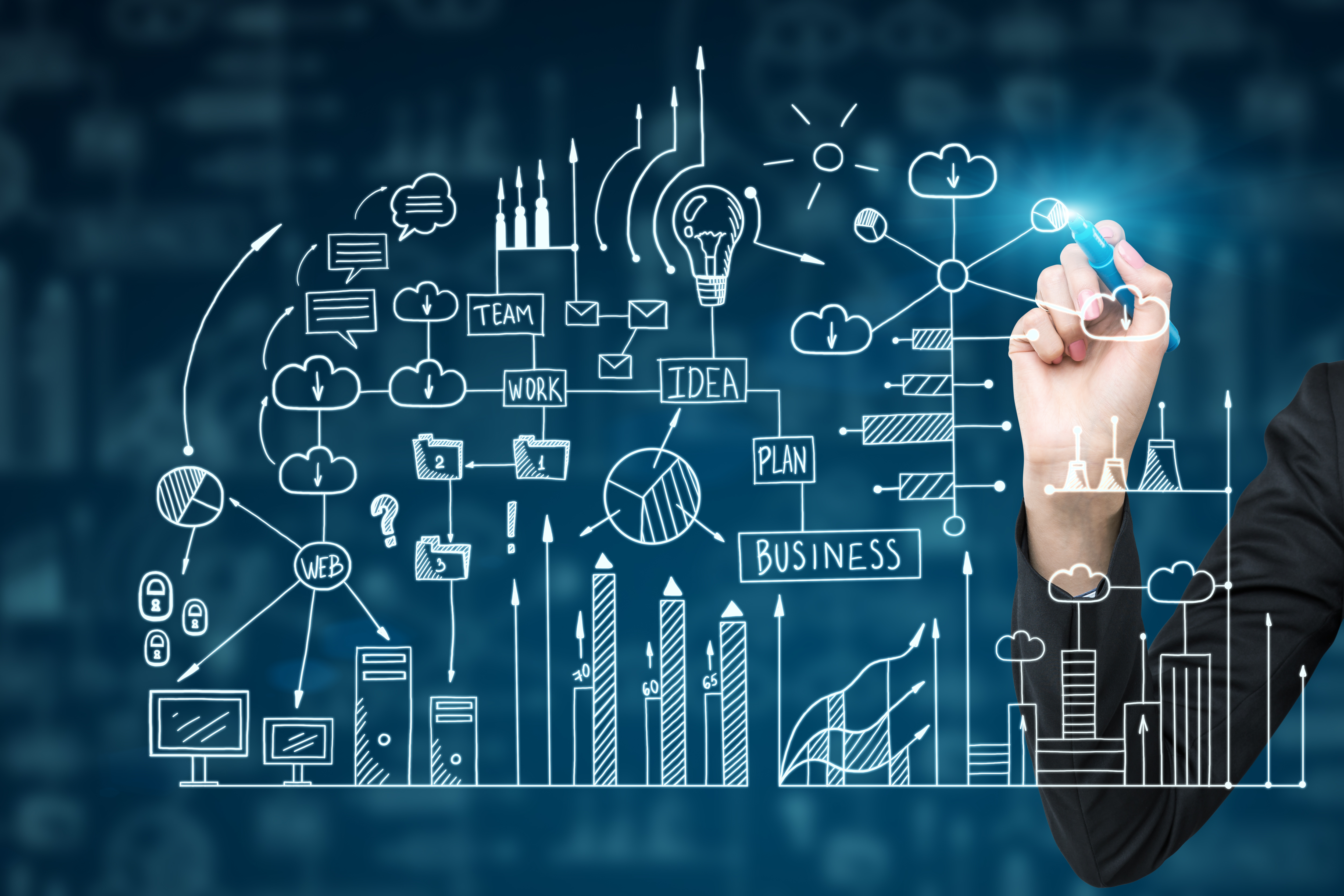 You may already have the idea, but who do you need to execute it? At Backblaze, we needed people to build the web experience, the client backup application, and the server/storage side. We also needed someone to handle the business/marketing aspects, and we felt that the design and user experience were critical. As a result, we started with five co-founders: three engineers, a designer, and me for the business and marketing.

Of course not every role needs to be filled by a co-founder. You can hire employees for positions as well. But think through the strategic skills you’ll need to launch and consider co-founders with those skill sets.

Too many people think they can just “work together” on everything. Don’t. Determine roles as quickly as possible so that it’s clear who is responsible for what work and which decisions. We were lucky in that we had worked together and thus knew what each person would do, but even so we assigned titles early on to clarify roles.

Get Your Legal Basics In Place

When we’re excited about building a product, legal basics are often the last thing we want to deal with. You don’t need to go overboard, but it’s critical to get certain things done.

The ownership split can be worked out by the founders directly. For the other items, I would involve lawyers. Some law firms will set up the basics and defer payment until you raise money or the business can pay for services out of operations. Gunderson Dettmer did that for us (ask for Bennett Yee). Cooley will do this on a casey-by-case basis as well.

Takeaway:  Don’t let the excitement of building a company distract you from filing the basic legal documents required to protect and grow your company.

This item may seem out of place, but not having health insurance can easily bankrupt you personally, and that certainly won’t bode well for your company. While you can buy individual health insurance, it will often be less expensive to buy it as a company. Also, it will make recruiting employees more difficult if you do not offer healthcare. When we contacted brokers they asked us to send the W-2 of each employee that wanted coverage, but the founders weren’t taking a salary at first. To work around this, make the founders ‘officers’ of the company, and the healthcare brokers can then insure them. (Of course, you need to be ok with your co-founders being officers, but hopefully, that is logical anyway.)

Takeaway:  Don’t take your co-founders’ physical and financial health for granted. Health insurance can serve as both individual protection and a recruiting tool for future employees.

Getting the company set up gives you the foundation, but ultimately a company with no product and no customers isn’t very interesting.

Ideally, you have one person on the team focusing on all of the items above and everyone else can be heads-down building product. There is a lot to say about building product, but for this post, I’ll just say that your goal is to get something out the door that is good enough to start collecting feedback. It doesn’t have to have every feature you dream of and doesn’t have to support 1 billion users on day one.

If you’re building a car or rocket, that may take some time. But with the availability of open-source software and cloud services, most startups should launch inside of a year.

Launching forces a scoping of the feature set to what’s critical, rallies the company around a goal, starts building awareness of your company and solution, and pushes forward the learning process. Backblaze launched in public beta on June 2, 2008, eight months after the founders all started working on it full-time.

Takeaway:  Focus on the most important features and launch.

As much as we think we know about the customers and their needs, the launch process and beyond opens up all sorts of insights. This early period is critical to collect feedback and iterate, especially while both the product and company are still quite malleable. We initially planned on building peer-to-peer and local backup immediately on the heels of our online offering, but after launching found minimal demand for those features. On the other hand, there was tremendous demand from companies and resellers.

Takeaway:  Use the critical post-launch period to collect feedback and iterate.

“Live to fight another day.” If the company doesn’t survive, it’s hard to change the world. Let’s talk about some of the survival components.

Consider What You As A Founding Team Want & How You Work

Are you doing this because you hope to get rich? See yourself on the cover of Fortune? Make your own decisions? Work from home all the time? Founder fighting is the number one reason companies fail; the founders need to be on the same page as much as possible.

At Backblaze we agreed very early on that we wanted three things:

This has driven various decisions over the years and has evolved into being part of the culture. For example, while Backblaze is absolutely a company with a profit motive, we do not compromise the product to make more money. Other directions are not bad; they’re just different.

Do you want a lifestyle business? Or want to build a billion dollar business? Want to run it forever or build it for a couple years and do something else?

Pretend you’re getting married to each other. Do some introspection and talk about your vision of the future a lot. Do you expect everyone to work 20 or 100 hours every week? In the office or remote? How do you like to work? What pet peeves do you have?

When getting married each person brings the “life they’ve known,” often influenced by the life their parents lived. Together they need to decide which aspects of their previous lives they want to keep, toss, or change. As founders coming together, you have the same opportunity for your new company.

Takeaway:  In order for a company to survive, the founders must agree on what they want the company to be. Have the discussions early.

Determine How You Will Fund Your Business

Raising venture capital is often seen as the only path, and considered the most important thing to start doing on day one. However, there are a variety of options for funding your business, including using money from savings, part-time work, friends & family money, loans, angels, and customers. Consider the right option for you, your founding team, and your business.

Whichever option you choose for funding your business, chances are high that you will not be flush with cash on day one. In certain situations, you actually don’t want to conserve cash because you’ve raised $100m and now you want to run as fast as you can to capture a market — cash is plentiful and time is not. However, with the exception of founder struggles, running out of cash is the most common way companies go under. There are many ways to conserve cash — limit hiring of employees and consultants, use lawyers and accountants sparingly, don’t spend on advertising, work from a home office, etc. The most important way is to simply ensure that you and your team are cash conscious, challenging decisions that commit you to spending cash.

Backblaze spent a total of $94,122 to get to public beta launch. That included building the backup application, our own server infrastructure, the website with account/billing/restore functionality, the marketing involved in getting to launch, and all the steps above in setting up the company, paying for healthcare, etc. The five founders took no salary during this time (which, of course, would have cost dramatically more), so most of this money went to computers, servers, hard drives, and other infrastructure.

Takeaway:  Minimize cash burn — it extends your runway and gives you options.

Slowly Flesh Out Your Team

We started with five co-founders, and thus a fairly fleshed-out team. A year in, we only added one person, a Mac architect. Three months later we shipped a beta of our Mac version, which has resulted in more than 50% of our revenue.

Minimizing hiring is key to cash conservation, and hiring ahead of getting market feedback is risky since you may realize that the talent you need will change. However, once you start getting feedback, think about the key people that you need to move your company forward. But be rigorous in determining whether they’re critical. We didn’t hire our first customer support person until all five founders were spending 20% of their time on it.

Takeaway:  Don’t hire in anticipation of market growth; hire to fuel the growth.

Keep Your Spirits Up

Startups are roller coasters of emotion. There have been some serious articles about founders suffering from depression and worse. The idea phase is exhilarating, then there is the slog of building. The launch is a blast, but the week after there are crickets.

On June 2, 2008, we launched in public beta with great press and hordes of customers. But a few months later we were signing up only about 10 new customers per month. That’s $50 new monthly recurring revenue (MRR) after a year of work and no salary.

On August 25, 2008, we brought on our Mac architect. Two months later, on October 26, 2008, Apple launched Time Machine — completely free and built-in backup for all Macs.

There were plenty of times when our prospects looked bleak. In the rearview mirror it’s easy to say, “well sure, but now you have lots of customers,” or “yes, but Time Machine doesn’t do cloud backup.” But at the time neither of these were a given.

Takeaway:  Getting up each day and believing that as a team you’ll figure it out will let you get to the point where you can look in the rearview mirror and say, “It looked bleak back then.”

Succeeding in Your First Year

I titled the post “Surviving Your First Year,” but if you manage to, 1) set up the company; 2) build, launch, and learn; and 3) survive, you will have done more than survive: you’ll have truly succeeded in your first year.