This is part one of a series. Part Two is posted here.

Customers frequently ask us whether and when we plan to move our cloud backup and data storage to SSDs (Solid-State Drives). That’s not a surprising question considering the many advantages SSDs have over magnetic platter type drives, also known as HDDs (Hard-Disk Drives).

We’re a large user of HDDs in our data centers (currently 100,000 hard drives holding over 500 petabytes of data). We want to provide the best performance, reliability, and economy for our cloud backup and cloud storage services, so we continually evaluate which drives to use for operations and in our data centers. While we use SSDs for some applications, which we’ll describe below, there are reasons why HDDs will continue to be the primary drives of choice for us and other cloud providers for the foreseeable future. 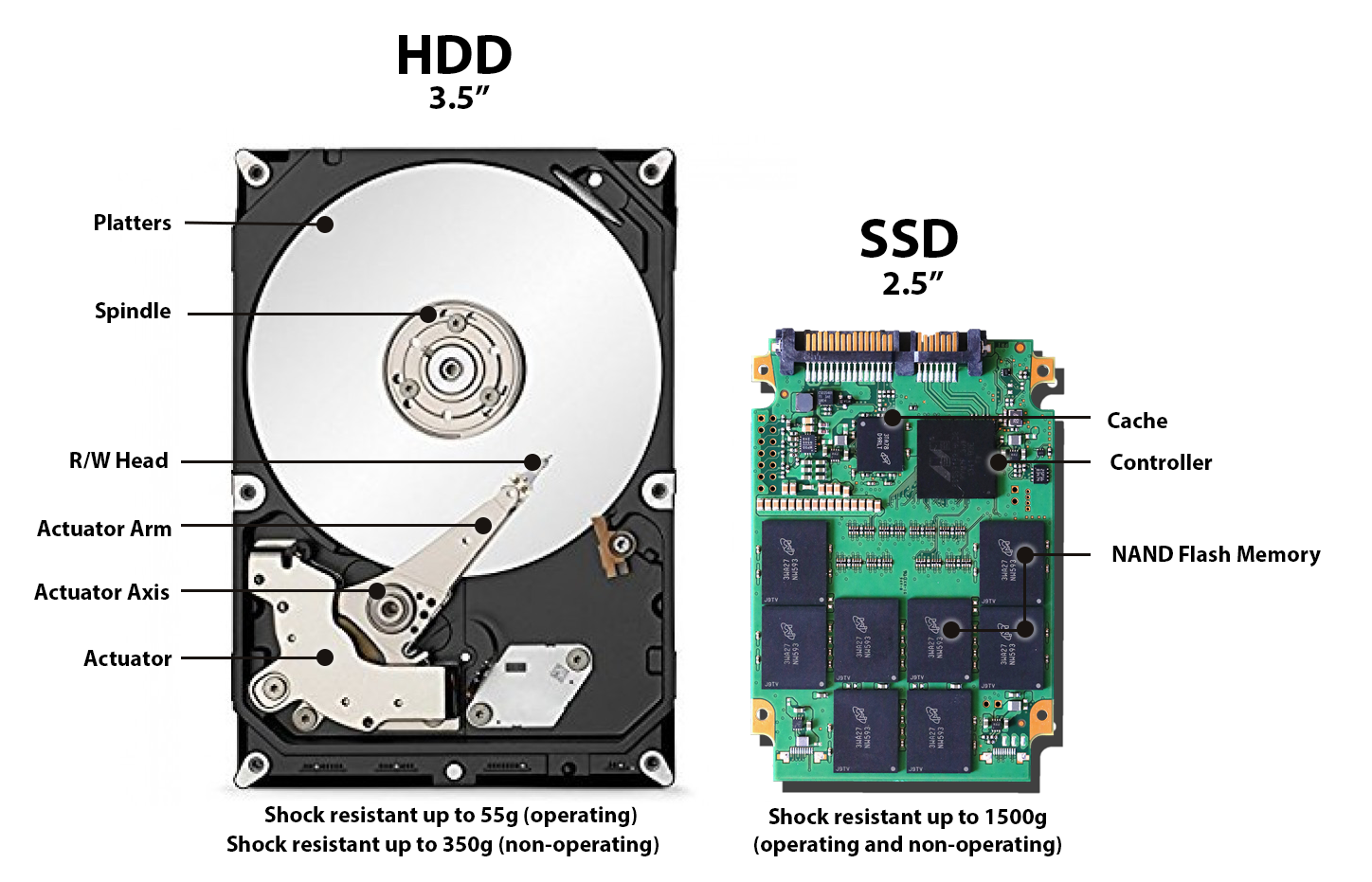 The laptop computer I am writing this on has a single 512GB SSD, which has become a common feature in higher end laptops. The SSD’s advantages for a laptop are easy to understand: they are smaller than an HDD, faster, quieter, last longer, use less power, and are not susceptible to vibration and magnetic fields. They also have much lower latency and access times.

Today’s typical online price for a 2.5” 512GB SSD is $140 to $170. The typical online price for a 3.5” 512 GB HDD is $44 to $65. That’s a pretty significant difference in price, but since the SSD helps make the laptop lighter, enables it to be more resistant to the inevitable shocks and jolts it will experience in daily use, and adds of benefits of faster booting, faster waking from sleep, lower power use, and faster launching of applications and handling of big files, the extra cost for the SSD in this case is worth it.

Some of these SSD advantages, chiefly speed, also will apply to a desktop computer, so desktops are increasingly outfitted with SSDs, particularly to hold the operating system, applications, and data that is accessed frequently. Replacing a boot drive with an SSD has become a popular upgrade option to breathe new life into a computer, especially one that seems to take forever to boot or is used for notoriously slow-loading applications such as Photoshop.

Data centers are an entirely different kettle of fish. The primary concerns for data center storage are reliability, storage density, and cost. While SSDs are strong in the first two areas, it’s the third where they are not yet competitive. At Backblaze we adopt higher density HDDs as they become available — we’re currently using both 10TB and 12TB drives (among other capacities) in our data centers. Higher density drives provide greater storage density per Storage Pod and Vault and reduce our overhead cost through less required maintenance and lower total power requirements. Comparable SSDs in those sizes would cost roughly $1,000 per terabyte, considerably higher than the corresponding HDD. Simply put, SSDs are not yet in the price range to make their use economical for the benefits they provide, which is the reason why we expect to be using HDDs as our primary storage media for the foreseeable future. 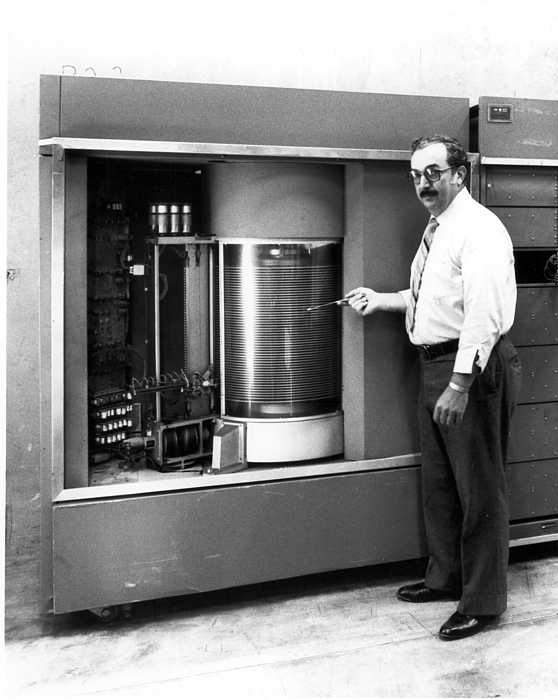 The 350 Disk Storage System was a major component of the IBM 305 RAMAC (Random Access Method of Accounting and Control) system, which was introduced in September 1956. It consisted of 40 platters and a dual read/write head on a single arm that moved up and down the stack of magnetic disk platters.

The basic mechanism of an HDD remains unchanged since then, though it has undergone continual refinement. An HDD uses magnetism to store data on a rotating platter. A read/write head is affixed to an arm that floats above the spinning platter reading and writing data. The faster the platter spins, the faster an HDD can perform. Typical laptop drives today spin at either 5400 RPM (revolutions per minute) or 7200 RPM, though some server-based platters spin at even higher speeds. 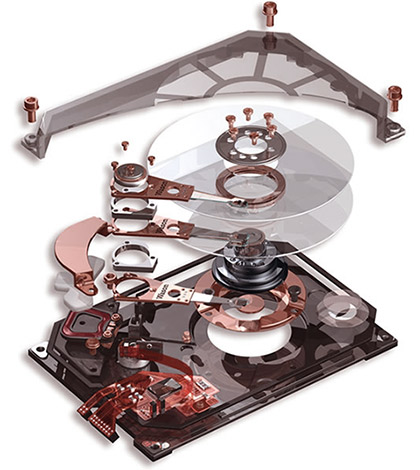 Exploded drawing of a hard drive

The platters inside the drives are coated with a magnetically sensitive film consisting of tiny magnetic grains. Data is recorded when a magnetic write-head flies just above the spinning disk; the write head rapidly flips the magnetization of one magnetic region of grains so that its magnetic pole points up or down, to encode a 1 or a 0 in binary code. If all this sounds like an HDD is vulnerable to shocks and vibration, you’d be right. They also are vulnerable to magnets, which is one way to destroy the data on an HDD if you’re getting rid of it.

The major advantage of an HDD is that it can store lots of data cheaply. One and two terabyte (1,024 and 2,048 gigabytes) hard drives are not unusual for a laptop these days, and 10TB and 12TB drives are now available for desktops and servers. Densities and rotation speeds continue to grow. However, if you compare the cost of common HDDs vs SSDs for sale online, the SSDs are roughly 3-5x the cost per gigabyte. So if you want cheap storage and lots of it, using a standard hard drive is definitely the more economical way to go.

What are the best uses for HDDs?

SSDs go back almost as far as HDDs, with the first semiconductor storage device compatible with a hard drive interface introduced in 1978, the StorageTek 4305. 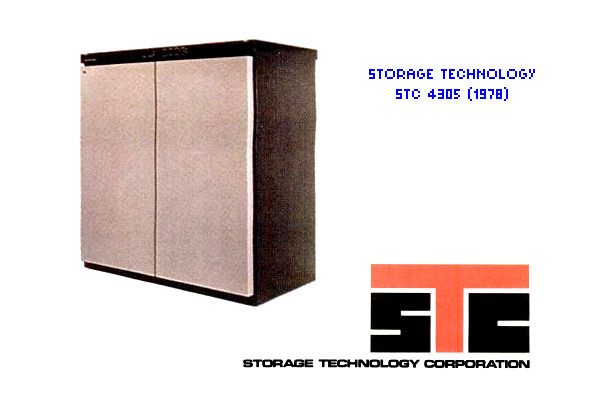 The StorageTek was an SSD aimed at the IBM mainframe compatible market. The STC 4305 was seven times faster than IBM’s popular 2305 HDD system (and also about half the price). It consisted of a cabinet full of charge-coupled devices and cost $400,000 for 45MB capacity with throughput speeds up to 1.5 MB/sec.

SSDs are based on a type of non-volatile memory called NAND (named for the Boolean operator “NOT AND,” and one of two main types of flash memory). Flash memory stores data in individual memory cells, which are made of floating-gate transistors. Though they are semiconductor-based memory, they retain their information when no power is applied to them — a feature that’s obviously a necessity to compete with disk-based data storage. 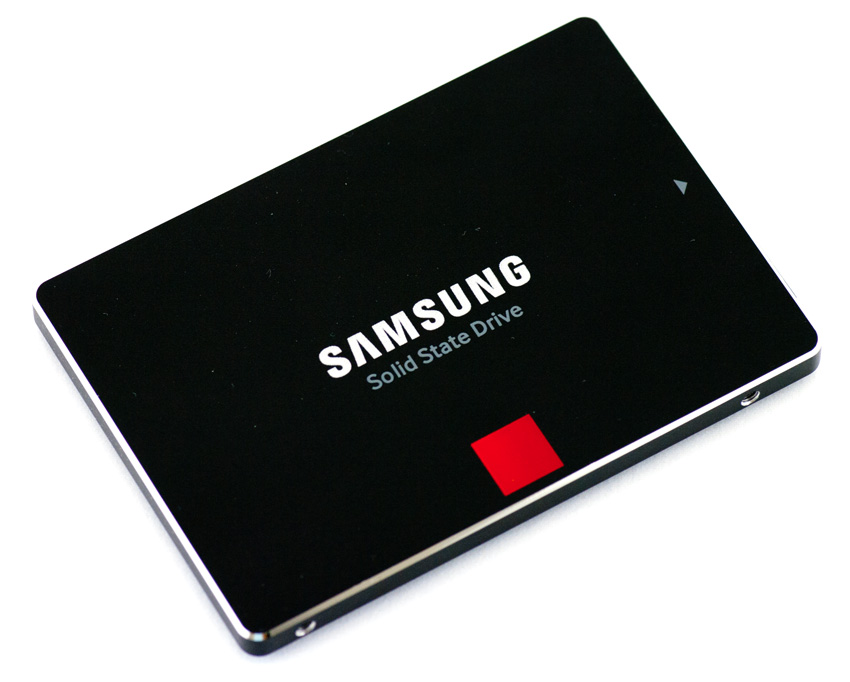 Compared to an HDD, SSDs have higher data-transfer rates, higher areal storage density, better reliability, and much lower latency and access times. For most users, it’s the speed of an SSD that primarily attracts them. When discussing the speed of drives, what we are referring to is the speed at which they can read and write data.

For HDDs, the speed at which the platters spin strongly determines the read/write times. When data on an HDD is accessed, the read/write head must physically move to the location where the data was encoded on a magnetic section on the platter. If the file being read was written sequentially to the disk, it will be read quickly. As more data is written to the disk, however, it’s likely that the file will be written across multiple sections, resulting in fragmentation of the data. Fragmented data takes longer to read with an HDD as the read head has to move to different areas of the platter(s) to completely read all the data requested.

Because SSDs have no moving parts, they can operate at speeds far above those of a typical HDD. Fragmentation is not an issue for SSDs. Files can be written anywhere with little impact on read/write times, resulting in read times far faster than any HDD, regardless of fragmentation. 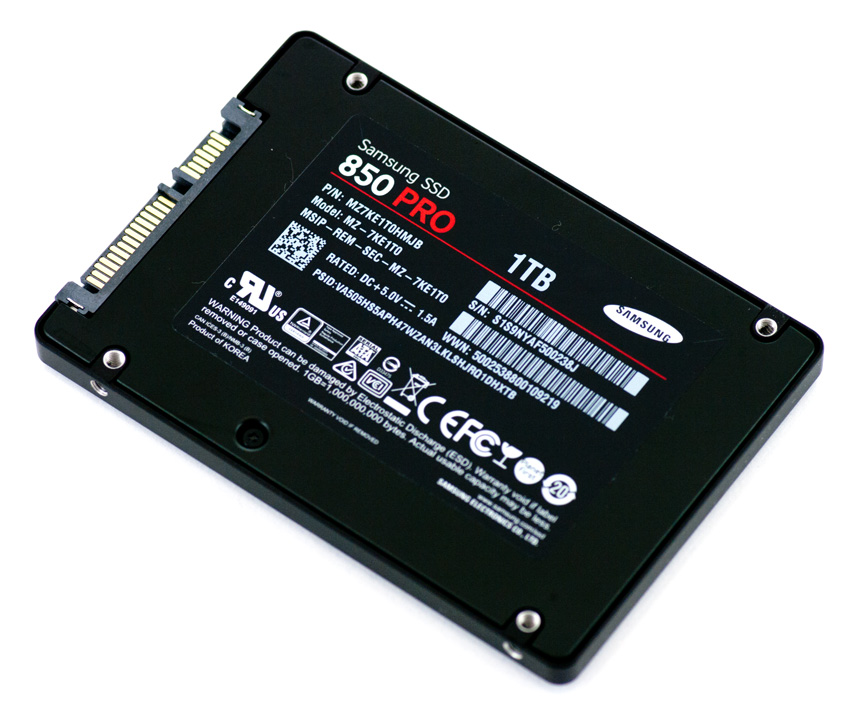 Due to the way data is written and read to the drive, however, SSD cells can wear out over time. SSD cells push electrons through a gate to set its state. This process wears on the cell and over time reduces its performance until the SSD wears out. This effect takes a long time and SSDs have mechanisms to minimize this effect, such as the TRIM command. Flash memory writes an entire block of storage no matter how few pages within the block are updated. This requires reading and caching the existing data, erasing the block and rewriting the block. If an empty block is available, a write operation is much faster. The TRIM command, which must be supported in both the OS and the SSD, enables the OS to inform the drive which blocks are no longer needed. It allows the drive to erase the blocks ahead of time in order to make empty blocks available for subsequent writes.

The effect of repeated reading and erasing on an SSD is cumulative and an SSD can slow down and even display errors with age. It’s more likely, however, that the system using the SSD will be discarded for obsolescence before the SSD begins to display read/write errors. Hard drives eventually wear out from constant use as well, since they use physical recording methods, so most users won’t base their selection of an HDD or SSD drive on expected longevity. 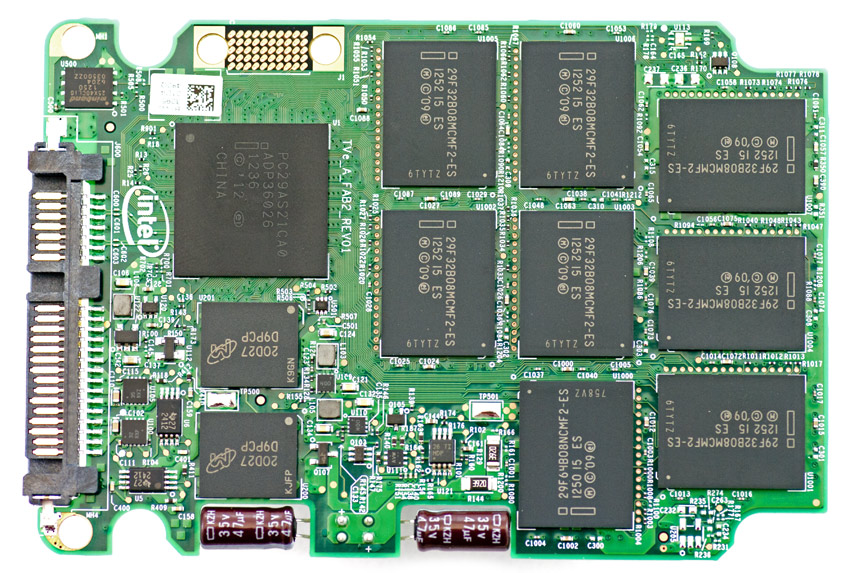 Overall, SSDs are considered far more durable than HDDs due to a lack of mechanical parts. The moving mechanisms within an HDD are susceptible to not only wear and tear over time, but to damage due to movement or forceful contact. If one were to drop a laptop with an HDD, there is a high likelihood that all those moving parts will collide, resulting in potential data loss and even destructive physical damage that could kill the HDD outright. SSDs have no moving parts so, while they hold the risk of a potentially shorter life span due to high use, they can survive the rigors we impose upon our portable devices and laptops.

What are the best uses for SSDs?

Stay Tuned for Part 2 of HDD vs SSD

That’s it for part 1. In our second part we’ll take a deeper look at the differences between HDDs and SSDs, how both HDD and SSD technologies are evolving, and how Backblaze takes advantage of SSDs in our operations and data centers.