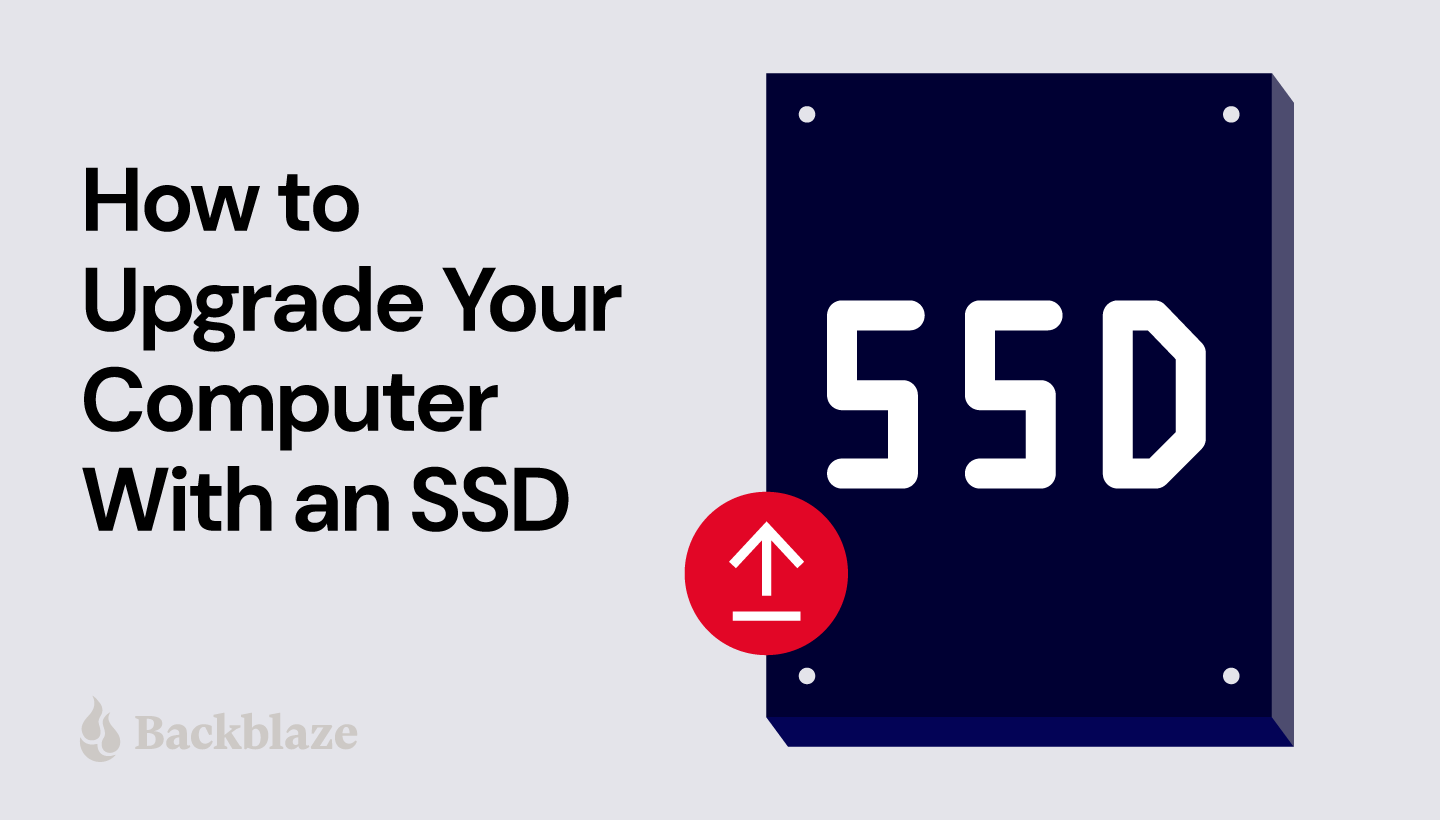 Editor’s note: This post has been updated since it was last published in January 2019 with the latest information to help you take advantage of SSDs.

Most new laptop and desktop computers come with a solid-state drive (SSD) installed instead of the traditional hard disk drive (HDD) we’ve all gotten used to over the past 30-plus years. If you own a computer with an HDD installed, maybe you’re finding it runs a bit slow and perhaps you’d like to boost performance by installing an SSD.

If your computer is more than a couple of years old, replacing the hard drive with an SSD is one of the most cost-effective changes you can make. That said, there are some practical challenges you’ll need to consider before you do, so let’s look further into SSD drives.

What Is an SSD?

SSDs contain a form of non-volatile computer memory. In other words, the information stays put on memory chips once it’s been written. That’s different from the regular RAM in your computer, which is reset when you turn off or restart the computer. Compared to HDDs, SSDs are more shock resistant and are less likely to be affected by magnetic fields. 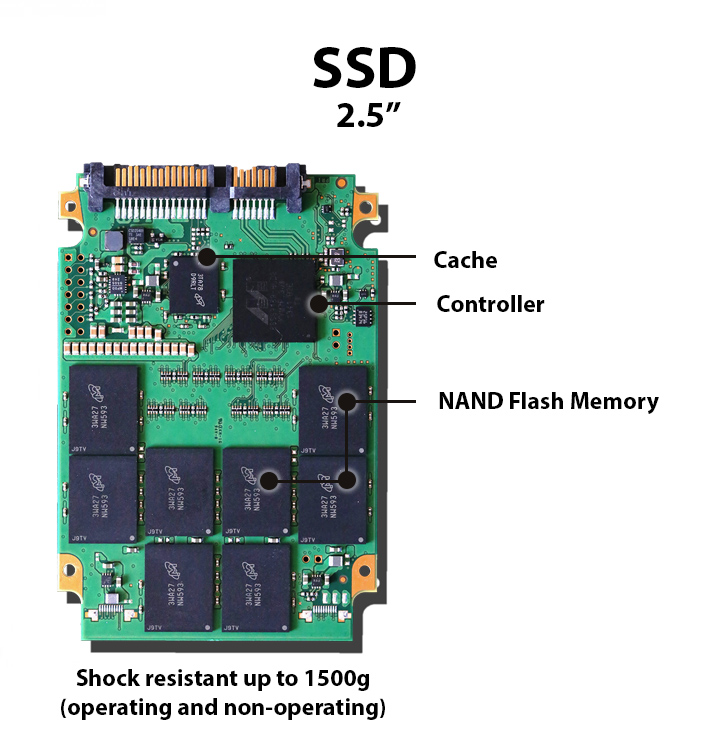 For more about the differences between HDDs and SSDs, check out “Hard Disk Drive vs. Solid State Drive: What’s the Diff?” or our two-part series, “HDD vs. SSD: What Does the Future for Storage Hold?”

Why Upgrade to an SSD?

Without any moving parts, SSDs operate more quietly, more efficiently, and with fewer breakable things than hard drives that have spinning platters. Read and write speeds for SSDs are much better than hard drives.

For you, that means less time waiting for stuff to happen. An SSD is worth looking into if you’re frequently seeing a spinning wheel cursor on your computer screen. Modern operating systems increasingly depend on virtual memory management, which pages out temporary swap files to disk. The faster your drive, the less performance impact you’ll experience from this overhead.

If you have just one drive in your laptop or desktop, you could replace an HDD or small SSD with a 1TB SSD for less than $60. If you’re a computer user with a great deal of data, replacing just the drive that holds your operating system and applications could provide a significant speed boost. Put your working data on additional internal or external hard drives, and you’re ready to tackle a mountain of photos, videos, or supersized databases. Just be sure to implement a backup plan to make sure you keep a copy of that data safe on additional local drives, network-attached drives, or the cloud.

Any Reasons Not to Upgrade to an SSD?

If SSDs are so much better than hard drives, why aren’t all drives SSDs? The two biggest reasons are cost and capacity. SSDs are more expensive than hard drives. A good 1TB SSD might cost you $60. A comparable hard disk drive will cost between $20 and $50 depending on the brand and whether or not the HDD is refurbished or new.

That’s not much of a difference, but as drive capacity gets larger, the cost differential gets increasingly larger. For example, an 8TB HDD drive runs $170 to $250, while 8TB SSDs start at $700. In short, while upgrading the 1TB internal hard drive on your computer to an SSD is cost effective, the same may not be true for replacing larger capacity drives, like those used in external drives unless the increased speed is worth the increased cost.

Whether your computer can use an SSD is another question. It all depends on the computer’s age and how it was designed. Let’s take a look at that question next.

How Do You Upgrade to an SSD?

Does your computer use a regular off-the-shelf Serial ATA (SATA) HDD? If so, you can upgrade it with an SSD. SSDs are compatible with both Macs and PCs. All current Mac laptops come with SSDs. Both iMacs and Mac Pros come with SSDs as well. The iMacs are available with HDDs and SSDs, although older iMacs may have an Apple Fusion Drive, which combines an SSD with an HDD. To determine the disk type in your systems:

Even if your computer already has an SSD, you may be able to upgrade it with a larger, faster SSD model. Besides SATA-based hard drive replacements, some later model PCs can be upgraded with M.2 SSDs, which look more like RAM chips than hard drives. Some Apple laptops made before 2016 that already shipped with SSDs can be upgraded with larger ones. However, you will need to upgrade to a Mac-specific SSD. Check Other World Computing and Transcend to find ones designed to work. Apple laptop models made after 2016 have SSDs soldered to the motherboard, so you’re stuck with what you have. 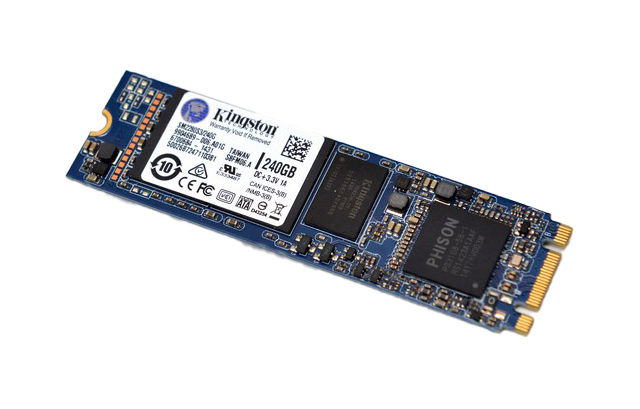 Comfortable taking your computer apart? Upgrading it with an SSD is a pretty common do-it-yourself operation. Many companies now make plug-and-play SSD replacements for HDDs. Check out Amazon or Newegg and you’ll have an embarrassment of riches. The choice is yours: Samsung, SanDisk, Crucial, and Toshiba are all popular SSD makers. There are many others, too.

That said, if you don’t know what you’re doing, it may not make sense to learn how. SSD upgrades are such a common aftermarket improvement most independent computer repair and service specialists will take on the task if you’re willing to pay them. Some throw in a data transfer if you’re lucky, or a skilled negotiator. Ask your friends and colleagues for recommendations. You can also hit up services like Angi to find someone.

If you are DIY inclined, YouTube has tons of walkthroughs like this one for desktop PCs, this one for laptops, and this one aimed at Mac users.

Many SSDs replace 2.5 inch HDDs. Those are the same drives you find in laptop computers and even small desktop models. Have a desktop computer that uses a 3.5 inch hard drive? You may need to use a 2.5 inch to 3.5 inch mounting adapter.

A Word on SSD Compatibility

Beyond the drive size, it’s a good idea to check to see if the SSD you want to buy is compatible with your laptop or desktop, especially if your system is older than a couple of years. Here are articles from ShareUs and Tom’s Hardware which can help with that.

How to Migrate to an SSD

Buying a replacement SSD is the first step. Moving your data onto the SSD is the next step. To that end, you need two things: cloning software and an external drive case or drive sled or enclosure, which lets you connect the SSD to your computer through its USB port or another data transfer interface.

Cloning software makes a bit-for-bit copy of your internal hard drive’s data. Once the data is transferred to the SSD, transplant the new drive into your computer and you should be good to go. I prefer to clone a hard drive onto an SSD whenever possible. If it’s done right, a cloned SSD is bootable, so it’s literally a plug-and-play experience. Just copying files between the two drives instead may not copy all the data you need to get the computer to boot with the new drive.

How to Clone a Hard Drive to an SSD

A new SSD, or even a new hard drive, is unlikely to come pre-populated with the operating system your computer needs. Cloning your existing hard drive fixes that. That may not be possible all the time, however. For example, maybe you’ve installed the SSD in a computer that previously had a bad hard drive. If so, you can do what’s called a clean install and start fresh. Each OS maker has different instructions. Here’s a link to Microsoft’s clean install procedure, and Apple’s Mac clean install instructions.

As we said at the outset, SSDs cost more per gigabyte than hard drives. You may not be able to afford as large an SSD as your current drive, so make sure your data will fit on your new drive. If it won’t, you might have to pare down first. Give yourself some wiggle room, too. The last thing you want to do is immediately max out your new, fast drive.

You’ve cloned your drive and moved the SSD into your computer. What do you do with the old drive? If it’s still working okay, consider reusing that external drive chassis that you bought to do the migration. Keep it as an external drive by itself or in a disk array such as a NAS device. You can use it for local backup—something we strongly recommend doing in addition to using cloud backup like Backblaze. Or just use it for additional storage, like for your photos or music. We have detailed tips in blog posts for both Windows and Macs.

Make Sure to Back Up!

SSD upgrades are commonplace, but that doesn’t mean things don’t go wrong that can stop you dead in your tracks. If your computer is working fine before the SSD upgrade, make sure you have a complete backup of your computer to restore from in the event something goes wrong.

You might enjoy reading other posts in our SSD 101 series.

A Guide for the Family IT Manager
Next Post: Understanding Cloud Backup vs. Cloud Sync