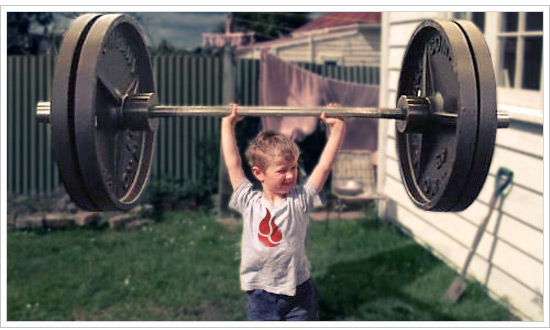 We started our online backup service five years ago, determined to help people never lose data again. I’m excited to announce that today we have a new partner, TMT Investments, and some extra cash to help us achieve that goal!

This is awesome news for our customers who have come to rely on our service and for the millions of people who need an online backup service like ours. Oh, and it’s pretty fantastic for us too.

I wanted to spend a few minutes taking you through the process of how we got here. Backblaze is already profitable and growing quite quickly, so you may ask, “Why take funding now?” It’s a good question, so let’s start at the beginning…

Backblaze at the Beginning: Bootstrapping

When we originally started Backblaze, we wanted to focus on building the business—not on raising funding. We were worried funding would influence the direction of our product and the culture of the company. We also didn’t want to give away control and a large part of the company.

Thus, we decided to bootstrap. What that looked like was five people committing to a year without salary and putting some of our own money into the business.

Typically companies grow while losing money and raise VC funding as an operational requirement. Without funding, there were certainly some lean years for us in the beginning! In fact, an online backup service may have been the craziest business to bootstrap. It turns out that it is incredibly capital intensive to build 40 petabytes of storage, even using our cost-efficient cloud storage. However, we were committed to helping people backup data, were innovative about reducing the cost of storage, went without salaries for a while, pinched pennies where possible, and found our way through the wormhole to a fast-growing and profitable company a couple of years ago.

While we chose not to raise funding to start Backblaze, we decided we would re-evaluate our decision to bootstrap every six months to make sure this was still the right path. There were certainly a number of companies interested in giving us funding, but we continually decided it was better for us to go without.

About six months ago we had one of these discussions and for the first time said, “Hmm, it might be an interesting time to raise funding.” There were several reasons why we decided it may finally be the right time:

We have been growing about 100% year-over-year primarily through word-of-mouth. That’s excellent. However, with 90% of people still not backing up their data, we have a long way to go. All too often I still hear, “My drive crashed and I lost everything; I wish I’d heard of Backblaze earlier.” We liked the idea of being able to spread the message of backup faster.

Bootstrapping required us to hire people after we had the cash flow to fund their salaries. This resulted in a healthy amount of rigor in determining whether a new position was really necessary. At times we felt someone was critical but we had to wait to hire them. Funding would allow us to hire a little bit ahead of cash flow to make sure we get the best and the brightest on board to grow the company.

After going without salaries in the beginning it would be nice to get back some of that forgone salary from those early lean years. Our significant others are really supportive, but got tired of eating instant ramen somewhere around 2010.

With five profitable years in business, we felt that our culture was firmly established and that it might be possible to find a partner that would trust us and not feel the need to control the company.

Even with these drivers, if we really were going to go down this path, it had to be with the right partner; one that would be entrepreneur-friendly and would want to help, rather than control, the company.

Over the past five years, I’ve had conversations with over 50 VCs that had reached out to us. We didn’t want money then, but having those relationships if we ever decided to raise capital seemed worthwhile. I put together a list of all these people. I also reached out to a few fellow entrepreneurs and our lawyers and asked which VCs they thought would be great to have as partners.

I narrowed the list down and it turned out to be surprisingly easy to get initial meetings and follow-up partner meetings set up quickly with a lot of top VC funds. Maybe this shouldn’t have surprised me since we had built a profitable company (which was almost acquired) but it was different from my previous experience raising funding years ago.

One of the most common questions asked of us was, “Why don’t you take more cash? $10, $20, $50 million?” The reaction VCs had to my response helped me realize that while they might be “top VCs,” some may simply not be the right partner for us at this time.

Why wouldn’t we take more money when we could? For the same reason we didn’t take money over the last five years: money isn’t free. And I don’t mean just the equity you give up—that’s the obvious part. Less obvious, but possibly even more important, is the impact that having lots of cash in the bank has on a company. The innovation around the Storage Pods resulted out of necessity; we couldn’t afford to pay for overpriced storage. So much of the Backblaze culture is built on the goals of being focused, efficient, and creative. Having a ton of cash could tug at those goals. At our scale now, a few million dollars is useful, but won’t change the culture. With $50 million sitting in the bank, I’m not sure I could say the same thing. Discussions like this one and others regarding growth, what products to build, whether a board seat was required, etc. helped us clarify which VCs saw the same path going forward that we did.

Some VCs expressed interest in investing, some wanted to collect more data, and some said it wasn’t a fit. Since we had a profitable company and didn’t need to raise funding, I was happy with the first and last responses; the only path I didn’t want was one that would use up a ton of time we could otherwise spend building the business.

Early on in the process, I mentioned to my friend and entrepreneur-turned-VC, Igor Shoifot that we had decided to explore funding, and he said, “Let’s do this!”

Igor has started and successfully run a number of startups and bootstrapped his most recent one, so he understands what it takes and is passionate about helping entrepreneurs. Over an informal dinner with a few of his partners at TMT Investments, I realized that in addition to good chemistry, his partners were successful entrepreneurs themselves and we shared a mutual understanding about the most effective way for us to work together.

Sometimes when a company accepts VC money, its management team gets shoved aside. The new investors bring in their “talent” and start running the business, thinking this will maximize their returns. TMT was a perfect fit because from the very beginning, they realized we wanted a partner, not a new management team. So, the team that built Backblaze into the company you know and love today will still be running the show, only with the resources to do more.

We started hammering out what a deal might look like. TMT was reasonable in their requests and open to ours. They were willing to work with us to make sure that the documents reflected our mutual goals and didn’t have a “but this is just the way we do things” mentality—which was a good sign that they would be a great partner. TMT has also made investments in a number of other successful companies such as Wrike.com, Hotlist, Socialize, Ninua, DepositPhotos, PeekYou, and Gild, among others.

With a great partner and a good deal on the table, the five founders voted to take the leap from being a bootstrapped company to a VC-backed company. Together with TMT, we worked to quickly get the documents finalized and signed. Well…“quickly” might be an overstatement.

In any financing, there are some normal steps: a term sheet, due diligence, final documents, and closing. That process alone typically takes months. In our case, there was the added complexity of allowing the founders to sell shares in the financing. 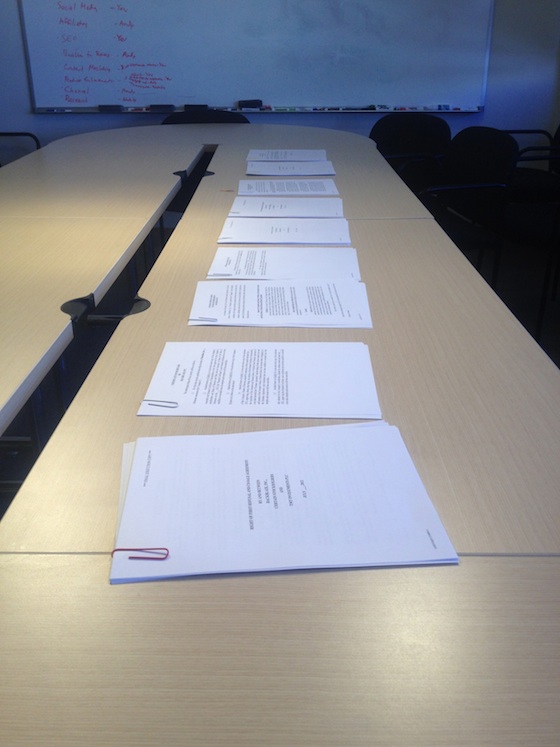 Then, we added one more twist for our lawyers: we wanted to allow not only the founders to sell some shares, but all shareholders because we believe everyone helped us get here and should share in the success. We set a flat, small percentage of shares that anyone—founder, employee, or contractor could sell. It turns out this is called a “Tender Offer” and has a whole set of its own rules associated with it, including an extra 20-day waiting period. This is one of those times where having a good legal team was really valuable!

The closing process was full of interesting occurrences: one that stands out is meeting one of the share sellers in Panama while I was on vacation so that he could sign the documents since he’s completely “off the grid.” I’m happy to say that after a little signing party at the office, we now have the 160 pages of legalese behind us. 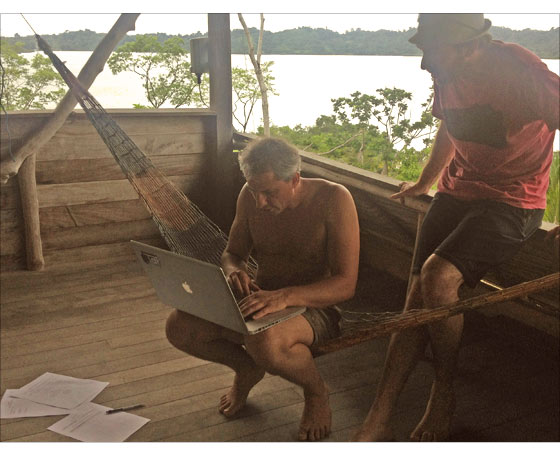 We continue to believe that with 90% of people not backing up their data regularly, data backup is still a huge opportunity worth pursuing. Don’t expect us to veer (or pivot) off of our core path. However, do expect us to increase our rate of hiring in order to continue making the service easier to use and even more accessible, and definitely expect to see more of us in both the usual and unusual places as we expand our marketing efforts!

If you were in our position, how would you use the new funds to improve Backblaze and our marketing efforts to increase the number of people backing up their data?