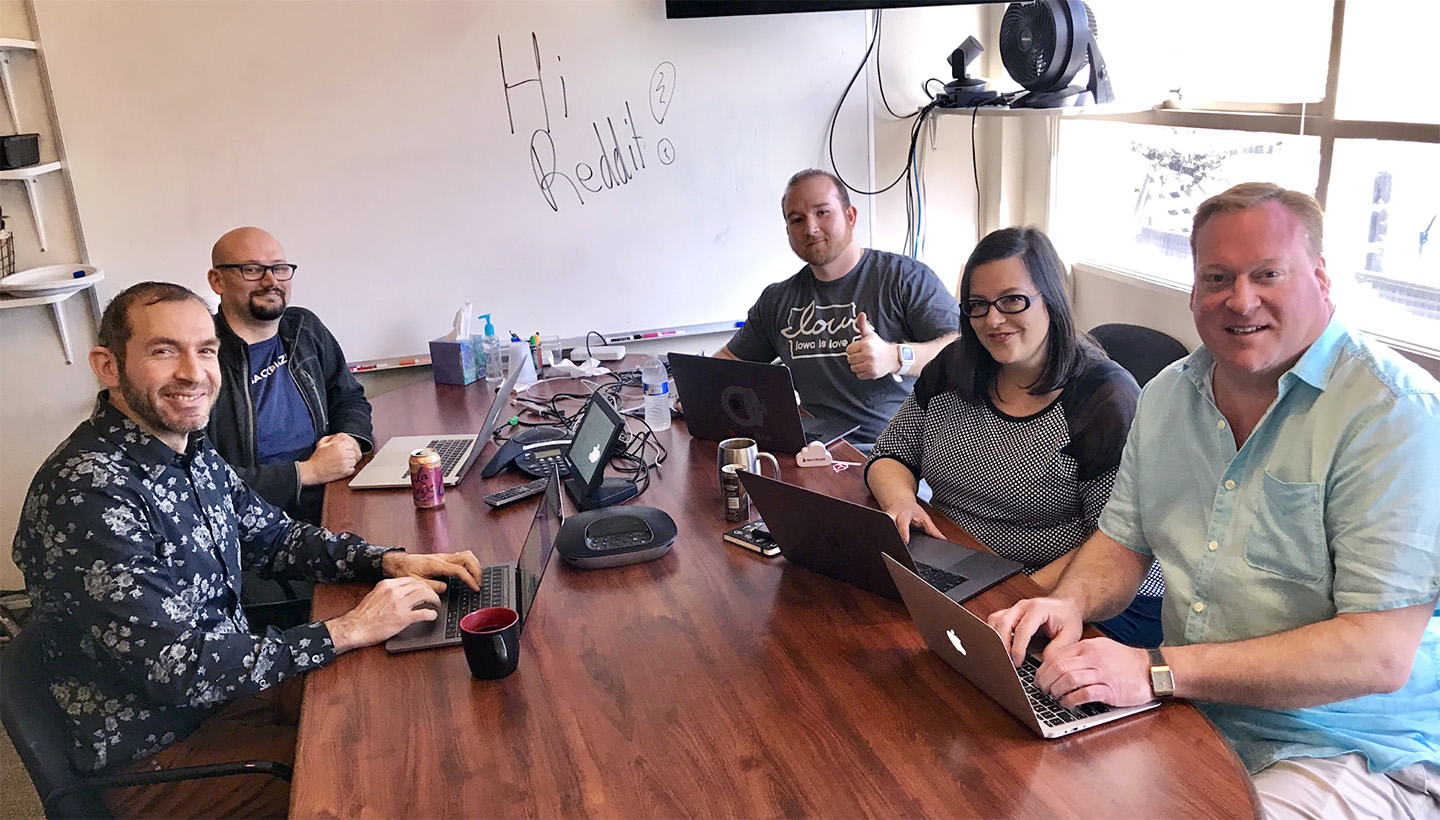 When you open the door to the internet, you have absolutely no idea what is going to come through. That is especially true for Reddit — the front page of the internet and one of the world’s most popular websites. Since Backblaze prides itself on the transparent way we do business, the decision to participate in an IAmA on Reddit was an easy one. It was an exciting opportunity to give people insight into Backblaze and start a conversation with anybody in the world that could lead pretty much anywhere.

If you’re not familiar with a Reddit IAmA (I Am a), it’s a subreddit (/r/IAmA) for question-and-answer interactive interviews. Redditors can ask the subject(s) whatever they wish, which is the reason it is called an AMA, short for “Ask Me Anything.” The resulting comment thread is preserved on Reddit. Backblaze did our first AMA in 2012, so we thought it was time for a second one.

Twelve years ago, Backblaze was formed after our founder’s friend called to tell him that her computer had crashed. She had no backups and her data was gone. As a result, Backblaze was founded to help consumers and businesses back up their data in the simplest way possible to avoid data loss.

World Backup Day was similarly started when a Reddit user lost their hard drive and wished someone had reminded them to back it up. A small group within the Reddit community realized the importance of backing up and the rising trend of data loss. In an effort to raise awareness, they created World Backup Day. With our goals aligned, in partnership with World Backup Day and Reddit, Backblaze decided to do an IAmA.

In 2012, Backblaze was a smaller company with only 25 petabytes of data under management and fifteen employees. Most of us participated in the IAmA that year. At the time, people wanted to know about the future of Backblaze and the possibility of our company going out of business. Our CTO, Brian Wilson, responded with:

Seven years later, both of those statements still hold true.

Of course, in almost a decade since, a lot has changed. We store over 750 PB of customer data from customers in 150+ countries. Our 15 person team has grown to almost 100. But, some things still stay the same — less than 6% of computer owners back up their data once a day or more. So, Backblaze decided to return to Reddit to promote World Backup Day and check in with the internet.

Once again, the most upvoted comment came from our CTO, Brian. When asked why Backblaze forced users to back up their C drive, Brian explained that he wrote the client that way “to solve a very real problem.”

Originally, Backblaze allowed users to de-select their main drive. And a horrible problem appeared almost immediately. Customers began de-selecting their drive, either because they were unaware that the C drive contained data that they might need or simply by mistake. They would then contact our support and find that they were unable to restore their data. This included photos of children that had passed away already (we had two cases of that exact situation), and other irreplaceable data now gone forever.

At that point, Brian re-wrote the client to force the inclusion of the main drive. It was a decision that some didn’t like. However, per Brian, “the fix worked spectacularly well” and we no longer have any customers accidentally losing data because they de-select their drive. Based on the numerous responses from people working in IT, Brian got it right. “Software has to be written for the end user”, one IT guy replied. “All the best and most popular software (and hardware) is simple and easy to learn.”

What Were Some Other Questions?

While we had originally scheduled two hours for the IAmA, we ended up going for five (our social guy, Yev, may still be on there right now).

Among the questions were a couple of requests to show off our Storage Pods. We talked podcast sponsorships, clarified our process for ordering hard drives, and answered hundreds of questions and comments. As of the publication of this blog post, we had over 1,300 comments. 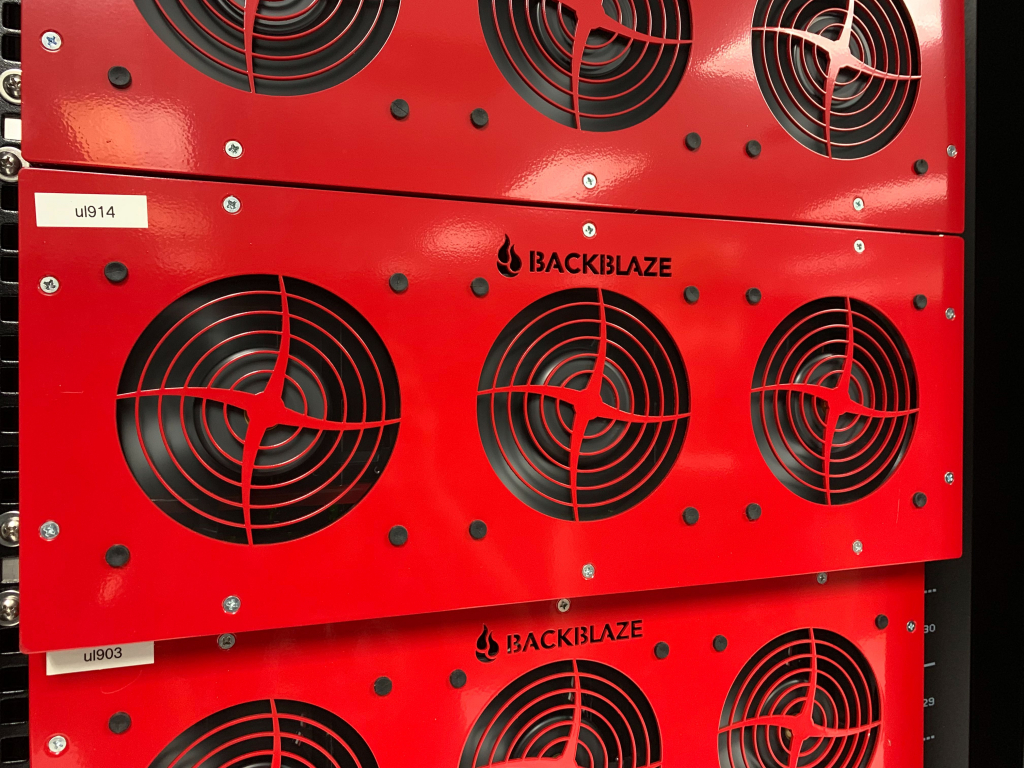 Of interest was how Backblaze continues to provide a truly unlimited computer backup solution. Our industry has seen almost all unlimited solutions vanish from the market. But Backblaze has doubled down on it over the past few years. That begs the question of how we continue to sustainably support the product line. We currently have one customer backing up 430 terabytes for $6 a month. At that price, we are clearly losing money on that customer. However, most of our customers have much less data. So, while we are losing money on that one customer, we are profitable on average. There are other reasons to support the outliers — those customers demonstrate that we are truly unlimited. No service that was throttling or selectively backing up files would enable 430 TB to get backed up. Yes, that ends up being a business cost, but those outlier customers become big evangelists as well. You don’t get that much data without being somewhat of a storage enthusiast. Our CTO, Brian, brought up another great reason: when the product works for the really big outliers, then “it will work really smoothly for the average customer.”

If you are interested in reading more of our IAmA conversation, you can do so on Reddit. Or, if you would like to back up all of your end users’ data in the most simple, reliable way possible, we invite you to try out Backblaze Business Backup.

Welcome to Our New Blog
Next Post: Back Up Your Tax Data To Keep Your Records Safe