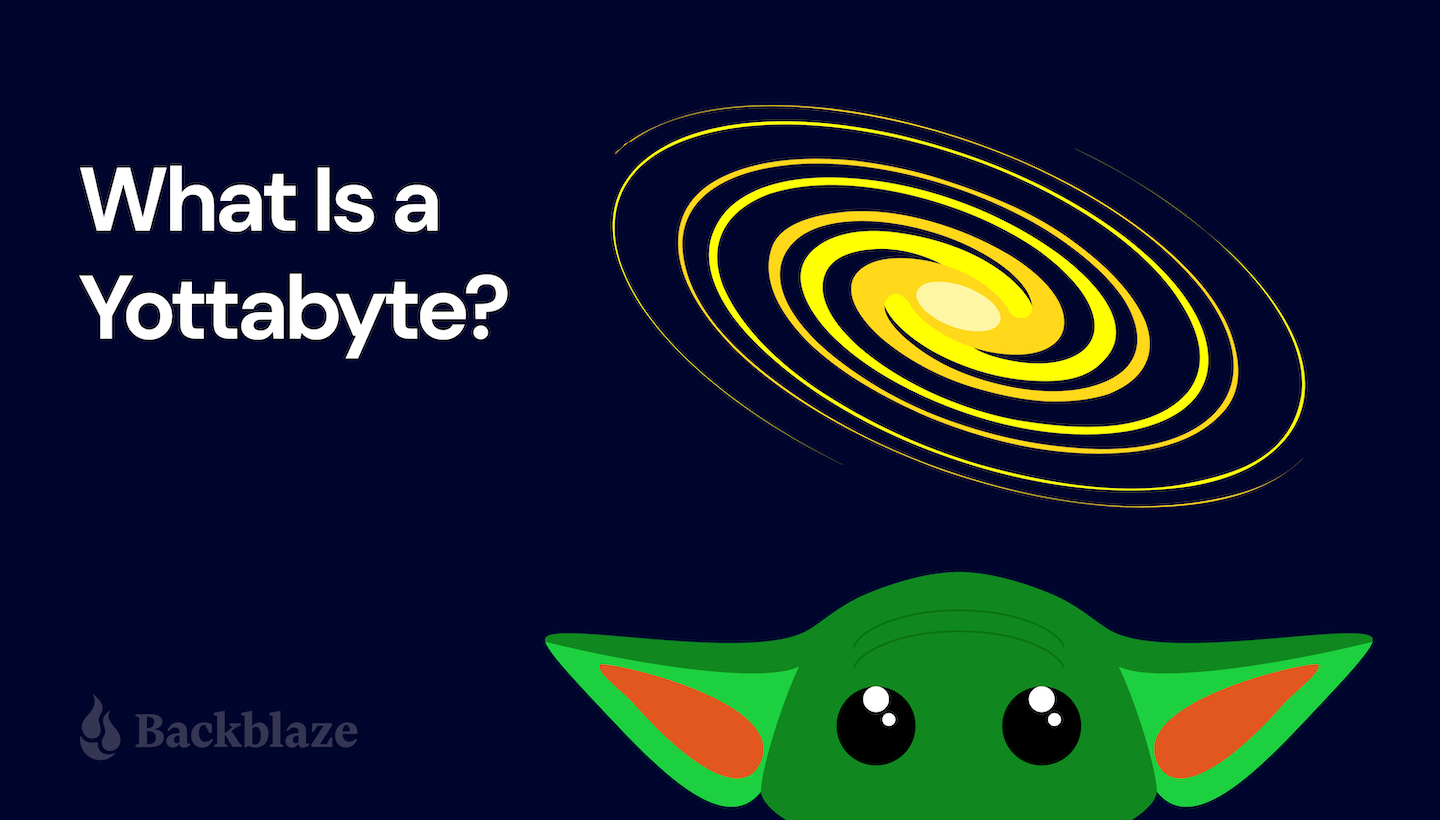 A Yottabyte, We Will Define

A yottabyte (technically pronounced “yadda-bite,” not “yoda-bite,” but it’s the eve of May the Fourth and we couldn’t pass up a “Star Wars” reference) is a phenomenally huge number of bytes. As a refresher, a byte is a unit of digital storage made up of eight bits (short for binary digit which are either a one or a zero).

To compare, the last time we defined a big number, we looked at an exabyte, which is only a measly 1018.

Put it in other units of measure, one yottabyte =

Feel the force of the zeroes, you will!

To give you some examples of what these fantastic figures actually look like, we put together this infographic with some approximations to bring a yottabyte into perspective. Keep in mind, right now, nothing is actually measured in yottabyte scale—it’s a theoretical number that’s just sitting around waiting for the future of supercomputing to be put to good use.

If you want to share this infographic on your site, copy the code below and paste into a Custom HTML block.

“And, well, you should not,” in the words of Yoda. Now that you know what a yottabyte looks like, let’s look at how much data storage Backblaze has under management.

Way back in 2010, we passed 10 petabytes of cloud backup data under management. It was a big deal at the time and we celebrated it on our blog. We made an infographic about it and thus began our infographic journey into the world of big numbers.

Just five months after that, we passed 100 petabytes and compared it to Mt. Shasta…

We were really on a roll—150 petabytes in early 2015, 200 before the end of that year. The storage was accelerating, and we couldn’t mark every milestone with a cool visual. That was, until we hit one exabyte in 2020.

And it hasn’t slowed down since then. Today, we have over two exabytes of data storage under management. We’re nowhere near a yottabyte yet, but like Yoda says, “Patience, you must have.”

Two exabytes today. A yottabyte tomorrow. Maybe? Someday? Either way, you know we’ll be there with a handy infographic whenever the day comes.

How to Back Up Your Windows Server With Backblaze B2 Cloud Storage and MSP360
Next Post: Backblaze Drive Stats for Q1 2022