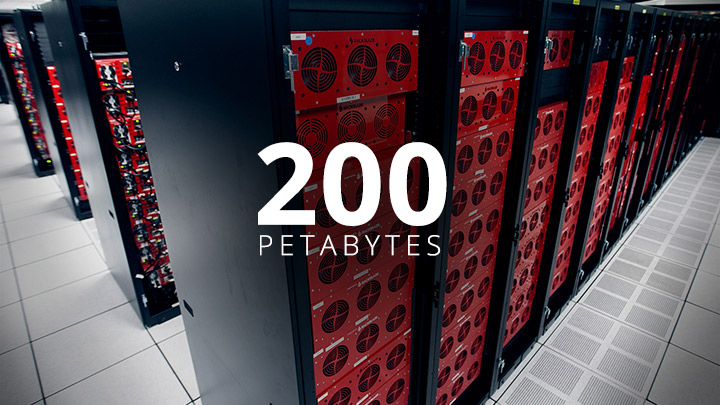 You might ask, “What’s the big deal?” Surely Google, Facebook, Amazon, Microsoft, and others must have more data. Certainly they do, but how much? Search for “how much data does google store” on Google and you’ll get a lot of articles, which say something like “Google has a lot of data, but they won’t say how much,” or “Back in 2006 Google had this much, so maybe now they have this much.” One article in What-If calculated the amount of Google data to be about 15 exabytes. This was done in the context of trying to determine what would happen if the data in Google’s data centers was in fact stored on punch cards—spoiler alert, Boston gets crushed.

The folks at the Tech Expectations blog have bravely tried to answer the “How much data does ‘x’ store?” question, but even they couldn’t locate a decent number for Amazon S3, Microsoft OneDrive, or Google Drive.

With that said, what we do know is that Backblaze has a little over 200 petabytes of customer data. The data currently resides on 54,675 hard drives as follows: 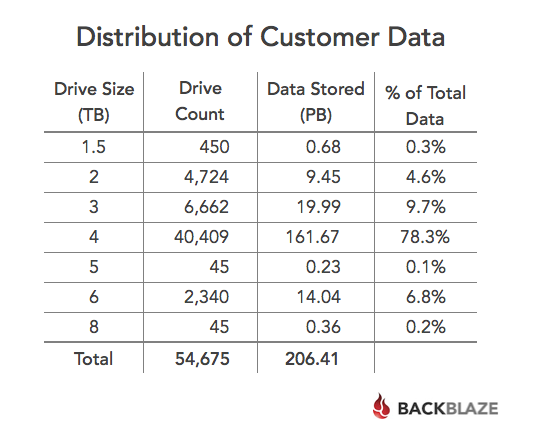 The data is stored on 1,215 Storage Pods (servers) arranged either as stand-alone servers or as part of a Backblaze Vault, with each Storage Pod averaging 169.88 terabytes of data.

What’s next is more customer data. For an idea of what we expect, let’s look at how our data storage has grown over the last few years: 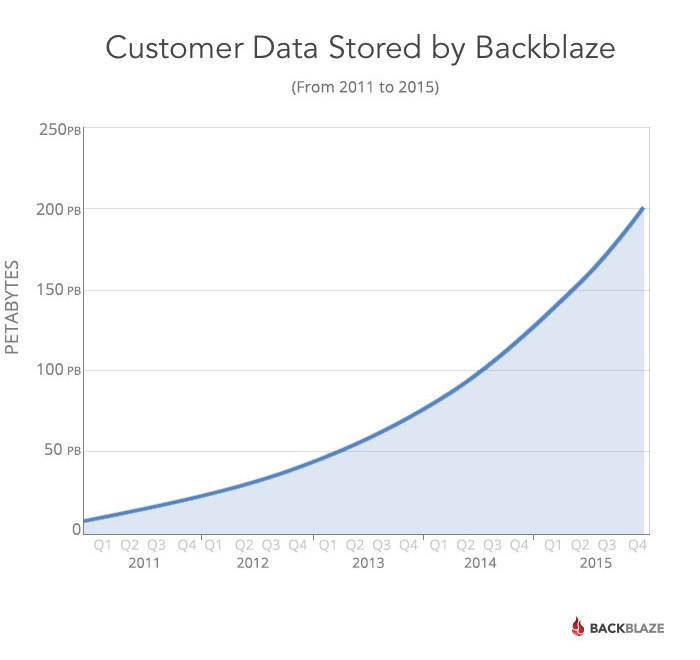 Projecting forward, we should have 250 petabytes of customer data in early Q3 2016 and 300 petabytes by late 2016. But wait, as Backblaze B2 Cloud Storage comes online, that will certainly add a petabyte or two or a hundred to our 2016 numbers. It is going to be a fun year. In the meantime, we’ll keep hiring data center techs, network administrators, and so on. Let us know if you’re interested, we’ll need the help.