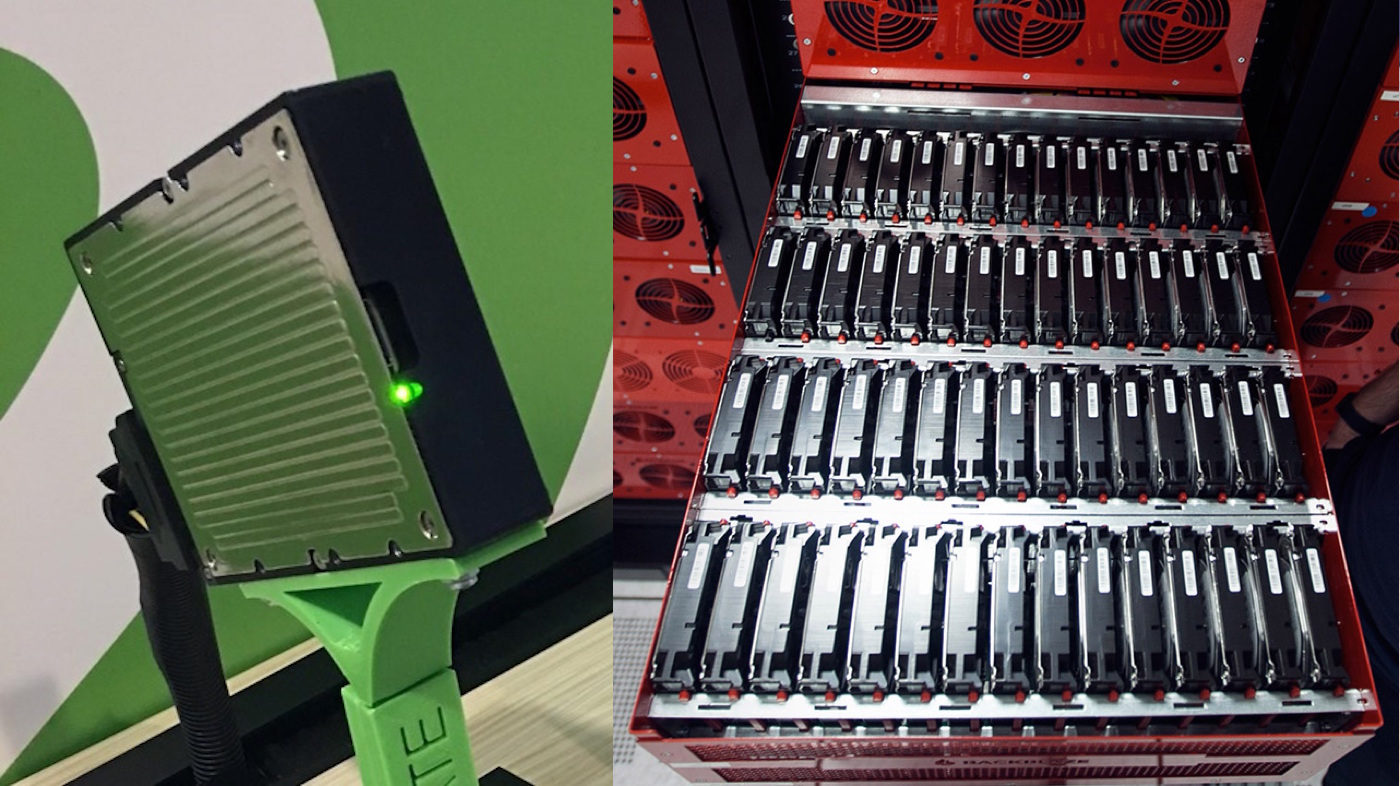 Seagate just introduced a 60TB SSD. Wow. As Backblaze scurries about upgrading from 2TB to 8TB hard drives in our Storage Pods, we just have to stop for the moment and consider what a 3.6PB Storage Pod would look like and how much it would cost. Let’s dive in to the details…

What We Know About the Seagate 60TB SSD

A number of sources (Engadget, Computerworld, Mashable, and Tom’s Hardware, to name a few) covered the news. From the Backblaze Storage Pod point of view, here are some important things to know. The Seagate 60TB SSD comes in a 3.5-inch form factor. It uses a 12 Gbps SAS interface and consumes 15 watts of power (average while active). There are a few other fun facts in the articles above, but these will work for now as we design our hypothetical 3.6PB Storage Pod.

What We Don’t Know Today

We don’t know the price. Seagate is calling this enterprise storage, which in Backblaze vernacular translates to spending more money for the same thing. Let’s see if we can at least estimate a list price so we can do our math later on. We’ll start with the Samsung 16TB SSD drive, recently introduced. As they make their way to the market, their price is roughly $7,000 each. Using that number, simple math would get us a price for the Seagate 60TB drives to be $26,250. That seems high, even for enterprise storage, so let’s give a discount of 25% for scalability, bringing us to $19,687.50 each. Applying marketing math, I’ll round that up to $19,995.00 each Seagate 60TB SSD. That’s as good a WAG as any, let’s use that for the price.

The most economical way for us to proceed would be to use our current 60-drive chassis (Storage Pod 6.0) with as few modifications as possible. On the plus side, the Seagate 60TB drive has a 3.5” form factor, meaning it will fit very nicely into our 60-drive Storage Pod chassis. On the minus side, we currently use SATA backplanes, cables, and boards throughout, so there’s a bit of work switching over to SAS with the hard part being 5-port SAS backplanes. In a very quick search, we could only locate one 5-port SAS backplane and we weren’t sure it was being made anymore. Also, we’d need to update the motherboard, CPU, memory, and probably convert to 100Gb network cards, but since these are all readily available parts, that’s fairly straightforward (says the guy who is not the designer).

We do have the time to redesign the entire Storage Pod to work with SAS drives given that Seagate doesn’t expect to deliver the 60TB drives until 2017, but before we do anything radical, let’s figure out if it’s worth it.

If You Build It…

Toshiba just announced a 100TB SSD, due out in 2017. No pricing is available yet, and I’m tired of doing math for the moment, but a 6PB Backblaze Storage Pod sounds amazing.

In the mean time, if either Seagate or Toshiba need someone to test say, 1,200 of their new SSD drives for free, we might be interested, just saying.