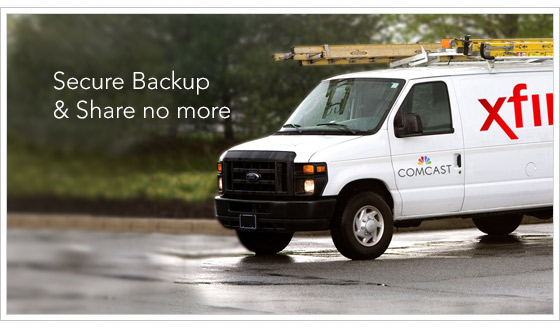 Comcast, the largest high speed internet provider in the US with over 20 million subscribers, launched an online backup service called Secure Backup & Share in 2010 through a partnership with Mozy.

This Thanksgiving weekend, December 1, 2013, Comcast Secure Backup & Share is shutting down and deleting all customer data.

The first question is, “Why are they shutting the service down?”
It’s unclear and they don’t say. However, when Comcast announced this partnership in 2010, Mozy had a strong focus on consumers. Since its acquisition by EMC, Mozy has been moving away from consumers to focus on enterprise sales.

Perhaps this contract has expired and Mozy decided to continue defocusing on consumers by not renewing the contract?

Canceling their unlimited plan and switching to a 50GB plan for $6/month upset many of their users.

Thus, perhaps Comcast found that customers strongly preferred the unlimited storage model so as not to have to worry about usage caps or surprise charges?

Or perhaps the contract from Mozy became increasingly expensive as Mozy’s underlying cost of storage was too high?

And the second question of course is, “What should all those customers do to backup the data on their computers?”
Obviously, we think the answer is customers should sign up with Backblaze.

Signing up with Backblaze enables customers to:

Did you ever use Secure Backup & Share?
Have other theories on why it may be shutting down?