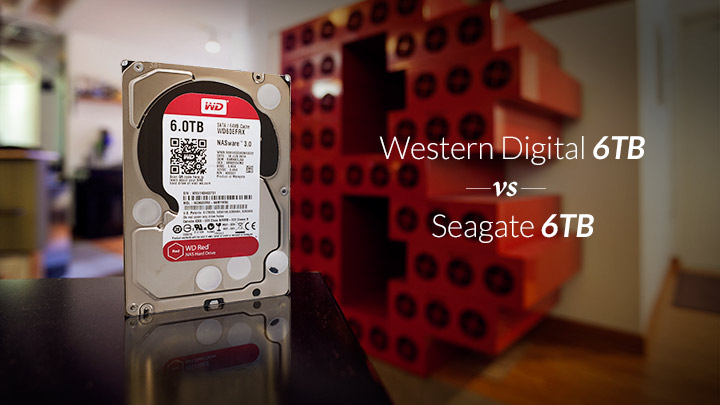 In a previous post, we described how we set up and load tested our Storage Pods. Each of the 6TB drive Pods passed their set up and load testing without incident and were deployed, first the Western Digital Pod and a few days later the Seagate. For comparison purposes, we also deployed Storage Pod UL838, which had 4TB HGST drives installed.

Backblaze currently receives 130TB of data from our customers to store each day. Data arrives in similarly sized encrypted blocks of data. On any given day, there are 20-40 Storage Pods accepting these data blocks as they arrive. As a block arrives, it is passed to a Storage Pod. If that Pod is busy, the data block is passed to the next Pod in line. Over the course of each day, this results in all the available Storage Pods being given the same opportunity to accept data at the same rate.

Newly installed Storage Pods accept data for the most part unencumbered until they reach 80% full. At that point a Storage Pod will reduce the amount of data it receives each day. New Storage Pods come online on a regular basis so that arriving data always has a place to go without delay.

When UL796, UL800, and UL 838, came online, we recorded various statistics with regards to how much data they loaded. Here’s a sample of the relevant storage data collected on one of those days.

The amount of data each of these Storage Pods received each day of the period of observation is shown below. We stopped recording when a given Storage Pod reached 80% full. 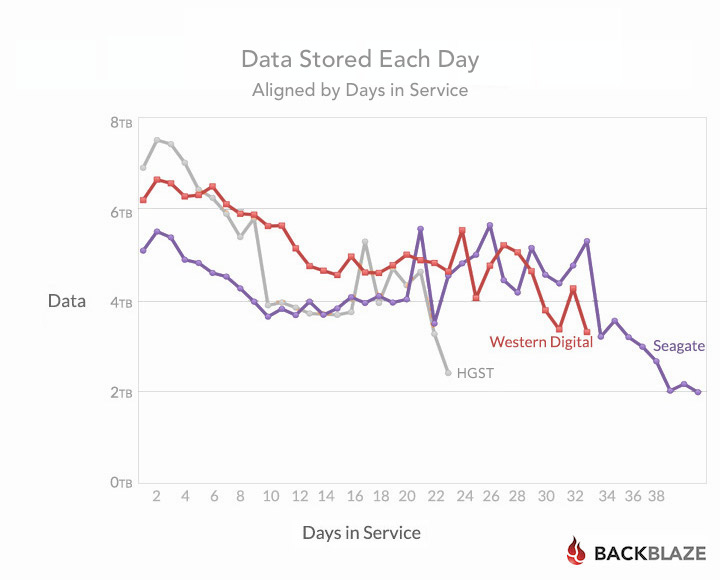 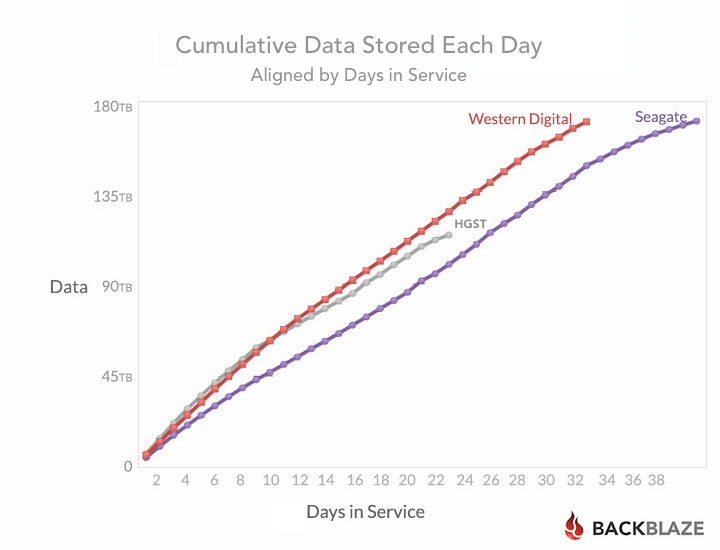 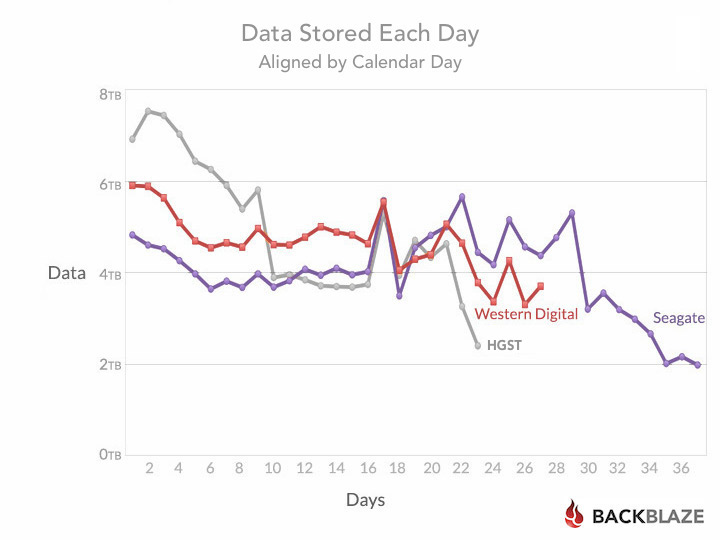 Observe that the different Storage Pods filled up at different rates. Here is how quickly each Pod reached 80% capacity.

This translates to the following average data stored per day for each Storage Pod.

The Western Digital hard drive loaded data faster than the Seagate and even edged out the HGST.

Let’s review the Seagate and Western Digital drives so far:

Next Step: Scaling the Test

Is Seagate Shut Out?

The Seagate 6TB drives performed well, albeit they loaded a little slower. They also use a little more electricity than we’d like. Still, they are not shut out. We really like to have multiple qualified hard drives to order and use in our Storage Pods. Diversification is good. To that end, we expect to order additional Seagate 6TB hard drives over the coming months, build them into Storage Pods, and monitor how they perform. Assuming they perform well, the 6TB Seagate hard drives would be added to our list of qualified drives.

Today, the Western Digital hard drives are first in line to be our choice for 6TB drives. Of course, we just ordered 45 HGST 8TB Helium hard drives for testing. Their unit price is still a bit too high for cost effective deployment, but thanks to the return of a relentlessly decreasing hard drive pricing curve, it could be just a matter of time. In fact, Seagate is now beginning to ship their 8TB shingled magnetic recording (SMR) hard drives for a reported $260 a drive. Availability is spotty at the moment, but is certain to improve over the coming months. Using either the HGST or the Seagate 8TB drives means a 360TB Storage Pod is imminent—we can hardly stand the wait…