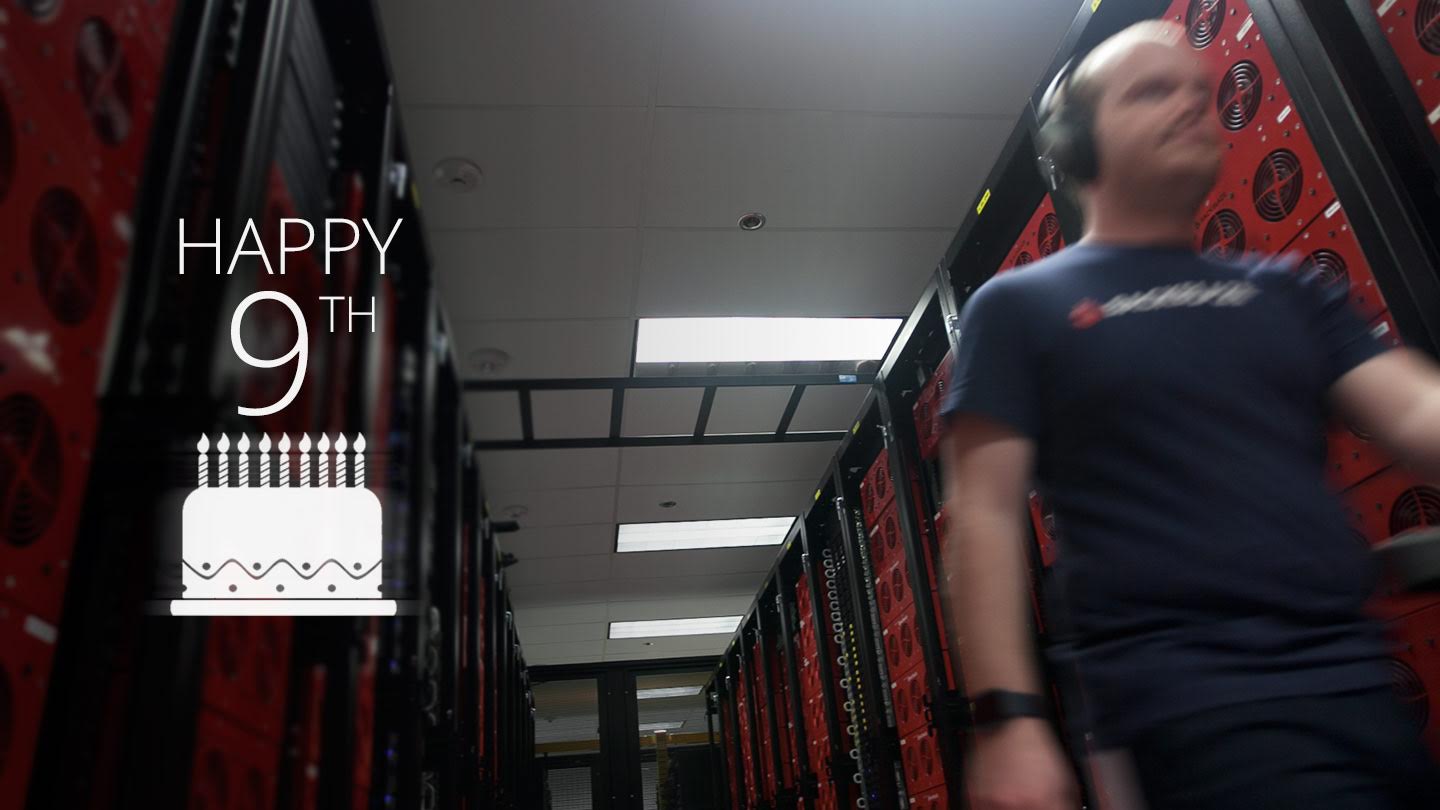 Backblaze turns nine today! That’s right, back on April 20th, 2007, Backblaze was officially incorporated in Delaware. We wrote about our fifth birthday back in 2012, but we wanted to take a moment and look back at the last four years. We’ve been pretty busy.

Over the last four years:

We’ve got a lot of cool projects coming down the pipe, and we couldn’t be more excited to share them with you, but they’ll have to wait. On this April 20th, our birthday, even though your friends probably aren’t idiots, listen to our friend SecuriTay and remind them to back up their machines:

Can I Use an SSD With Time Machine?
Next Post: Storage Pod 6.0: Building a 60 Drive 480TB Storage Server