If someone from the future—two decades or two centuries from now—traveled back in time to today, they’d probably chuckle at our use of hard drives and USB sticks, the way we now wonder how we ever survived with floppy disks and Zip drives. Want a peek at the kinds of storage devices we’ll be using in the future? From helium hard drives to DNA digital storage, here’s what the future of data storage technology might look like.

Inventors and researchers continue to push the envelope when it comes to capacity, performance, and the physical size of our storage media. Today, Backblaze stores 150 petabytes of customer data in its data centers, but in the future, they’ll likely be able to store an almost incomprehensible amount data—zettabytes if not domegemegrottebytes. (Nice names, right? A petabyte is equivalent to one million gigabytes, a zettabyte equals one million petabytes, and a domegemegrottebyte equals 1,000 zettabytes.) With the human race creating and saving an exponential amount of data, this is a great thing and the future of data storage is pretty exciting. Here are a few of the emerging storage technologies that may be signs of what’s on the horizon.

Helium-filled hard drives have lately been pushing the capacity boundaries of hard drives, which are typically filled with air. Last September, Western Digital announced the world’s first 10TB hard drive, just a few weeks after Seagate announced its 8TB air-filled hard drive (the largest hard drive at the time). By using helium instead of air, helium-filled drives use less power to spin the disks (which spin more easily thanks to less resistance compared to air), they run cooler, and they can pack in more disks. This summer, Backblaze created a 360TB Storage Pod with 45 HGST 8TB drives and found these to be tops for data load tests. At $0.068 per GB for the 8TB HGST helium drive (About $550 on Amazon. Seagate helium drives have a lower cost per GB, however.), the technology is still expensive. Still, these high performance drives will likely only get cheaper and even more expansive—perhaps affordable enough even for consumer use.

SMR is a new hard drive recording technology. As with helium-filled drives, SMR technology allows for higher capacity on hard drives than traditional storage methods. As Seagate explains it:

SMR achieves higher areal densities by squeezing tracks closer together. Tracks overlap one another, like shingles on a roof, allowing more data to be written to the same space. As new data is written, the drive tracks are trimmed, or shingled. Because the reader element on the drive head is smaller than the writer, all data can still be read off the trimmed track without compromise to data integrity or reliability. In addition, traditional reader and writer elements can be used for SMR. This does not require significant new production capital to be used in a product, and will enable SMR-enabled HDDs to help keep costs low.

In 2014, Seagate introduced the first SMR hard drive, which improved hard drive density by 25%. At $260 for 8TB (three cents per GB), it’s a cost-effective drive for backups and archiving—though not necessarily performance, since the drive only has a 5,900 rpm spindle speed.

Perhaps the strangest new storage technology of the future is DNA. Yes, the molecule that stores biological information could be used to store other kinds of data. Harvard researchers in 2012 were able to encode DNA with digital information, including a 53,400-word book in HTML, eleven JPEG images, and one JavaScript program. DNA offers incredible storage density, 2.2 petabytes per gram, which means that a DNA hard drive about the size of a teaspoon could fit all of the world’s data on it—every song ever composed, book ever written, video ever shared. Besides the space savings, DNA is ideal for long-term storage: While you’re lucky if your hard drive lasts four years and optical disks are susceptible to heat and humidity, lead Harvard researcher George Church says “You can drop DNA wherever you want, in the desert or your backyard, and it will be there 400,000 years later.”

DNA takes a long time to read and write to and, as you might imagine, the technology is still too expensive to be usable now. According to New Scientist, in one recent study the cost to encode 83 kilobytes was £1000 (about $1,500 U.S. dollars). Still, scientists are encoding information into artificial DNA and adding it to bacteria. It’s like a sci-fi novel that’s currently being written and lived. DNA could be the ultimate eternal drive one day.

Not all innovative storage technologies end up becoming mainstream or widely used beyond just research, of course.

Scientists and tech companies have been working on holographic data storage for at least a decade. In 2011, GE demonstrated its holographic discs storage: DVD-sized disks that could store 500GB thanks to cramming the data onto layers of tiny holograms (unlike Blu-Ray discs, which store data just on the surface). These discs also had a relatively long lifespan prediction of 30 or more years. Not much has been said about the Holographic Virtual Disc (HVD) lately, though, and one of the biggest developers of the holographic drives, InPhase Technologies, went bankrupt in 2010. That’s not to say the technology won’t be a prominent storage technology in the future (What says “future” more than “holographic” anyway?).

Well, maybe quantum storage. Scientists are currently investigating ways to store data using quantum physics—e.g., a bit of data attached to the spin of an electron. Right now this technology can only store tiny amounts of data for a very short amount of time (not even a day yet), but if it works and takes off, we could see instant data syncing between two points anywhere, thanks to quantum entanglement.

Wonder what they’ll come up with next. 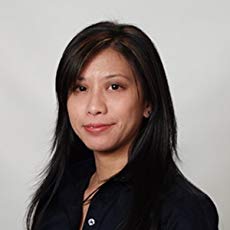 Guest blogger Melanie Pinola is a freelance writer and author covering all things tech-related. When she's not writing about backups, she enjoys traveling, reading, and continuing her quest to find the perfect fried chicken.
Follow Melanie: @melaniepinola | LinkedIn