This is the third in a series of posts cataloging our search across Europe for the site of our fourth data center.

Ten locations, three countries, three days. Even the hardest working person in show business wouldn’t take on challenges like that. But for our COO, John Tran, and UpStack’s CEO, Chris Trapp, that’s exactly what they decided to do.

In yesterday’s post, we discussed the path to getting 40 bids from vendors that could meet our criteria for our new European data center (DC). This was a remarkable accomplishment in itself, but still only part way to our objective of actually opening a DC. We needed to narrow down the list.

With help from UpStack, we began to filter the list based on some qualitative characteristics: vendor reputation, vendor business focus, etc. Chris managed to get us down to a list of 10. The wonders of technology today, like the UpStack platform, help people get more information and cast wider nets then at any other time in human history. The downside of that is you get a lot of information on paper, but that is a poor substitute to what you can gather in person. If you’re looking for a good, long term partner then understanding things like how they operate and their company DNA is imperative to finding the right match. So, to find our newest partner, we needed to go for a trip.

Chris took the lead on booking appointments. The majority of the shortlist clustered in the Netherlands and Ireland. The others were in Belgium and with the magic of Google Maps, one could begin to envision an efficient trip to all three countries. The feeling was it could all be done with just three days on the ground in Europe. Going in, they knew it would be a compressed schedule and that they would be on the move. As experienced travelers, they brought small bags that easily fit in the overhead and the right power adapters.

The first day officially started when John’s redeye touched down in Amsterdam at 7:35 a.m. local. Thankfully, Chris’ flight from New York’s La Guardia was also on time. With both flights on time, they were able to meet at the airport: literally, for they had never met before.

Both adjourned to the airport men’s room to change out of their travel clothes and into their suits — choosing a data center is serious business, after all. While airport bathroom changes are best left for spy novels, John and Chris made short work of it and headed to the rental car area.

That day, they’ll ended up touring four DCs. One of the biggest takeaways of the trip was that it turned out visiting data centers is similar to wine tasting. While some of the differences can be divined from the specs on paper, when trying to figure out the difference between A and B, it’s very helpful to compare side by side. Also similar to wine tasting, there’s a fine line between understanding nuances between multiple things and it all starting to blend together. In both cases, after a full day of doing it, you feel like you probably shouldn’t operate heavy machinery.

On day one, our team saw a wide range of options. The physical plant is itself one area of differentiation. While we have requirements for things like power, bandwidth, and security, there’s still a lot of room for tradeoffs among those DCs that exceed the requirement. And that’s just the physical space. The first phase of successful screening (discussed in our prior post) is being effective at examining non-emotional decision variables — specs, price, reputation — but not the people. Every DC is staffed by human beings and cultural fit is important with any partnership. Throughout the day, one of the biggest differences we noticed was the culture of each specific DC.

The third stop of the day was Interxion Amsterdam. While we didn’t know it at the time, they would end up being our partner of choice. On paper, it was clear that Interxion would be a contender. Its impressive facility meets all our requirements and, by happenstance, happens to have a footprint available that is almost exactly to the spec of what we were looking for. During our visit, the facility was impressive, as expected. But the connection we felt with the team there would prove to be the thing that would ultimately be the difference.

After leaving the last DC tour around 7pm, our team drove from Amsterdam to Brussels. Day 2 would be another morning start and, after arriving in Brussels a little after 9pm, they had earned some rest! 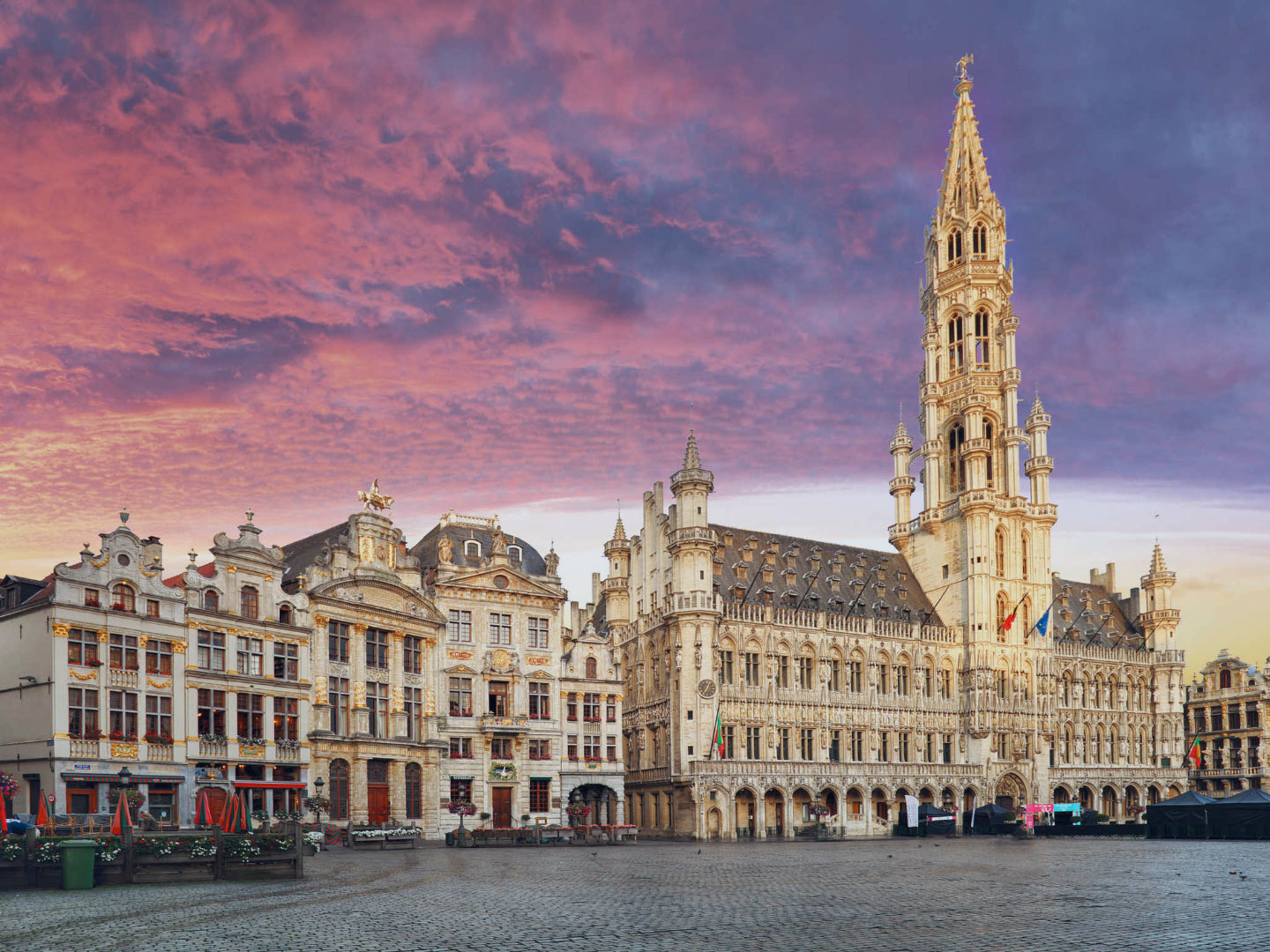 Earlier in his career, John had spent a good amount of time in Europe and, specifically, Brussels. One of his favorite spots is the Grand Place (Brussels’ Central Market). If in the neighborhood, he recommends you go and enjoy a Belgium beer sitting at one of the restaurants in the market. The smart move is to take the advice. Chris, newer to Brussels, gave John’s tour a favorable TripAdvisor rating.

After getting a well-deserved couple hours of sleep, the day officially started with an 8:30 a.m. meeting for the first DC of the day. Major DC operators generally have multiple locations and DCs five and six are operated by companies that also operate sites visited on day one. It was remarkable, culturally, to compare the teams and operational variability across multiple locations. Even within the same company, teams at different locations have unique personalities and operating styles, which all serves to reinforce the need to physically visit your proposed partners before making a decision.

After two morning DC visits, John and Chris hustled to the Brussels airport to catch their flight to Dublin. At some point during the drive, it was realized that tickets to Dublin hadn’t actually been purchased. Smartphones and connectivity are transformative on road trips like this.

The flight itself was uneventful. When they landed, they got to the rental car area and their car was waiting for them. Oh, by the way, minor detail but the steering wheel was on the wrong side of the car! Chris buckled in tightly and John had flashbacks of driver’s ed having never driven on the right side of the car. Shortly after leaving the airport, it was realized that one also drives on the left side of the road in Ireland. Smartphones and connectivity were not required for this discovery. Thankfully, the drive was uneventful and the hotel was reached without incident. After work and family check ins, another day was put on the books. 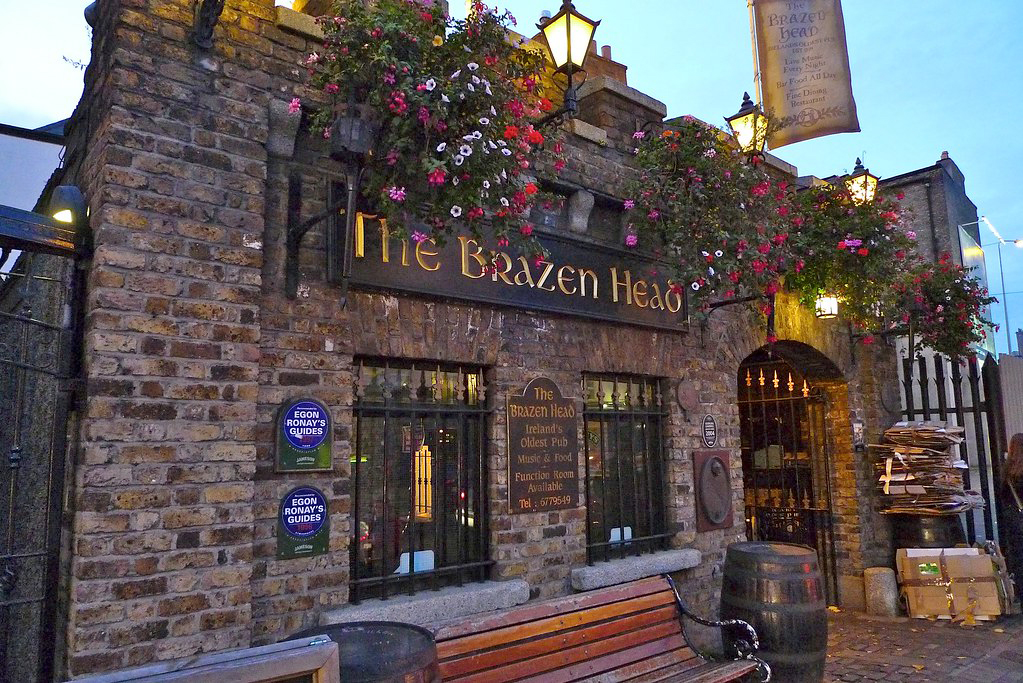 Our team checked into their hotel and headed over to the Brazen Head Pub for dinner. Ireland’s oldest pub is worth the visit. It’s here that we come across our it really is a small world nomination for the trip. After starting a conversation with their neighbors at dinner, our team was asked what they were doing in Dublin. John introduced himself as Backblaze’s COO and the conversation seemed to cool a bit. Apparently their neighbor was someone from another large cloud storage provider. Apparently, not all companies like sharing information as much as we do.

The day again started with an 8:30 a.m. hotel departure. Bear in mind, during all of this, John and Chris both had their day jobs and families back home to stay in touch with. Today would feature four DC tours. One interesting note about the trip: operating a data center requires a fair amount of infrastructure. In a perfect world, power and bandwidth come in at multiple locations from multiple vendors. This often causes DCs to cluster around infrastructure hubs. Today’s first two DCs were across the street from one another. We’re assuming, but could not verify, a fierce inter-company football rivalry.

While walking across the street was interesting, in the case of the final two DCs, they literally shared the same space; the smaller provider subleasing space from the larger. Here, again, the operating personalities differentiated the companies. It’s not necessarily that one was worse than the other, it is a question of whom you think will be a better partnership match for your own style. In this case, the smaller of the two providers stood out because of the passion and enthusiasm we felt from the team there, and it didn’t hurt that they are long time Hard Drive Stats enthusiasts (flattery will get you everywhere!).

While the trip, and this post, were focused on finding our new DC location, opening up our first physical operations outside of the U.S. had any number of business ramifications. As such, John made sure to swing by the local office of our global accounting firm to take the opportunity to get to know them.

The meeting wrapped up just in time for Chris and John to make it to the Guinness factory by 6:15 p.m. Upon arrival, it was then realized that the last entry into the Guinness factory is 6 p.m. Smartphones and connectivity really can be transformative on road trips like this. All that said, without implicating any of the specific actors, our fearless travelers managed to finagle their way in and could file the report home that they were able to grab a pint or two at St. James’ place. 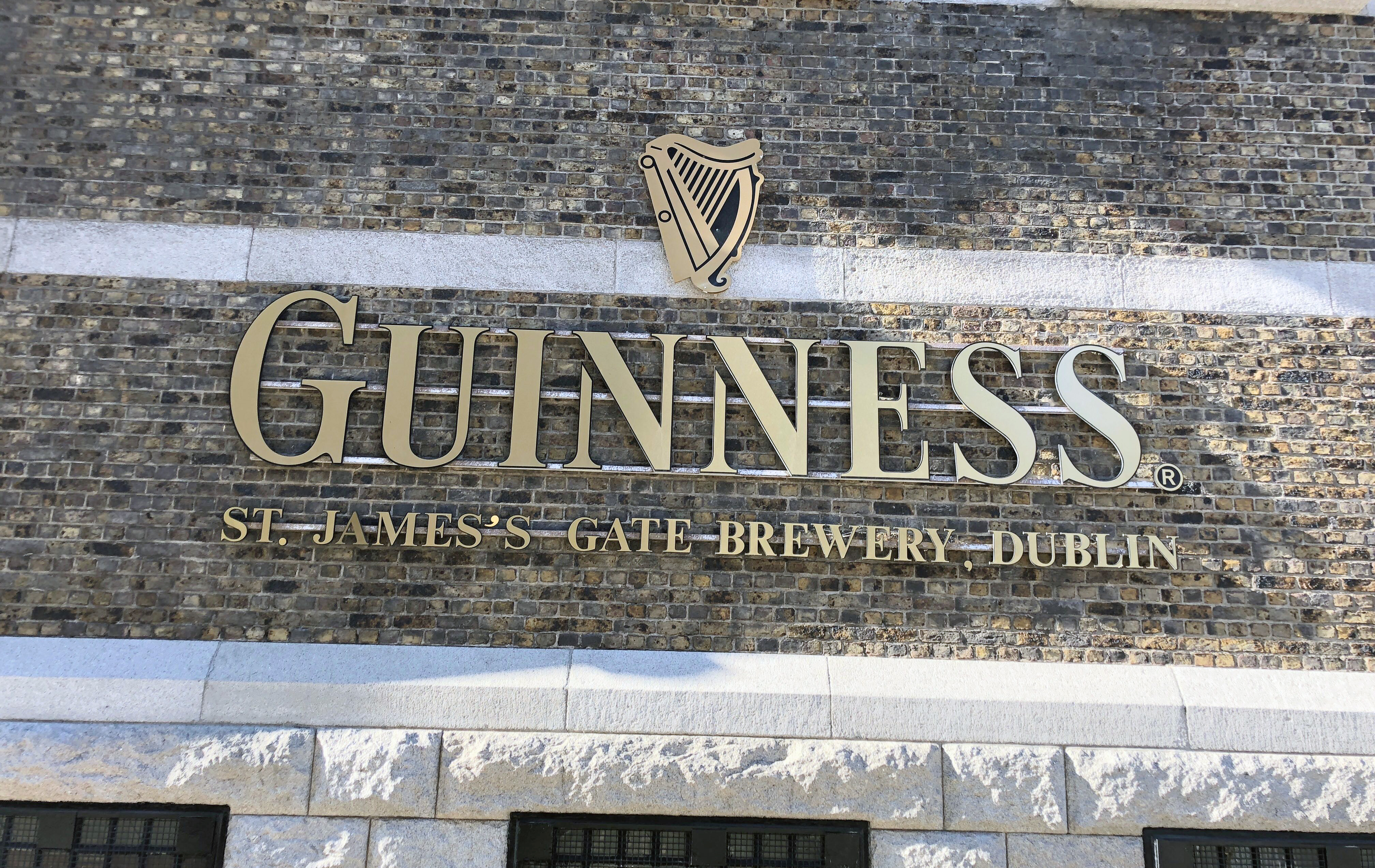 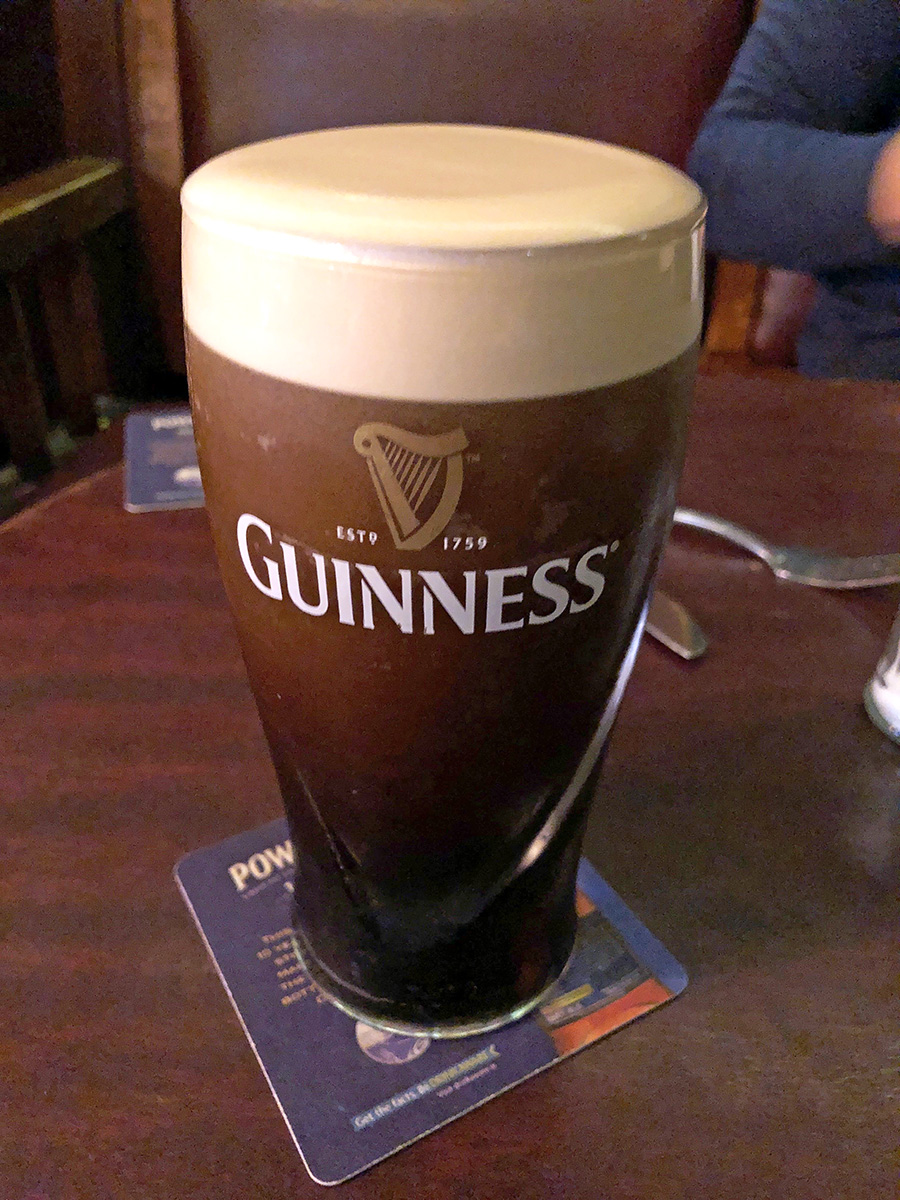 The team would leave for their respective homes early the next morning. John made it back to California in time for a (late) dinner with his family and a well earned weekend.

After a long, productive trip, we had our list of the three finalists. Tomorrow, we’ll discuss how we narrowed it down from three to one. Until then, slainte (cheers)! 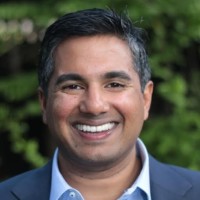 Ahin enjoys writing in the third person, cookies (digital or baked), and is listening to the Matt Nathanson "Live in Paradise" album.

Getting Ready to Go to Europe
Next Post: Making the Data Center Choice (the Work Has Just Begun)