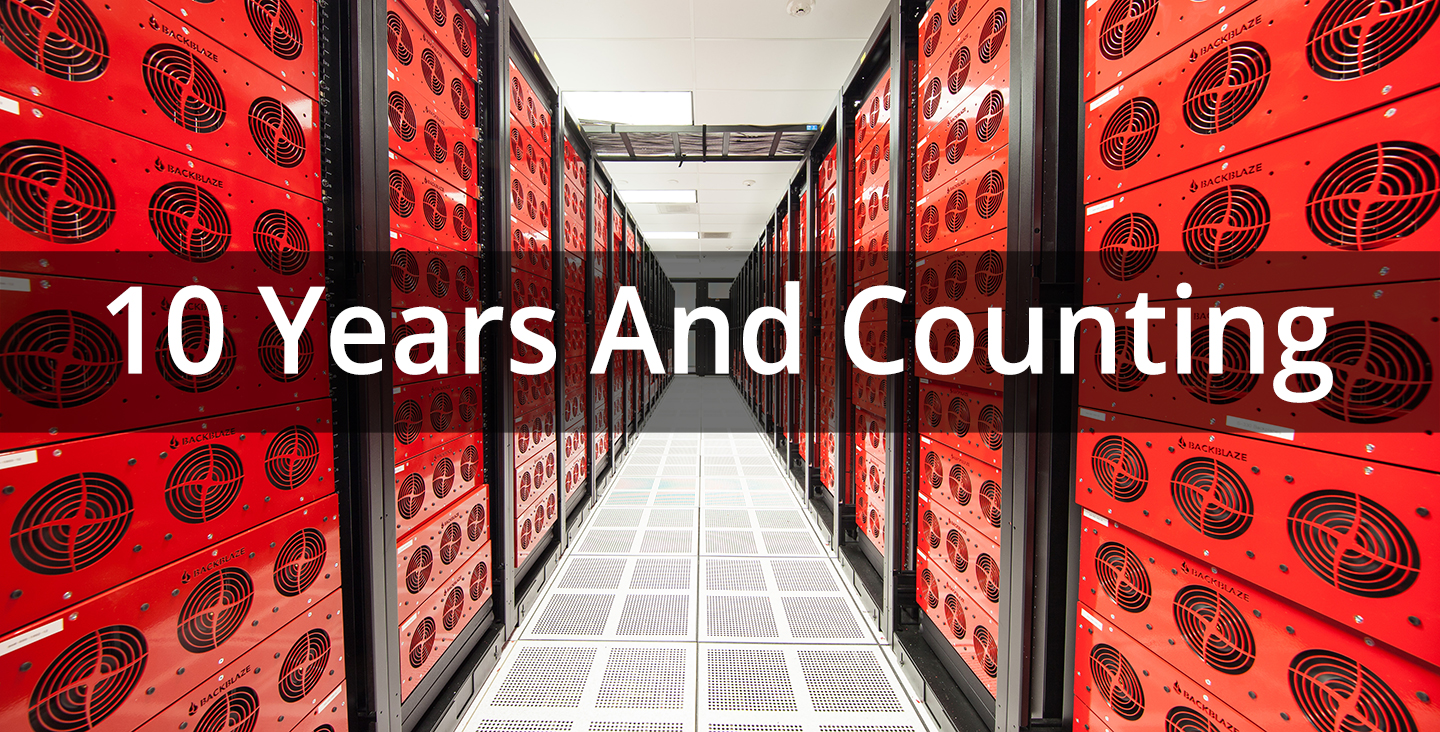 Today Backblaze celebrates turning 10 years old. Tin is the traditional gift for a 10 year wedding anniversary, a sign of strength and flexibility. Getting to this point took not only the steel to make the servers, but tin as well.

How things have changed:

From Our Humble Beginnings in 2007: 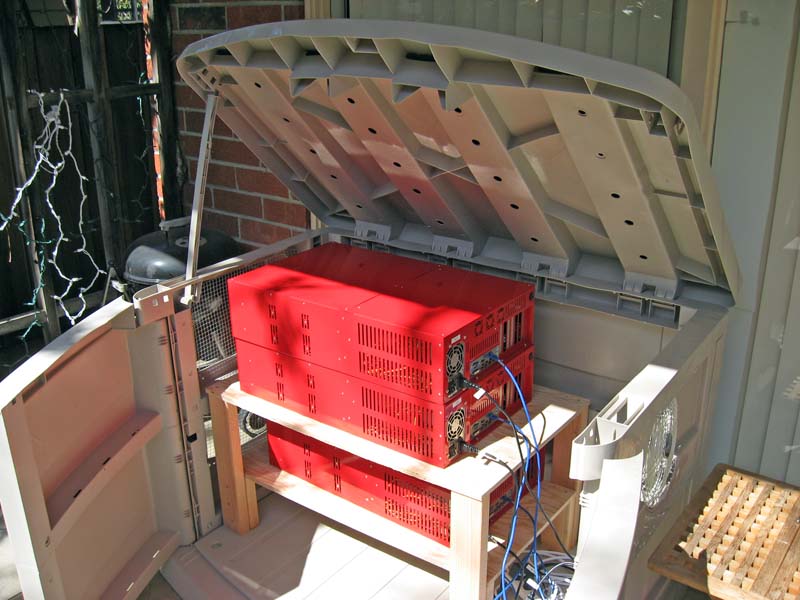 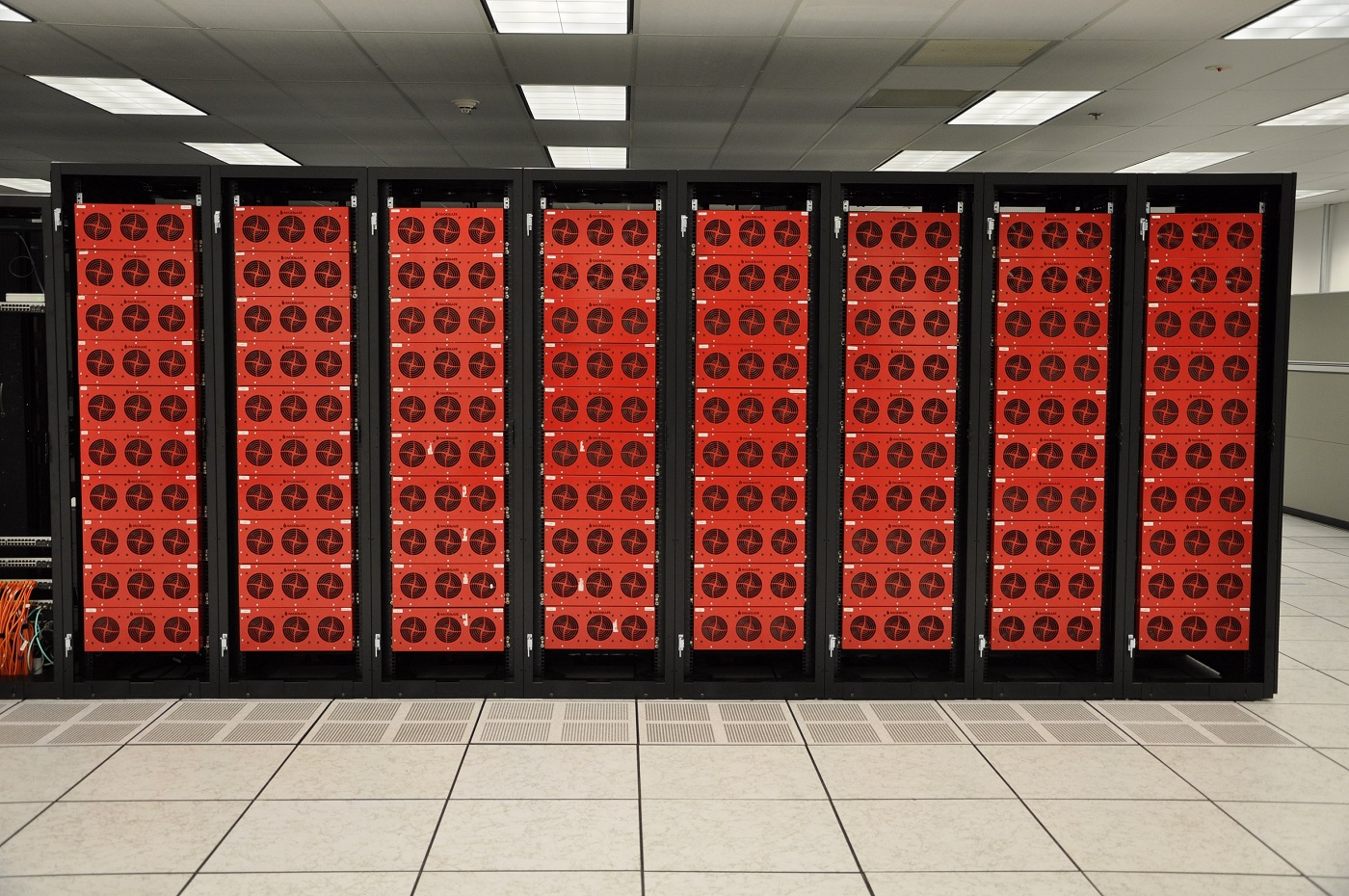 Someone recently asked me, “Does Backblaze look now the way you imagined it would 10 years ago?” The honest answer? I had never imagined what it would like in ten years; when trying to figure out how to even get to market, that timespan wasn’t even on my radar. When we were filming our first video, we were more concerned with finding our first customer than planning our first birthday.

Now, not only has it been a decade, but we’re signing five year data center contracts and talking about what the company will look like in 10 years and beyond. We often say that we hope this will be the last job for our employees.

Thinking back, a few things I learned:

I’ll expand on all of these in future posts. Over the next few months, I’ll be more active in bringing back our entrepreneurship series of blog posts. Don’t worry, our Hard Drive Stats and all the other stuff aren’t going anywhere!

But today is about the community that makes Backblaze what it is: None of it would have been possible without all of the people who built Backblaze as their own company every day, our friends and boosters, partners, and (of course) our incredible customers. While I did not, and likely could not, imagine a decade ago where Backblaze would be today, I’m thrilled at where we have arrived. Thank you.

And tomorrow, onto the next decade.

Backblaze B2 Cloud Storage Drops Download Price by 60%
Next Post: Deleted or Changed a File You Need Back? Backblaze Can Help!