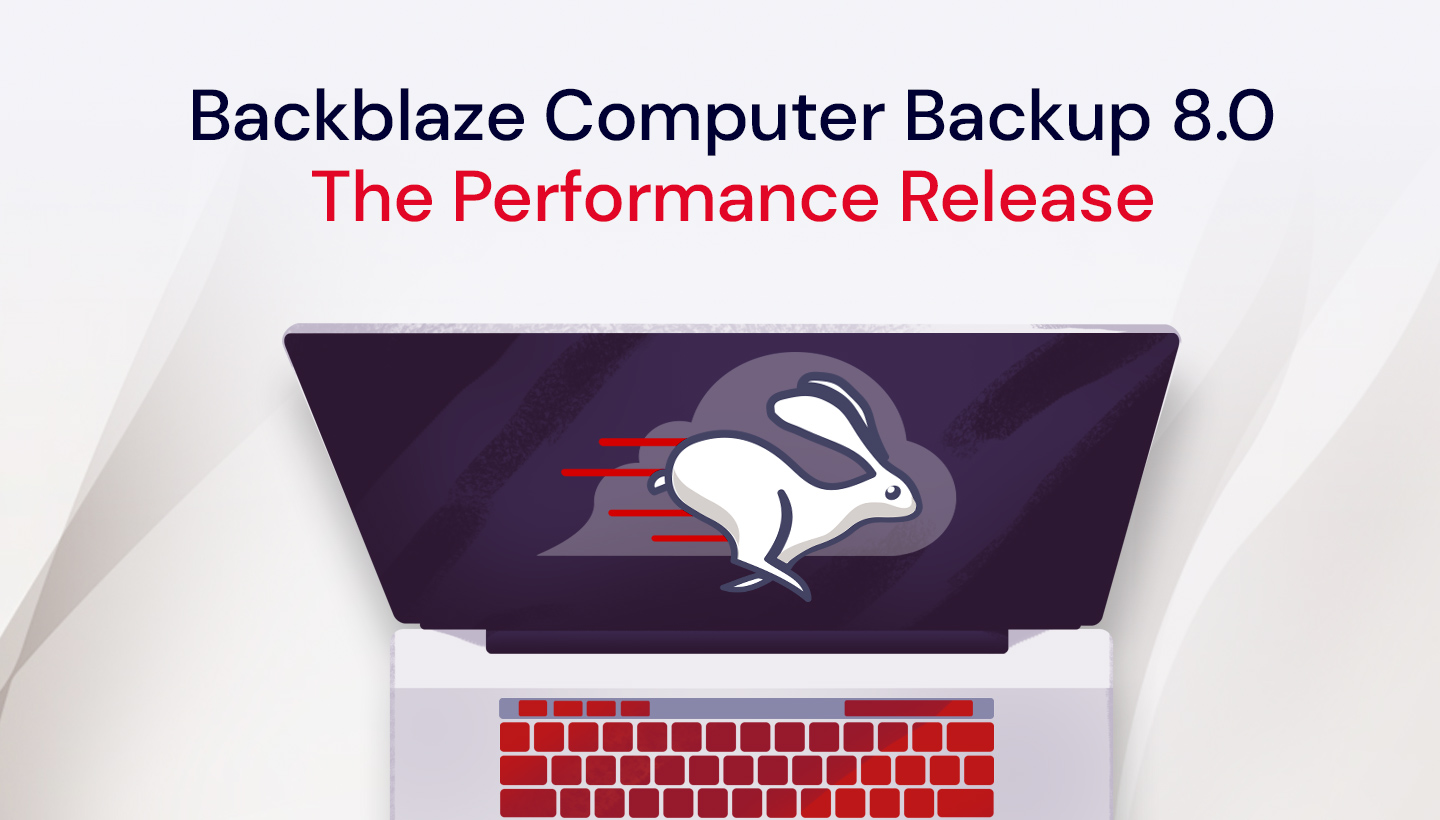 Announcing Backblaze Computer Backup 8.0! As a great philosopher once said, “8 is great”—and we couldn’t agree more. Our latest version is pretty great: It cranks up the speed—letting you upload at whatever rate your local system can attain—all while reducing stress on key elements of your computer by an order of magnitude.

Here’s what’s new for our app on your Mac and PC:

There’s more detail below for those who need it, but these are the major improvements. We look forward to hearing about how they work for you, your machines, and your data.

If you feel the need for speed and have the bandwidth at your home or office to match, version 8.0 is going to help you get backed up a lot more quickly. We’ve increased the maximum number of threads to 100 (up from 30). That means our multi-threaded app can now perform even more backup processes in parallel. Threads have also gotten a bit more intelligent—if your maximum selection of threads would cause too much system load, we’ll use fewer threads to maintain your system’s overall performance. 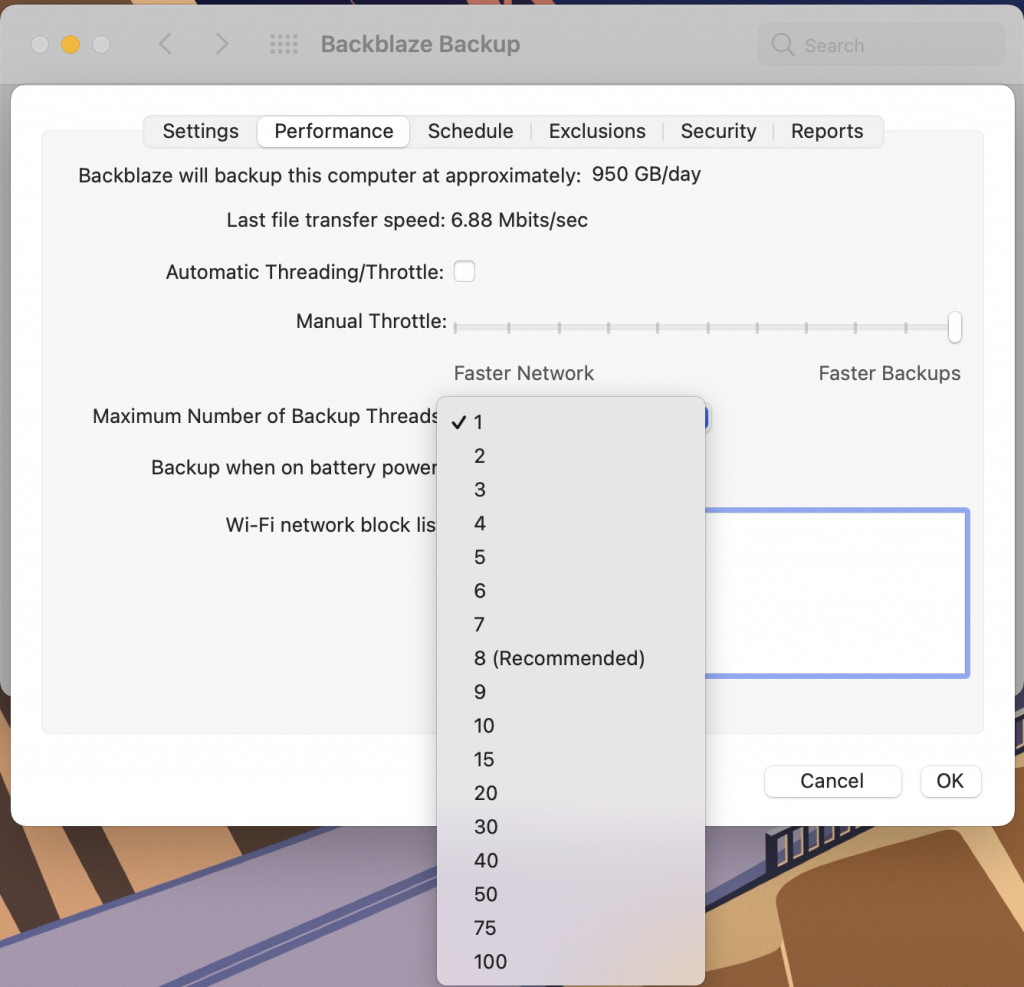 In addition to making our threading more intelligent, we’ve also taken a magnifying glass to our autothrottle feature and introduced smart throttling. If you have autothrottle enabled, and you’re using a lot of your available memory or bandwidth, we ease off until more system resources are available, helping reduce strain on the system and keeping your bandwidth clear—we’ve made that process more efficient and a lot speedier. If you don’t have autothrottle enabled, the backups will go as fast as your manual throttle and threading are set to.

We’ve also re-architected the way we handle file copies. In our previous 7.0 version of Backblaze Computer Backup, the client app running on your laptop or desktop made a copy of your file on your hard drive before uploading it. In version 8.0, this step has been removed. Now the client reads the file, encrypts it in RAM, and uploads it to the Backblaze data center. This results in better overall system performance and a reduction in strain on HDDs and SSDs on your laptops and desktops.

One last minor (but helpful) update we’ve made under the hood is how we handle uploads and the transmission of larger files. In version 8.0, you’ll get more information about what is getting uploaded and when. When we transfer large files, sometimes the app will appear to “hang” on uploading a part of that file, when in reality that file’s already been transmitted and we’re starting to work on the next batch of files. The UI will now reflect upload status more clearly.

And if you haven’t checked out our mobile apps, we’ve been making improvements to them (like uploading files to Backblaze B2 Cloud Storage) over the last few months as well. Learn more about them at: www.backblaze.com/mobile.html.

With our rebrand efforts in full swing, we thought it would be nice to update our icons and apps with the latest Backblaze look. 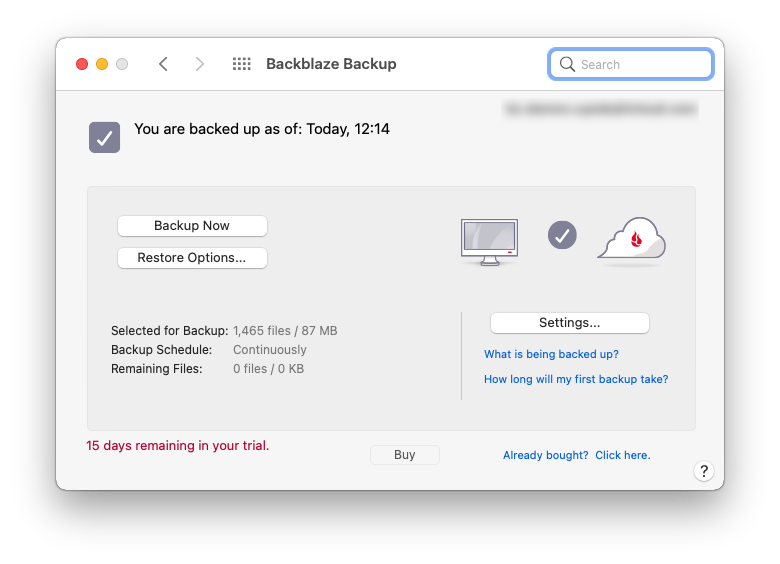 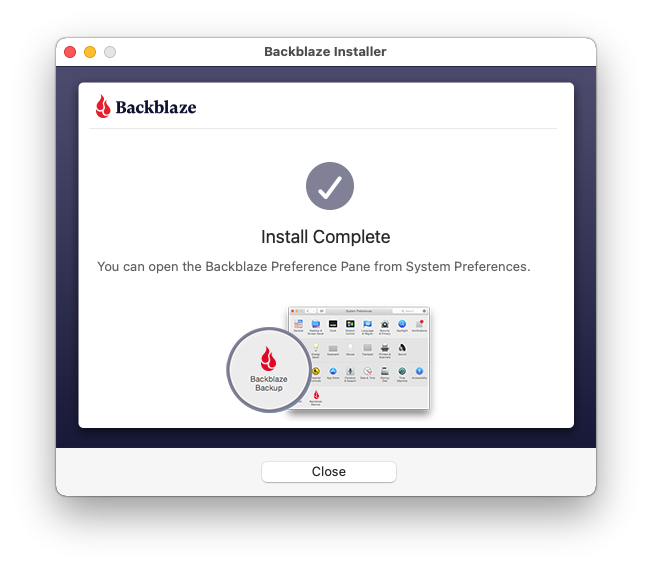 You’ll notice our icons have gotten a little smoother since our latest and greatest visual identity is in full force, but we have kept the clean feel and easy UI that you’re used to.

We hope you love this new release! We will be slowly auto-updating all users in the coming weeks, but if you can’t wait and want to update now on your Mac or PC:

This version is now the default download on www.backblaze.com.

If you’d like to learn more, join us for a webinar where we’ll be going over version 8.0 features and answering questions during a live Q&A. The webinar will be available on BrightTalk (registration is required) and you can sign up by visiting the Backblaze BrightTalk channel.

The Next Backblaze Storage Pod
Next Post: Chia Analysis: To Farm, or Not to Farm?