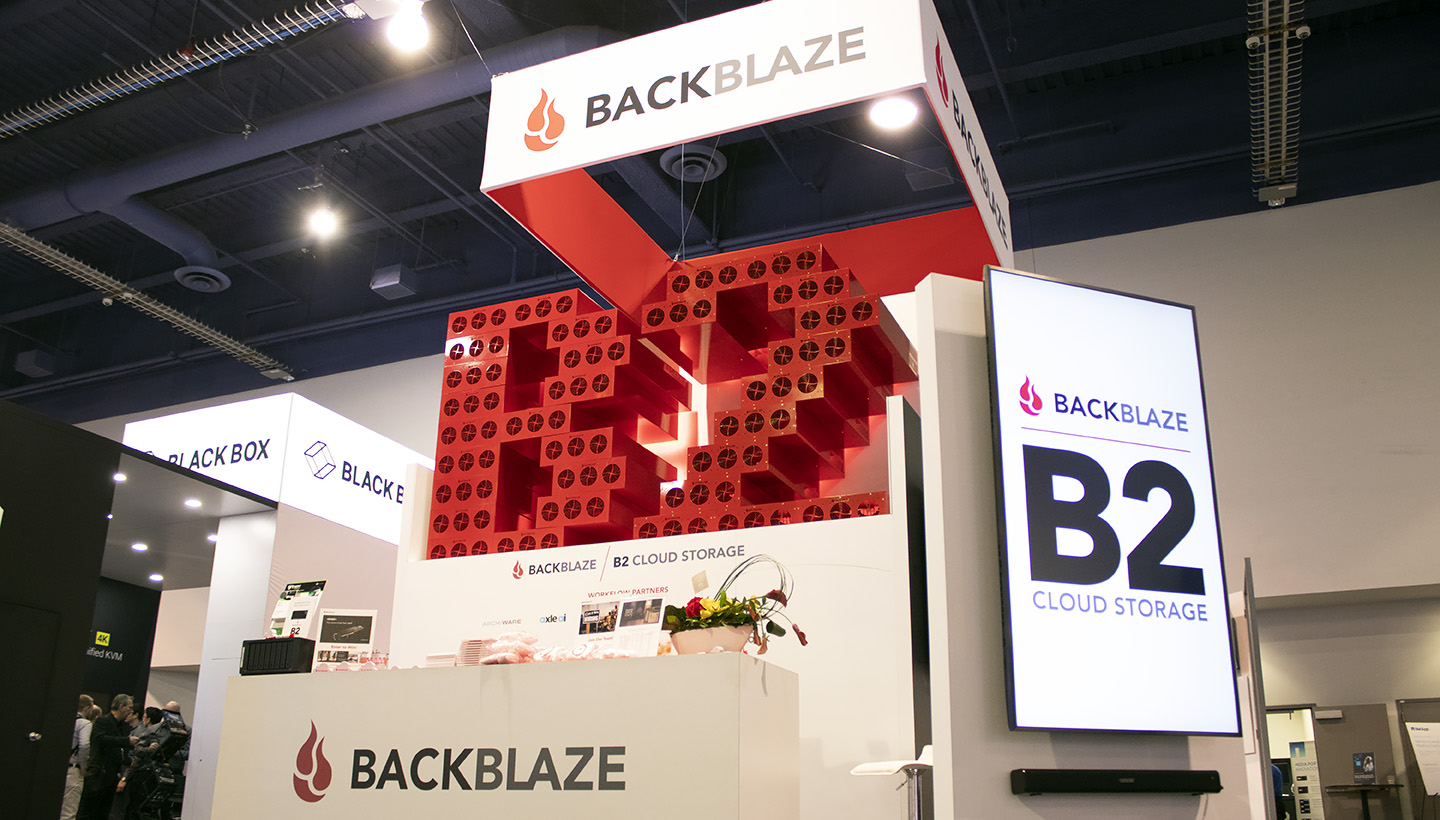 Backblaze just returned from exhibiting at NAB in Las Vegas, where, according to just about everyone, the cloud is a growing topic of interest.

“Cloud is becoming a central interest and more people are warming up to it,” according to Backblaze Director of Marketing, Yev Pusin. “Things have changed since last year. There’s definitely more interest in how the cloud fits into creative workflows.”

Skip Levens, Director of Product Marketing for Backblaze, observed that the show this year is “rightly focusing on the storyteller, and that NAB has evolved from its strong broadcast roots to serve storytellers of every kind on every new kind of platform and medium, which are all available to see at the show.”

Skip also observed that Backblaze is ready to be the cloud storage of choice for creative professionals. “Behind the scenes we’ve been updating our infrastructure and technology to better serve our customers who have more and more very high resolution production content that’s above 4K, HDR workflows, internet-routed video, and cloud-backed content libraries for extremely agile content production. Combine Backblaze’s low cost with durability calculated at 11 nines and instant availability of your data and content, and you have an unbeatable combination to give creative professionals what they need today.”

Backblaze CEO Gleb Budman also felt that the crowd this year was more interested in the cloud. “Overall, it felt like people understood how useful the cloud can be. They’re tired of using tape, and they’re facing the challenge of handling the huge volumes of data being generated by 8K cameras.”

“It was great to talk to our customers at the show. Some just came by to say, ‘I love you guys and read your blog posts.’ Others want to better understand how to use Backblaze B2 Cloud Storage.”

It wasn’t all cloud talk and HD video at the show. Our booth staff noted a lot of attendees wearing cowboy hats, likely because the Academy of Country Music Awards (CMA) show was held at the MGM Grand the Sunday when NAB opened. Backblaze didn’t disappoint with the booth giveaways, either. We gave away 1,000 Backblaze nerd pens and 1,200 bags of pink cloud candy just on the first day. If that doesn’t show growing interest in the cloud, we don’t know what does!

If you’ve been following the blog, you know that our creative workflow experts at Backblaze wrote a series of posts on creative media workflows. Don’t miss them!

James Gibson, founder & CEO of Ortana, talks with Backblaze VP of Marketing Ahin Thomas about why B2 Cloud Storage and the Cubix MAM & Orchestration platform make a great solution together.

Were You at NAB?

If you were at NAB this year, we hope you stopped by the Backblaze booth to say hello. We’d like to hear what you saw at the show that was interesting or exciting. Please let us know in the comments.

If you’re interested in learning more about cloud-enabled workflow solutions, visit our Cloud University page, where we’ve created a series of webinars available on-demand with over a dozen partners.
print