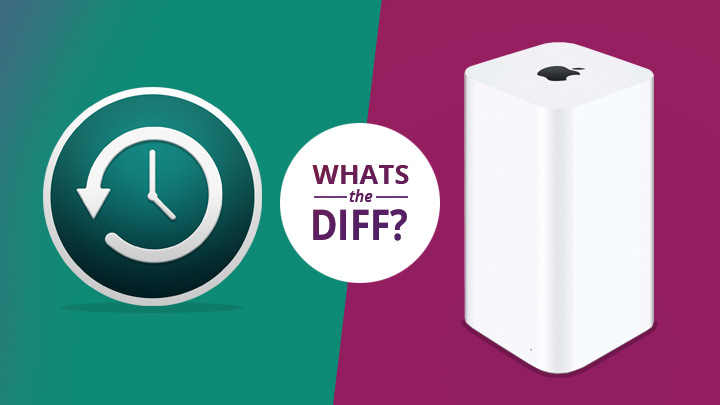 The “What’s the Diff” series is here to explain in plain language what makes up the computer terminology we talk about, to help give you a clearer idea of what it is and how it works.

Apple tries to make things really easy and non-intimidating for people who aren’t computer experts. But backing up your data can be intimidating, no way around it.

To summarize, Time Machine is the Mac’s built-in backup software. Time Capsule is a network device sold by Apple that works with Time Machine, but does a lot more, too.

Interested in finding out more? Come take a look.

What Is Time Machine?

There are different ways you can back up your Mac—several companies offer backup software that does the job, including Backblaze. We’ll get to why Backblaze is important later. But Time Machine is Apple’s solution to this problem. It’s free, it’s included on the Mac, and it’s pretty foolproof. 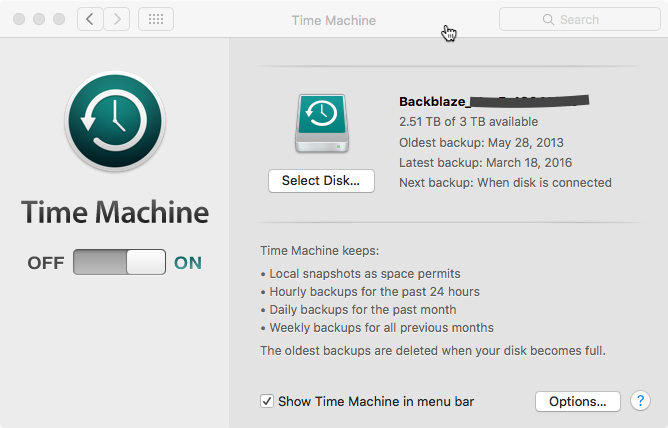 This means you can always restore your Mac to its most recent working state. Time Machine also gives you a window into the past with each of those snapshots, so you can restore deleted files or even previously saved versions of files.

Time Machine works with external hard drives. Some network attached storage (NAS) makers like Synology and QNAP enable their devices to be configured to work as network-based Time Machine servers. You can also use Time Machine with a stand-alone drive from Seagate or Western Digital, for example.

Time Machine is designed to work as a local, primary backup of your Mac—meaning the data stays physically close to the computer, and is intended to be the first line of defense should you have to recover. If anything happens to your computer, Time Machine and the hard drive it’s backing up to can be used to restore your computer to right where it was before the problem happened.

Apple has its own Time Machine network server, too. And this is where confusion sets in for some of us, because it’s so similarly named. I’m talking about Time Capsule.

What Is Time Capsule?

Apple sells a network device called a Time Capsule which is designed to work with Time Machine. Time Capsule currently comes in 2TB and 3TB capacities. 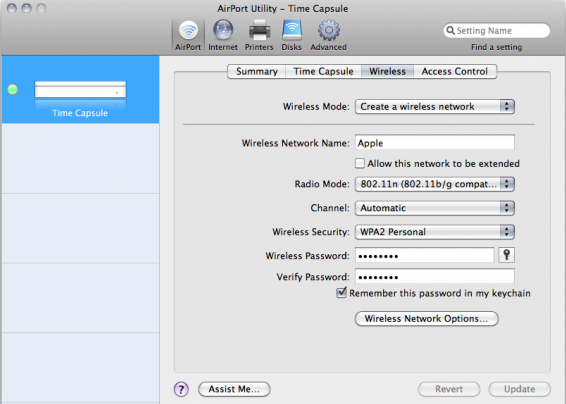 Apple makes it easy to configure a new Time Capsule using an app called AirPort Utility which you can find in your Mac’s Utilities folder. Once it’s up and running on your network, the Time Capsule is visible to any Mac on the network as a valid Time Machine backup location.

This makes Time Capsule a great way to make sure all your Macs are backed up all the time. While its backup features are Mac-specific, Time Capsule works as a network router with devices from other manufacturers, too.

For many of us backing up to an external hard drive with Time Machine or using a Time Capsule on our network is as much backup as we think we need. In fact it’s probably more backup than we ever had before. Better safe than sorry, eh?

Well, as I’ve said before, Time Machine and Time Capsule are good primary backup systems. But they shouldn’t be your only backup. Because with either Time Machine or a Time Capsule, you’re depending on a single hard drive to store all of your precious data.

A single drive means a single point of failure. If something happens to your Mac and your Time Machine backup drive or Time Capsule isn’t working, you’re not going to be able to recover.

Your Backup System Is Only as Good as Your Last Backup

There’s one thing worse than having a Time Machine backup that doesn’t work, and that’s having one that’s out of date, or not having one at all. It’s not uncommon for someone to run Time Machine on an external hard drive once, put it in a drawer, and forget about it again until there’s a problem.

Network problems can disrupt the transfer of data to your Time Capsule. Time Machine will nag you to fix things that go wrong, but you can turn off the nags, too.

At the risk of self promotion, that’s why adding Backblaze Personal Backup to the mix is so vitally important. You set up Backblaze and then forget it. And all of your important files are backed up safely, securely and quickly to our servers. The best part is that Backblaze will work with Time Machine or Time Capsule to provide both on-site and off-site data backup.

If you need one file back or an entire drive’s worth of files, we can deliver. You can download those files from any web browser and access them from your iPhone or Android phone, or you can even order a flash drive or hard drive to be delivered with your backup on it.

But enough about Backblaze. Hopefully we’ve given you some good info about Time Machine and Time Capsule. Still confused? Have a question? Let us know in the comments. And if you have ideas for things you’d like to see featured in future installments of “What’s the Diff,” please let us know!