You may not be familiar with the name Crispin Porter + Bogusky, but you’re probably familiar with their work. The firm, which was named U.S. Agency of the Year by Adweek last year, created “The King” and “Whopper Freakout” campaigns for Burger King; the Windows Mojave, Jerry Seinfeld/Bill Gates, and “I’m a PC” campaigns for Microsoft; as well as ads for Guitar Hero, Old Navy, Best Buy, Coke Zero, and others.

For the previous four years they have also been the official U.S. agency for Volkswagen and have created a lot of media during that time. So, when it came time to archive all of that media somewhere… They decided to build their own Backblaze Storage Pod.

Just as everyone is settling down for a big turkey dinner our first
Backblaze storage pod will be preparing to feast on terabytes of data.

He customized the Backblaze Storage Pod reference design with a different motherboard, more memory, Samsung instead of Seagate drives, a single power supply, and used Windows Server 2008 as the operating system. It’s great to see people making the design suit their particular purpose. Once he hones in on the final design for their purpose, he plans to deploy several racks of mirrored archive servers to support their storage needs.

Some of the feedback Ryan provided to us on his customized version included:

Thanks for sharing the build and giving me something fun and
interesting to do over the last few weeks! I learned a lot.

Glad it was interesting and useful, and thank you for sharing your learnings!

Photos he sent us of his Pod: 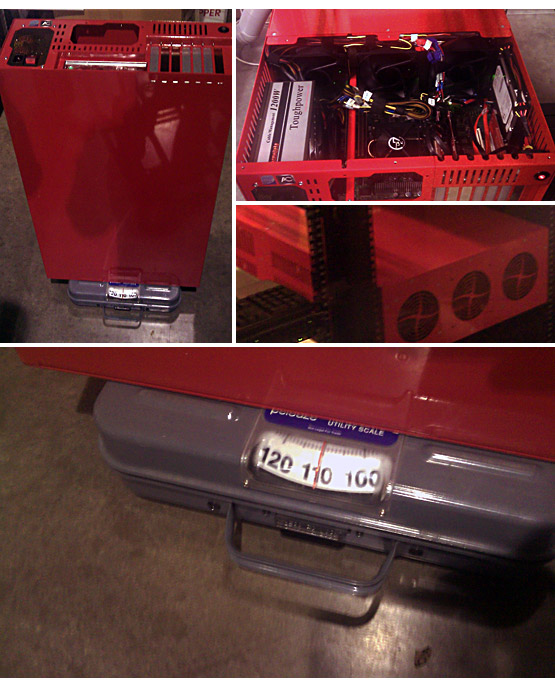 Backblaze Release 1.0.4
Next Post: Backblaze a Finalist for a Crunchie