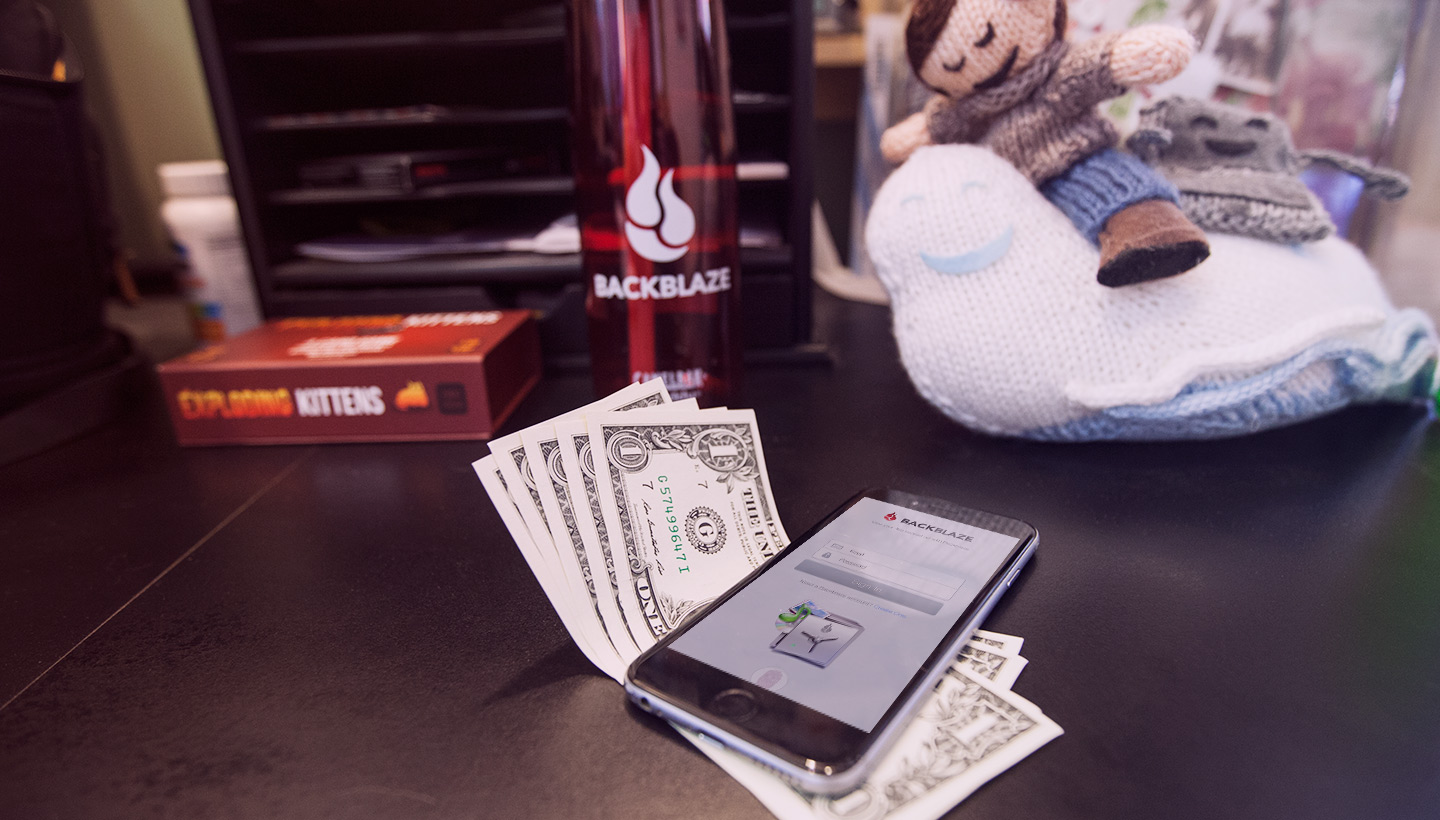 On June 2nd, 2008, when Backblaze was still just five guys hammering away on a big red box in a one-bedroom apartment turned office, Backblaze went into public beta with version 1.0.0.71. With great fanfare, we announced unlimited online backup of your Windows PC for just $5 a month, the Mac release was a few months later. We received coverage in TechCrunch, ArsTechnica, and more—it was great. But here’s a deep dark secret, we started charging customers $5/month even before the June 4th launch. In fact, below is the very first deposit receipt we ever received. 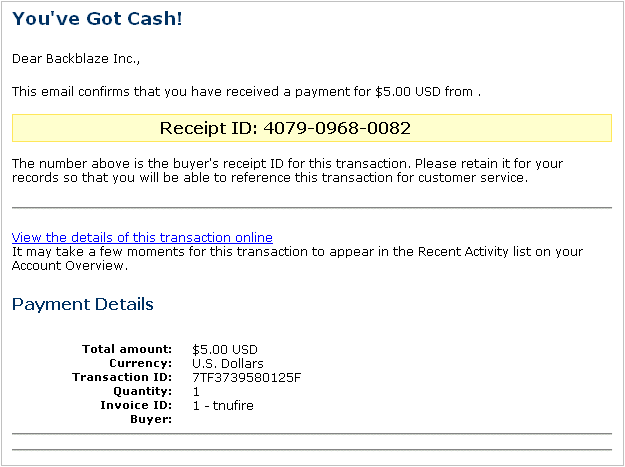 Sharp eyed readers will notice that the person making the payment is Tim Nufire (tnufire), our Head of Operations. Before you go and call that cheating, Tim was not actually reimbursed for his $5—it was our first bit of revenue. In fact, Tim started a “tradition”—having all employees pay for having Backblaze on their work computer. A tradition we finally did away with about two years ago—though we still pay for Backblaze on our personal PCs and Macs.

While other online backup companies reduce features, or raise prices, Backblaze has kept our price the same. We did this by continuously reducing our cost structure with Storage Pod improvements. Then we designed and built a highly scalable storage system using Backblaze Vaults and our own Reed-Solomon erasure coding library, which we open-sourced. We’ve also managed to weather a few bumps along the way, like when Backblaze was almost acquired and the Thailand Drive crisis. In any case, eight years ago we started with $5/month for our online backup service, the same price it is today and will be tomorrow.

We figured it might be fun to see what else you could get for just $5. Let’s take a look at Fiverr—a website practically dedicated to the notion of something costing just $5…

Even though some things are getting more pricey, like a $5 foot long now being $6, there are also plenty of everyday things that you can get for $5, like a box of Girl Scout Cookies, for example. Or, for less than $0.17 per day, you can get all your data automatically backed up and available in the cloud! It’s your $5—choose wisely.

Either way, Backblaze is still…just $5/month.

[Editor’s note, June 7th: In the initial publication of this post, we mixed up the PC and Mac as to which one was released on June 2, 2008. It was the PC; the Mac was a few months later. We have corrected that error.]
print

Data Backup: Are You a Hero or a Zero?
Next Post: Wanted: Office Administrator