I never considered myself to be extremely techy. My family and friends would occasionally come to me with computer problems that I could solve with the help of Google and FAQ pages, but I would not go much further than that.

When I came across Backblaze’s job posting for a marketing position, I applied mostly on a lark. My background looked similar to the job description, but I never expected to hear anything from them. When I received the email that I had gotten an interview with Backblaze, my initial thought was, how? Backblaze was the type of company I feared when first arriving in the Bay Area from Ohio. Worry began to bubble up in me about being in a room filled with people who were all smarter or more experienced than me. My family teased me that I would walk into my first day and it would be an episode of Punk’d.

Silicon Valley has a stigma for most everyone who isn’t located in the Bay Area. We assume it will be filled with competitive geniuses and be too expensive to survive. “You may be Ohio smart, but that’s a different kind of smart,” is something I have heard in actual conversations. And I, too, had similar thoughts as I considered trying to fit in at a startup.

Having watched the HBO show, Silicon Valley, my perspective of how my future coworkers would act could not have been more different from reality. The show portrays Silicon Valley workers as smug, arrogant, anti-social coders who are ready to backstab their coworkers on their way to the top of the industry. At Backblaze, I have found the opposite to be true: everyone has been supportive, fun to be around, and team-oriented.

Now that I live in Silicon Valley, rather than watching it, I have to say I let the intimidation get to me. One of my favorite quotes that helps me during times of high stress is by the Co-Founder of Lumi Labs, Marissa Mayer, in reference to how she’s succeeded in her career, “I always did something I was not ready to do. I think that’s how you grow.” That’s an important thing to remember when you are starting a new job, adventure, or experience: On the other side of the challenge, no matter how it goes, you’ll have grown. Here are some of the things that I have learned during my first few weeks of growth at Backblaze and living in the Bay Area. Hopefully, they’ll help you to try something you’re not ready for, too.

Don’t be Thrown by Big Words

Write them down. Google is your best friend. There may be words, companies, software, acronyms, and a bunch of other things that come up in meetings that you have never heard before. Take notes. Research them and do research on how they apply to your company or work position. Most of the time it’s something you might have known about but didn’t know the correct word or phrase for.

No One Understands Your Thought Process

Show your work. Something that’s hard when it comes to talking to your boss or your team is that they cannot see inside your brain. Talk them through how you got to where you are with your thoughts and conclusions. There are plenty of times where I have had to remind myself to over-explain an idea or a thought so the people around me could understand and help.

You Don’t Have to Know Everything

Own up to your lack of knowledge. This one is tough because when you are new to a position you have the inclination to not lift the veil and reveal yourself as someone who does not know something. This could be something as big as not knowing how a core feature works or as small as not knowing how the coffee machine works. When you are new to a company you are never going to walk in and know exactly how everything works. At the moment you don’t understand something, admit it and most people you work with will help or at least point you in the direction of where and how to learn.

Look everywhere before choosing where to live. Moving to Silicon Valley while trying to establish a stable income sounds impossible, and indeed it is very hard. When talking to people before my move everyone would say, “ugh, the housing payments!” This was not encouraging to hear. But that doesn’t mean there aren’t creative ways to lower your housing costs. While living with roommates to drive housing costs down, I found a family that wanted to make a little extra money and had an unused in-law suite . While it’s not owning your own home or having a full-size apartment to yourself, it’s different and that can be fun! Plus, like with roommates, you never know what connections you will make.

You have the experience, use it. I came to Backblaze with a very surface-level idea of coding, no idea about the different ways to back up my computer, and no knowledge of how the cloud actually works, but I did understand that it was important to have backups. Just because you don’t understand how something works initially doesn’t mean you don’t understand the value it has. You can use that understanding to pitch ideas and bring an outside perspective to the group.

Talk to People with Important Titles

They all have been in your shoes. The CEOs, presidents, directors, and managers of the world all have been in your position at one point. Now they hold those titles, so obviously they did something right. Get to know them and what they enjoy. They are human and they would love to share their wisdom with you, whether it’s about the company, their favorite food places nearby, or where they go to relax.

Follow up. If someone said they were going to show you something in a meeting or in the hallway, send them a note and see if you should schedule a chat. Have a question during an important meeting that you didn’t want to ask? Follow up! Someone mentioned they knew of a class that could teach something you wanted to learn? Make sure they send you a link! All work environments can feel busy but most people would rather you follow up with them rather than let them forget about something that might be important later on.

Soak In the Environment

Be a fly on the wall. Watch how the office operates and how people talk to each other. Get an idea of when people leave for lunch, when to put your headphones on, and what’s normal to wear around the office. Also, pay attention to who talks in meetings and what it is like to pitch an idea. Observing before fully immersing yourself helps you figure out where your experience fits in and how you can best contribute.

Know Yourself and Know Your Worth

You can figure it out. It may take time, patience, research, and understanding to stand confidently in a room full of experts in the field and pitch ideas. You’ve done it before. Maybe when you were little and asked your parents to take the training wheels off your bicycle? It took a few falls but you figured it out and you can do it again.

We hope that this was a little bit helpful or informative or at least entertaining to read! Have you ever joined a company in an industry you weren’t familiar with? What are some tips or hints that you wish you had known? Share them in the comments below! 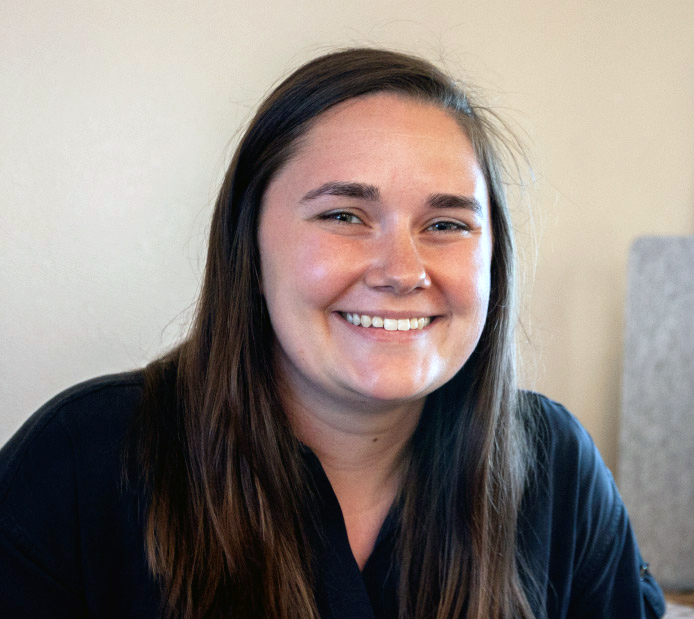 Nicole Perry is the marketing operations manager and has been on the Backblaze Marketing team since June 2019. With a degree in journalism, Nicole has helped write articles for our consumers that are just starting out on becoming backup experts and how to best optimize their setup. When she's not writing about how to download your data from social media profiles, she's supporting the Marketing team's operational efforts.

A Toast to Our Partners in Europe at IBC
Next Post: Raising Prices is Hard