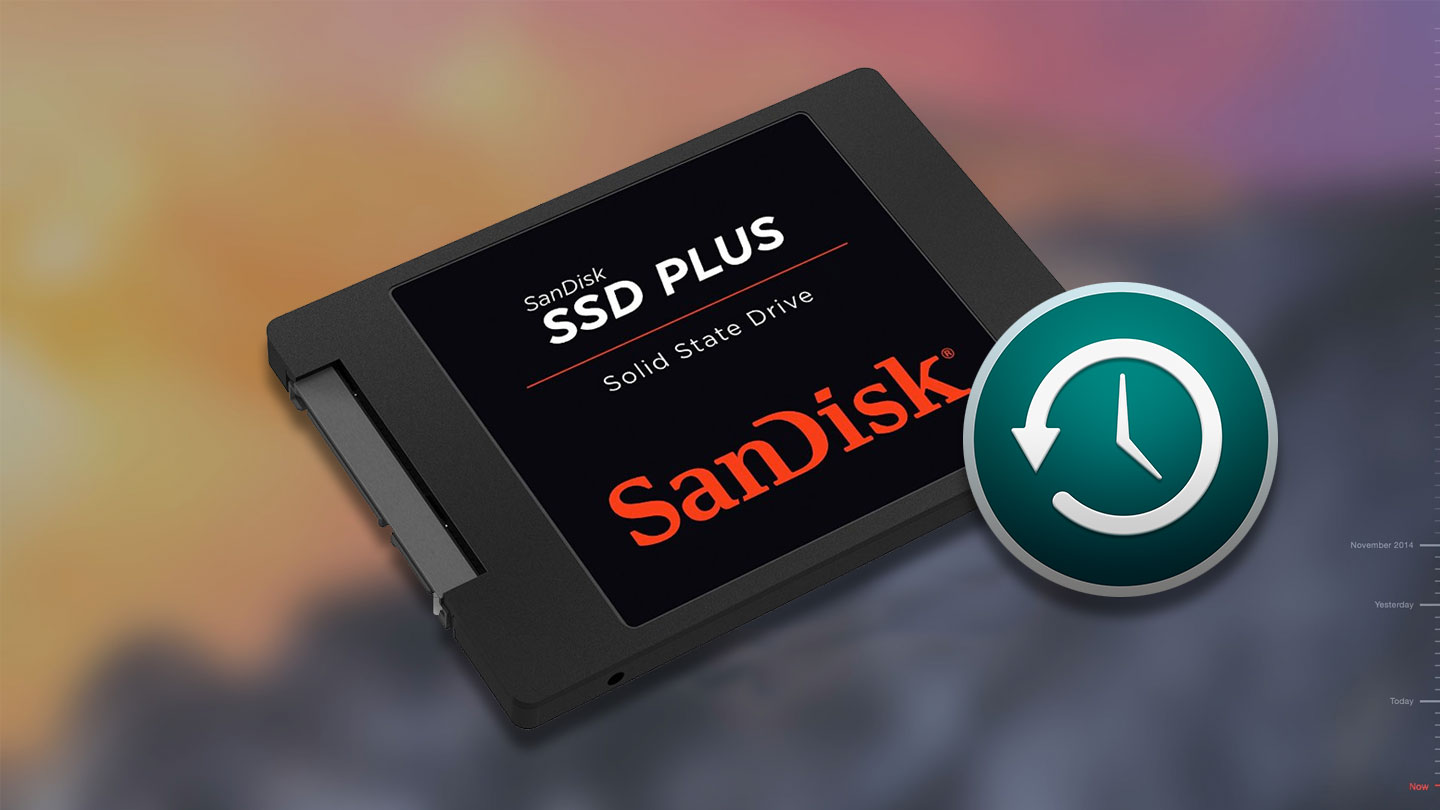 Time Machine is Apple’s built-in backup software for OS X. All it requires is an external hard drive (or a compatible network attached storage system like an Apple Time Capsule) to work. Solid state drives (SSDs) are more affordable than ever, but is it safe to use an SSD with Time Machine? Let’s find out.

How Does Time Machine Work?

Get more details about Time Machine in our guide, “How to Back Up Your Mac.”

Time Machine gives you an easy way to restore your Mac after a catastrophic failure: You’ll be able to keep going from where Time Machine left off. What’s more, Time Machine’s incremental backups give you the ability to restore older versions of files.

As a result, Time Machine really works best when a hard drive is just left plugged in to the Mac; it backs up continuously, throughout the day, as you make changes to your computer.

How does all that wear and tear on the hard drive affect reliability, especially on SSDs?

What’s the Benefit of an SSD?

SSDs are built using memory cells instead of a physical hard drive. Without any moving parts, SSDs are much faster than hard drives: Faster to boot, faster to launch applications, and faster to open and save files. More new computers than ever are shipping with SSDs preinstalled, and they’ve also become a popular upgrade for people looking to keep their current systems working for a bit longer. Really, upgrading your computer with an SSD is one of the more cost-effective ways to improve performance.

SSDs are quieter and use less power than hard drives do. SSDs are also considerably more expensive per gigabyte than hard drives, though they’ve gotten dramatically more affordable in recent years. They’re also not available in the same sort of huge capacities you can find for hard drives.

With the prices dropping on SSDs, it’s more affordable than ever to buy an external USB SSD or even splurge and get a Thunderbolt or Thunderbolt 2-based external SSD. And you will have a very fast external drive, either way.

But it’s important to remember what you’re doing with a Time Machine backup: You’re backing up. You’re not using the Time Machine storage system as your primary boot drive. The sort of performance specifications that might lead you get an SSD aren’t necessarily applicable to a backup system.

Is SSD With Time Machine a Good Choice?

Time Machine backups and restores via an SSD will be faster than a regular hard drive, cumulatively, but there’s still a big difference in price between an SSD and a regular hard drive. And it’s unlikely that SSD performance is going to net you that much of a difference to make the still-premium price worthwhile.

If you are tempted to get a smaller sized SSD because of the price, be aware that will mean fewer backups that Time Machine can store before the drive is full. For example, if you have a 1TB drive in your laptop and can only afford a 512GB SSD drive for Time Machine, you could fill up that Time Machine SSD pretty quickly. A good rule of thumb is that your Time Machine drive should be two to three times the size of the hard drive or SSD drive your have in your Mac.

In terms of Time Machine’s suitability for SSDs, SSD reliability has gotten a lot better as manufacturing has improved. Most users won’t ever have to worry about “wearing out” an SSD, using it either for Time Machine or for general use.

The bottom line here is that you shouldn’t risk the integrity of your data to any single point of failure. By relying on Time Machine and a hard drive or SSD alone, you do exactly that. If anything goes wrong with that backup drive, your data may be lost. No matter how fast or reliable a backup system is, it’s still not foolproof.

That’s why it’s a good idea to consider an off-site backup solution like Backblaze to accompany your Time Machine backup. Even if the hard drive or SSD you’re using for your Time Machine backup fails, you’ll still be able to recover your data safely, securely, and quickly from the cloud. And if you need a lot of files, Backblaze can help with a USB thumb drive or hard drive, too.

You might enjoy reading other posts in our “SSD 101” series.