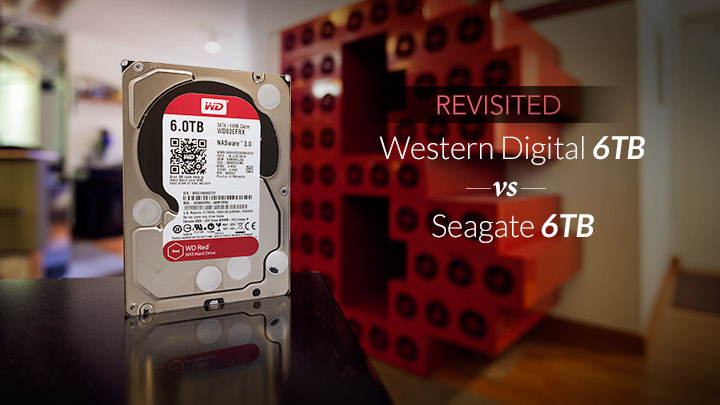 A few months back we published our initial evaluation of 6TB drives, comparing Seagate (model ST6000DX000) and Western Digital (WD60EFRX). Both drives performed well in our evaluation of 45 drives each, but we wanted to see if the results held up as we scaled the quantity of drives. We now have 450 Seagate and 495 WD drives deployed and as you’ll see, things are a bit different this time around.

For our initial comparison of the Western Digital and Seagate 6TB drives, we installed the drives from each vendor in their own v3.0 Storage Pod. Each Pod was identically configured, except for the drives being different. During the evaluation period we measured the amount of data each Storage Pod loaded each day. Our results were somewhat unexpected as the Western Digital drives loaded data faster even though they were spinning slower, 5900 rpm for Western Digital versus 7200 rpm for the Seagate drives.

For our expanded comparison, let’s first look at the current stats for each drive model as of April 27, 2015:

As noted, the initial evaluation was done with v3.0 Storage Pods. Subsequently, we switched over to v4.5 Storage Pods and the new drives from both vendors were deployed into the newer Pods. One of the primary differences between the two different Storage Pod versions is the use of SATA 6 Gb/s (SATA III) in the v4.5 Pods versus SATA 3 Gb/s (SATA II) in the v3.0 Pods.

The Backblaze cloud backup service currently receives about 140,000GB of data from our customers each day. Data arrives in similarly sized encrypted chunks. On any given day, multiple Storage Pods accept the data as it arrives. The data is passed to a Storage Pod and if that Pod is busy, the data is passed to the next Pod in line. Over the course of a day, this results in all available Storage Pods being given the same opportunity to accept data at the same rate.

We tracked and recorded the Storage Pods filled with the 6TB Seagate and Western Digital drives. We started with the day they went online and continued each day until the Pods were 80% full. Once they reach this point, the Pods are designed to reduce the amount of data they accept. 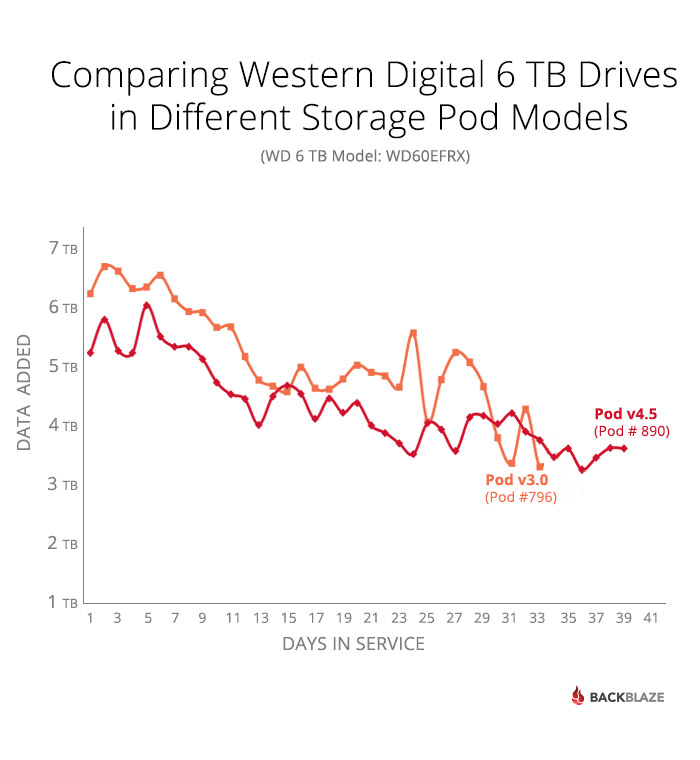 A quick look would seem to indicate that the Western Digital drives accepted less data per day in the newer version Storage Pods. The following table sharpens that observation.

Now we’ll compare the Seagate 6TB drives in the different Storage Pods models. As noted previously, when a specific Storage Pod ID is shown, it is representative of all similarly configured Storage Pods. 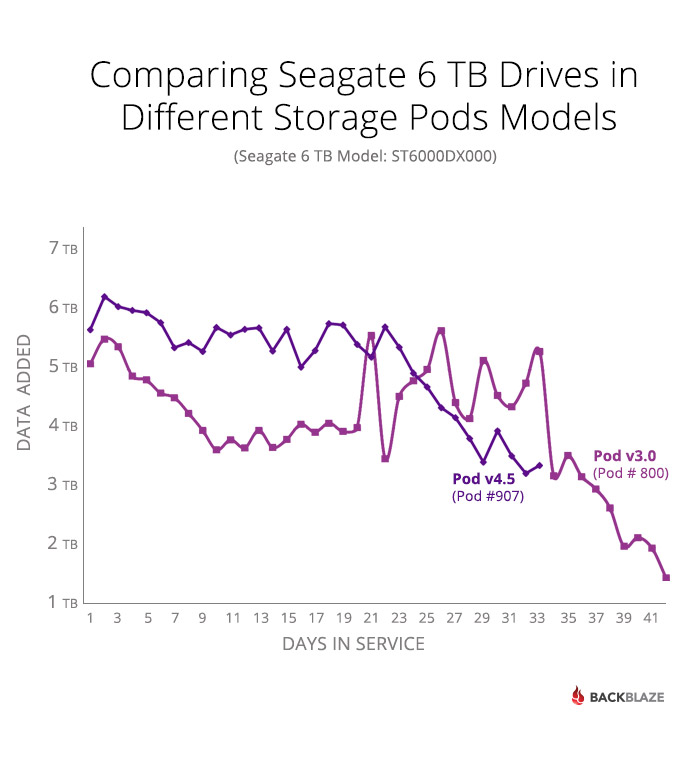 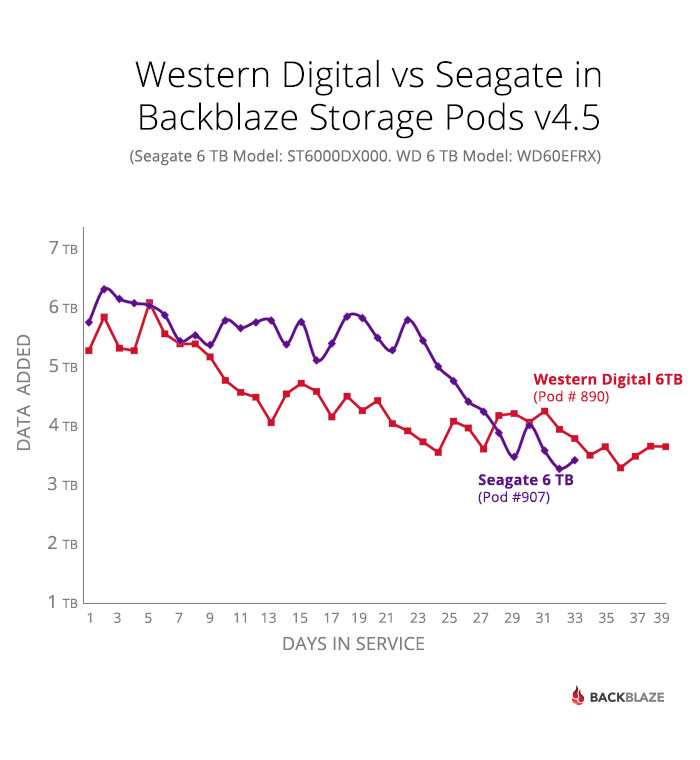 In the v4.5 Pod, the Seagate drives consistently finished in 32-34 days while the Western Digital systems took much longer. This was over the same observation period in the same environment. Breaking this down into a table, we see:

Given these observations, the Seagate drives in v4.5 Storage Pod compare favorably to the Western Digital drives in the v3.0 Pod.

This time, the Seagate 6TB drives loaded data faster than the Western Digital 6TB drives. This result was observed across multiple Storage Pods and held true even when we normalized the data to account for variances in the amount of data received during the observation periods as well as the total number of Storage Pods available for data storage on any given day.

As always, we’re reporting what we’ve observed on our environment. If you or someone you know works on hard drive internals, we’d love to hear your theories. Please feel free to join the conversation.

What About Western Digital?

The results do not mean Western Digital is shut out. Both the Seagate and Western Digital drives work in our environment and both drives store data in a reasonable amount of time. Besides, once a Storage Pod is full (or nearly full), we just need the hard drives inside to keep spinning, waiting for the day when a customer needs to recover their data. It’s not exciting, but in this case, that’s a good thing.