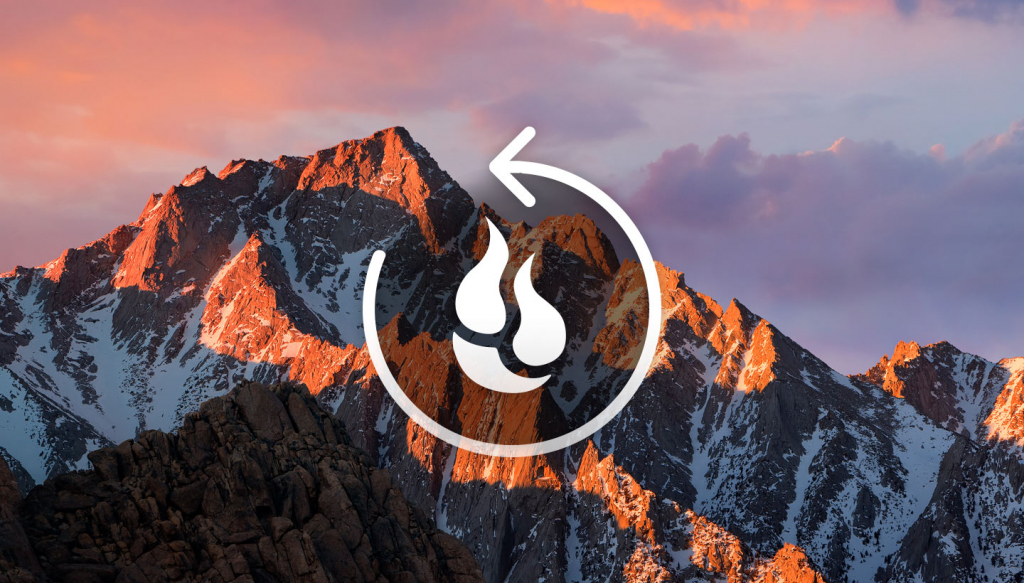 On Tuesday, Apple released macOS Sierra 10.12. It’s a free upgrade, and many Mac users around the world will rush to install it. If you plan to join the crowd, please make sure to back up your computer before you do. Your data should be safe no matter what happens. Backblaze is here to help with this upgrade guide!

With this release, Apple rebranded the Mac operating system “macOS” instead of “OS X.” But the new name and number isn’t the only big change. There are lots of changes under the hood. These changes bring new system requirements. There’s always the possibility that stuff you depend on will stop working, at least until it’s updated. So, there’s a lot to know before you get started.

Why Upgrade to Sierra?

Sierra’s tentpole features include Siri, Universal Clipboard, security unlock using your Apple Watch, better integration with iCloud Drive, Apple Pay support, optimized storage, and more. We won’t get to all the new features, but here’s a rundown of some of the tentpole stuff.

For the first time, Apple’s intelligent assistant is available on the Mac. Siri’s been a feature of the iPhone and iPad for a while, but it’s never been on the Mac before. Now you can use Siri on the Mac to schedule appointments, play music, set up reminders, find files, and do lots more.

This new feature lets you copy on one device and paste on another. You can copy images, video, and text from your iPhone or iPad and paste it on your Mac (or the reverse). That makes it easier than ever to do your work without worrying about what device you’re using.

If you’re wearing an Apple Watch running watchOS 3, you can now unlock your Mac automatically once you start using it. No more typing in passwords when you wake your Mac from sleep or turn it on. A nice convenience feature!

iCloud Drive helps you share files between multiple Macs or iOS devices signed into the same iCloud account. iCloud Drive isn’t a cloud backup solution like Backblaze—it’s a great sync tool, however. Changes to iCloud Drive in Sierra include the ability to automatically sync the contents of both your Mac’s desktop and its Documents folder, the two locations most of us keep most of our files. That makes it easier to find those files between devices.

More merchants than ever accept Apple Pay, Apple’s contactless payment system, including many online stores. If you have an Apple Pay-compatible iPhone or Apple Watch, you can now use it with your Mac to complete online Apple Pay transactions.

Apple’s penchant for Solid State Drives (SSDs) in most Macs mean faster storage but far less of it than before, which means it’s easier to run out of space as you put more apps and data on your Mac. Now Sierra can automatically move infrequently-used files to iCloud instead, freeing up space on your Mac’s drive.

You can still find the file right where you left it. When you open it, Sierra downloads the original from iCloud so you can keep working. Sierra can also prompt you to remove duplicate files and remove clutter—app installers you don’t need, for example, or installer cache files. Things that can take up a lot of space, things you just don’t need.

In general, any Mac built since late 2009 can run Sierra. That’s a bit more than El Capitan, which supported Macs built since 2008. You’ll need OS X 10.7.5 Lion or later installed, along with at least 2GB RAM and 8.8GB of available storage to manage the upgrade.

Some features of Sierra—Apple Pay and Apple Watch unlock, for example—require other compatible devices running up to date software. Siri needs an internal or external microphone and an internet connection. Other features require new Mac models in order to work. You can check to see if your Mac is compatible with Sierra on Apple’s website.

What Do I Do Before I Upgrade?

Back That Mac Up

Back up before you upgrade the operating system or make any other crucial changes to your Mac. Upgrading your OS is a major change to your computer, and this is where the rubber meets the road. If there’s going to be a problem, you’ll likely see it here.

We recommend the 3-2-1 backup strategy to make sure your data is safe. What does that mean? Have three copies of your data. There’s the “live” version on your Mac, a local backup (Time Machine, clone software, whatever you prefer), and an off-site backup (like Backblaze). No matter what happens to your computer, you’ll have a way to restore the files if anything goes wrong. Need help understanding how to back up your Mac? We have you covered with a handy Mac backup guide!

Check for App and Driver Updates

Avoid finding out crucial software or devices you need to do your job don’t work before it’s too late. Check first with app developers and vendors of any third-party products you rely on to make sure they’re ready for Sierra. Visit their websites or use the “Check for Updates” feature built into most apps (often found in the File or Help menus).

If you’ve downloaded apps through the Mac App Store, make sure to open it and click on the Updates button to download the latest updates. Devs have had months to incorporate the changes Apple made in Sierra. Many apps and driver software have already been updated to work. But there are still a few holdouts.

We’ve taken care to ensure that Backblaze works with Sierra. Of course, we’ll watch Apple’s release carefully for any last minute surprises. We’ll officially offer support for Sierra once we’ve had a chance to thoroughly test the release version.

Updating can be hit or miss when you’ve installed apps which didn’t come from the Mac App Store. To make it easier, visit the MacUpdate website. MacUpdate tracks changes to thousands of Mac apps. The site also makes a companion Mac updating app for subscribers.

Set Aside Time for the Upgrade

Depending on the speed of your internet connection and your computer, upgrading to Sierra will take a few hours. You’ll be able to use your Mac straightaway after answering a few questions at the end of the upgrade process. If you notice fans are kicking on or if the Mac acts sluggish, give it some time to catch up with all the changes.

If you’re going to install Sierra on multiple Macs, one great time and bandwidth saving tip came from our customer, Stefan, in the comments below. After downloading Sierra, make sure to copy the installer from your Mac’s Applications folder to a USB thumb stick (or an external drive) before using it. As part of the upgrade process, the installer routinely deletes itself once it’s completed. This will save you from having to re-download it on each computer you plan to upgrade.

Where Do I Get Sierra?

Like other Mac operating system releases, Apple offers macOS 10.12 Sierra for download from the Mac App Store, which is included on the Mac. As long as your Mac is supported and running OS X Lion 10.7.5 or later, you can download and run the installer. It’s free, too.

An Ounce of Prevention…

Back up your Mac before doing anything to it, and make Backblaze part of your 3-2-1 backup strategy. That way, your data is secure. Even if you have to roll back after an upgrade or if you run into problems, you’ll know that you can restore to where you were before all the problems started.

Getting ready to install Sierra? Still have questions? Let me know in the comments.

Tony Joins the Support Squad
Next Post: How Heavy Is the Backblaze Cloud?