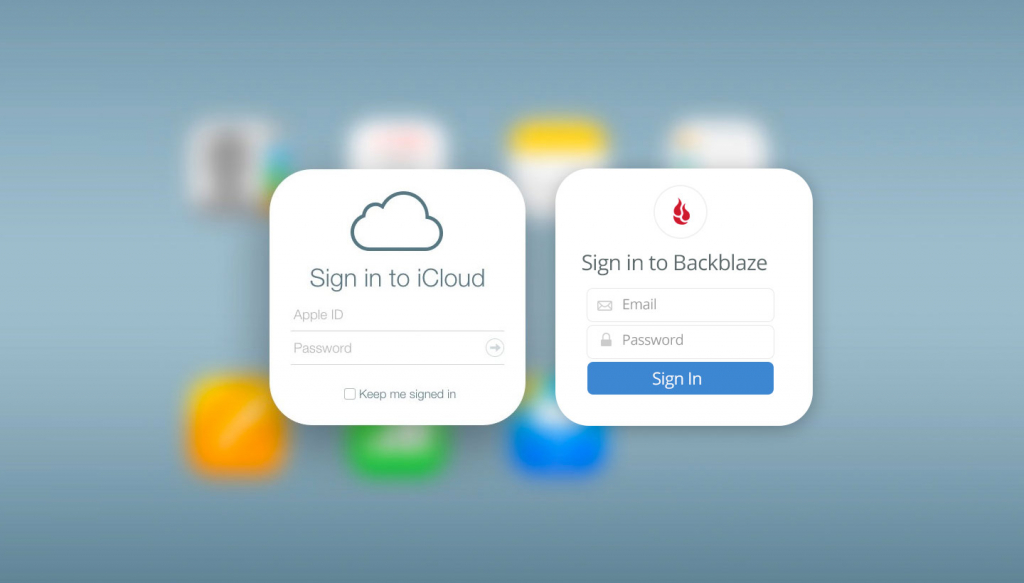 Apple’s iCloud gives Mac and iPhone users an easy way to sync data between devices. Now more than ever, Apple is blurring the line between sync and backup, but don’t mistake iCloud for a true backup solution like Backblaze.

Let me say at the outset that this isn’t a warning against using iCloud. I use it and so do some of my colleagues at Backblaze. Many of us with iCloud accounts just assume all our data is backed up. Some of us only find out too late that it isn’t, and lose precious information as a result. Let me save you that fate by exploring what iCloud is and is not.

iCloud syncs calendars, contacts, mail, Safari bookmarks, notes, and more. You’re always up to date regardless of whether you’re working on the Mac, iPhone, or iPad, or even just signing in on the web. Having all your files synced among your devices is convenient, but it’s not the same as a backup.
iCloud also serves as a repository for photos and videos and lets you store files. iCloud Family Sharing lets you share iTunes music, movies, apps, and iBooks purchases with other family members. You can even use iCloud to locate missing devices. You can also back up your iOS devices to iCloud.

iCloud Drive is Apple’s alternative to Dropbox. It lets you sync files and folders between devices. Apple’s most recent Mac operating system update, Sierra, also allows you to upload the contents of your desktop and Documents folders to the cloud.

Sierra can also automatically clear space off of your hard drive by “purging” old files and uploading them to iCloud Drive. Here’s a big problem: You’re trusting Apple with those files alone, which is counter to the triple backup best practice. Even if you’re using Backblaze, our software can’t back up what’s not there.

iCloud is linked to your Apple ID. Most of us use the same Apple ID to download apps and purchase music in iTunes. Your Apple ID is the key to the Apple realm. One of the first things you’ll be asked when you set up a new Apple device is your Apple ID.

You certainly don’t have to use iCloud, but it makes syncing and sharing files easier. Apple gives each iCloud account 5GB for free. That’s not that much. That’s about 1,000 songs, 2,000 photos, or less than half an hour of HD video: Not really very much, given the capacity of modern devices. To get more storage space, you need to pay.

While iCloud is an Apple service that’s become a differentiator for Apple products like the iPhone and Mac, it’s not exclusive to them—you can access your iCloud account, and much of your iCloud data, from the web (by logging in to iCloud.com using your Apple ID) or on a Windows PC (using optional software you can download from Apple).

iCloud is linked on both the Mac or PC and the iPhone, and much of it is “under the hood”—that is to say, it’s syncing specific types of shared data, like your Contacts database, your Calendar files, Mail accounts, and photos.

Having all your files synced among your devices is convenient, but it’s not the same as a backup. A backup provides you with a robust way to recover your data in the event of a catastrophic failure. That’s not really what iCloud is designed to do.

That’s why it’s good to complement iCloud with an unlimited cloud backup service like Backblaze.

iCloud makes it easy to share and sync essential files between your Mac, iPhone, iPad, and other Apple devices. Backblaze makes it simple and affordable to back up all your data on any Mac or PC and access it from anywhere. Together they provide you with the ability to share and access your data easily with the peace of mind to know that your data is automatically and safely backed up.

Have questions about iCloud or Backblaze that I didn’t address here? Fire me off a question in the comments below!

A History of Hard Drives
Next Post: Joe Joins the Data Center Team