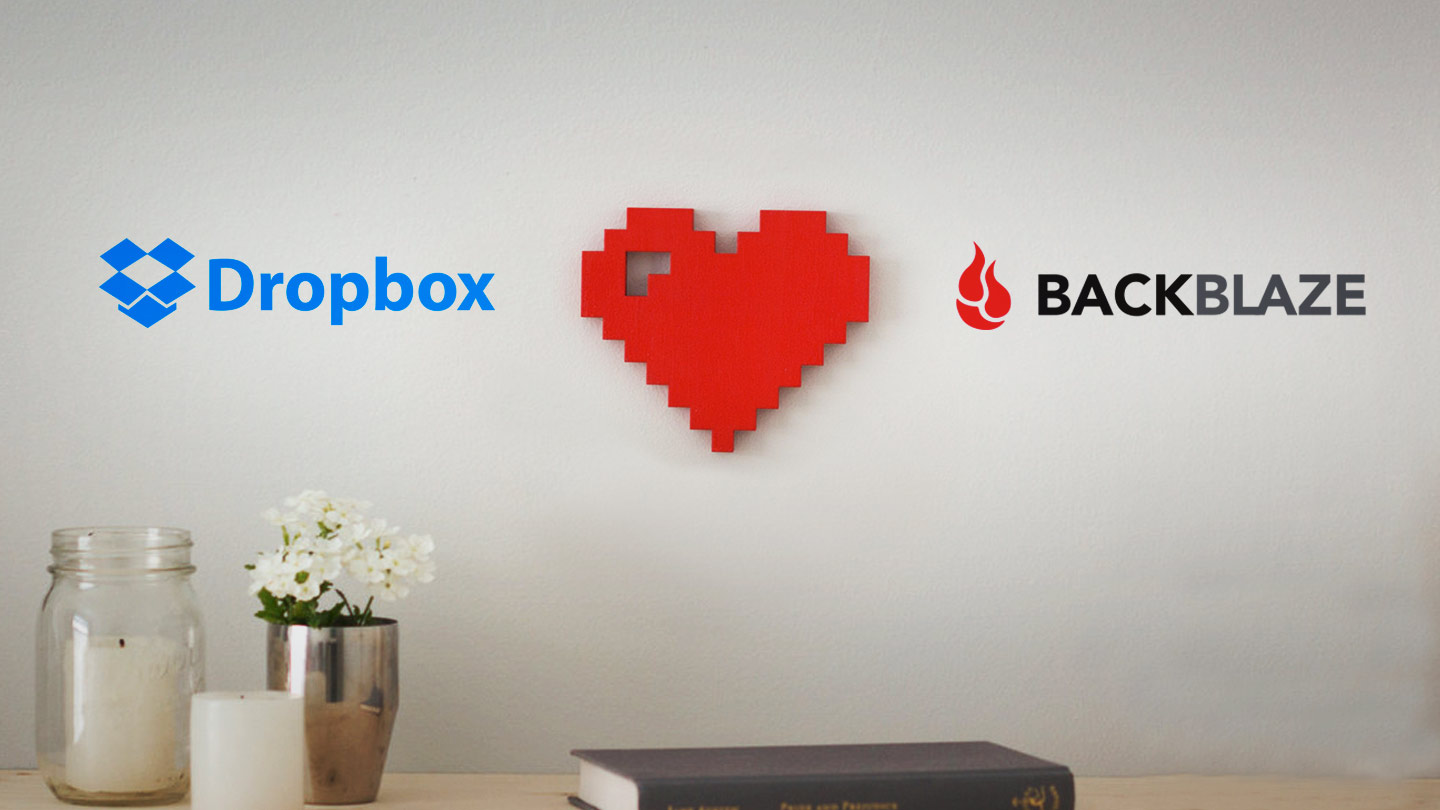 We’ve talked before about the difference between online storage and online backup. One of the most popular online sharing services is Dropbox. Many of us have both Dropbox and Backblaze installed side by side on the same computer. How do they work together to keep your computer data protected? Let’s take a look.

Dropbox is a subscription-based file sharing service. People use it to share files with each other, and sync files between different computers. Some even use it to back up files, but are often surprised by how much that can cost and how much work is involved to truly back up all their data.

You can share all sorts of files with Dropbox, and you can manage your account using a web browser or a smartphone app. You can allow other users access to specific files and folders, which makes Dropbox a handy tool for projects and an easy way to share things like photos, videos, and other media-rich content with friends and colleagues.

Dropbox’s basic account is free, though you’re limited to only 2GB of storage space. Subscribing to the company’s Pro service costs $9.99 per month for 1TB of storage. When your Dropbox account exceeds its storage limit, it stops syncing and storing additional data.

Dropbox is essential software for millions of users. The Dropbox app and service make it seamless to share files between computers and between users, making Dropbox a popular option for home users and businesses alike.

Dropbox duplicates a folder on your own hard drive in the cloud. Changes you make to your local Dropbox folder are made to the cloud as well. You can recover deleted files up to 30 days from the time they’re removed, using the Dropbox interface.

Dropbox has proven to be a versatile and popular way to help people share files with each other. Thousands of other apps and services have popped up that hook into Dropbox in different ways. For many of us, Dropbox is an essential application for our business and personal computing use.

Dropbox is a great tool for syncing and sharing and will keep a backup of your Dropbox folder. However in order to ensure all of your data files are backed up, you’ll want to complement Dropbox with an unlimited cloud backup service like Backblaze. There are several places where Backblaze complements Dropbox.

Dropbox lets you share and sync files with ease. Backblaze backs up all of your computer’s essential data to the cloud—that includes the contents of your computer’s Dropbox folder. Together they provide you with the flexibility to share your data as desired and the peace of mind in knowing it is automatically and safely backed up.

One Billion Drive Hours and Counting: Q1 2016 Hard Drive Stats
Next Post: Data Backup: Are You a Hero or a Zero?