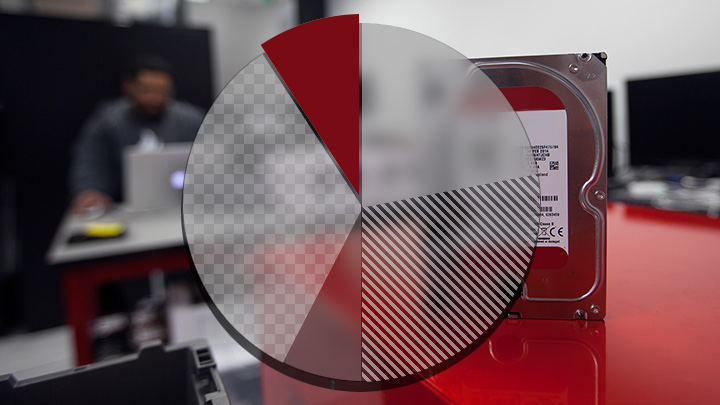 Backblaze has released the raw data collected from the more than 41,000 disk drives in our data center. To the best of our knowledge, this is the largest data set on disk drive performance ever to be made available publicly.

Over the past 16 months, I have been posting information about hard drive reliability based on the raw data that we collect in the Backblaze data center. I have been crunching those numbers to correlate drive failures with drive model numbers, with SMART statistics, and other variables.

There are lots of smart people out there who like working with data, and you may be one of them. Now it’s your turn to pore over the data and find hidden treasures of insight. All we ask is that if you find something interesting, that you post it publicly for the benefit of the computing community as a whole.

What’s in the Data?

Every day, the software that runs the Backblaze data center takes a snapshot of the state of every drive in the data center, including the drive’s serial number, model number, and all of its SMART data. The SMART data includes the number of hours the drive has been running, the temperature of the drive, whether sectors have gone bad, and many more things. (I wrote a blog post correlating SMART data with drive failures a few months ago.)

Each daily stats file is in CSV (comma-separated value) format. The first line lists the names of the columns, and then each following line has all of the values for those columns. Here are the columns:

The Wikipedia page on SMART (https://en.wikipedia.org/wiki/S.M.A.R.T.) has a good description of all of the data, and what the raw and scaled values are. The short version is that the raw value is the data directly from the drive. For example, the “Power On Hours” attribute reports the number of hours in the raw value. The normalized value is designed to tell you when the drive is OK. It starts at 100 and goes down to zero as the drive gets sick. (Some drives count down from 200.)

How to Compute Failure Rates

One of my statistics professors once said, “It’s all about counting.” And that’s certainly true in this case.

To count drive days, we’ll take a look every day and see how many drives are running. Here’s a week in the life of a (small) data center:

Annual failures rates can be higher than 100%. Let’s think this through. Say we keep 100 drives running in our data center at all times, replacing drives immediately when they fail. At a daily failure rate of 2%, that means two drives fail each day, and after a year 730 drives will have died. We can have an annual failure rate above 100% if drives last less than a year on average.

Where Is the Data?

You’ll find links to download the data files here. You’ll also find instructions on how to create your own sqlite database for the data, and other information related to the files you can download.

Let Us Know What You Find

That’s about all you need to know about the data to get started. If you work with the data and find something interesting, let us know!

Hard Drive Stats: FAQ
Next Post: My Permanent Out of Office Email: One Month Later