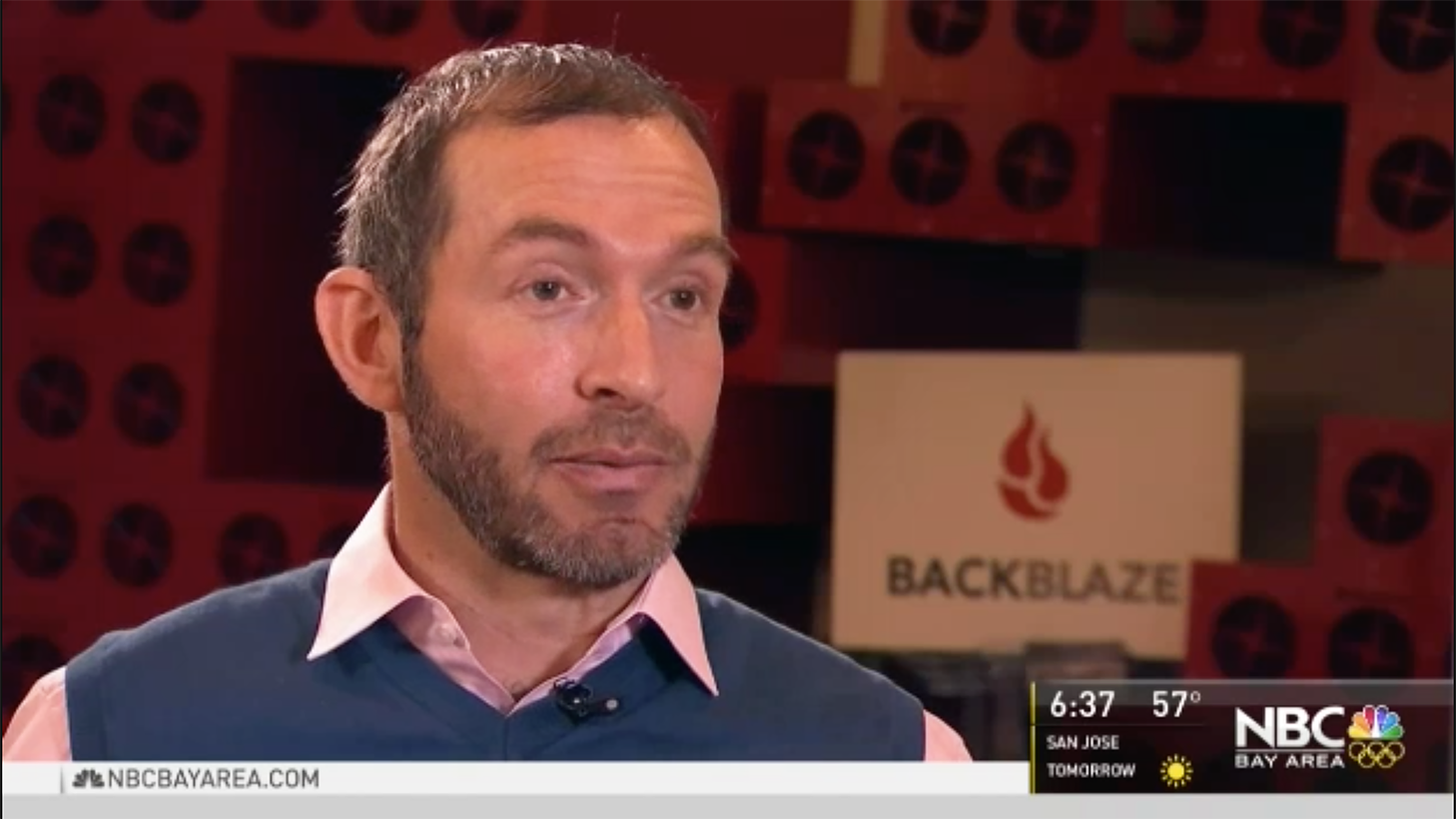 David Platt thought that his computer was adequately backed up, but when his hard drive crashed, he was forced to turn to a data recovery company to get back specific files and emails he needed.

When the company recovered some data — but not the files and emails he wanted — and David was charged $383 anyway, he turned to NBC Bay Area Responds, the consumer action group at the San Francisco Bay area NBC TV affiliate.

Their investigation showed that even though the firm hadn’t recovered the data he needed, David was obliged to pay them the full data recovery cost. If David had wanted the recovery done in a hurry, his cost could have been as high as $999, and he still wouldn’t have gotten back the files he needed.

NBC Bay Area Responds contacted 33 data recovery companies around the country and discovered that 24 of the 33 also charge full price even if they only recover one file from the drive — any file.

Gleb Budman, Backblaze CEO, who was interviewed for the story, advised viewers that it’s far more effective, and less expensive, to be fully backed up with a backup solution like Backblaze. In David’s case, he had an auto backup program that preserved most of his files, but some important accounting files and emails were not part of that backup. Backblaze backs up everything on your computer, even the files and folders you might not think you need, but might contain valuable data. That makes Backblaze Backup easier and more effective than other programs that require the user to specify every location and file on their computer that needs to be backed up.

Many experts, as well as Backblaze, recommend a 3-2-1 backup strategy, which means that you always have three copies of your data: two copies stored locally and one in the cloud.

“On average, one out of every two people lose data every year,” said Gleb Budman, CEO of Backblaze, a San Mateo company that aims to prevent lost files. “In the case of Backblaze, it’s $5 a month and we back up all of the data,” Budman said. “Then… it’s a bummer if your hard drive dies, but you don’t lose any data.”

David Platt now uses Backblaze and has a full backup of his hard drive stored in the cloud. Every file is there.

“We’ve kinda upped the game of backing up of our personal data,” he said.

You can view the full story at NBC KNTV, Man’s Data Recovery Dilemma Costs Hundreds, or watch the video below.