Backblaze has made a new release available. All users are scheduled to automatically upgrade over the next two weeks. Below are the enhancements in this release:

In addition to various minor fixes and enhancements, there are two key new features:

1. Backup of Individual Files up to 9GB

Despite most photos, songs, and documents being just a few megabytes each, Backblaze has always supported backing up individual files up to 4GB (1,000 times bigger) to ensure we captured even your full-length HD movies. However, once in a while we had users tell us they have even larger files: extra-long HD movies, raw footage from photographers and videographers, Outlook files in certain businesses, and more. So, in this latest release, we added support for backing up uber-large files up to 9GB.

A question we sometimes get asked is: “My iPhoto, Aperture, or Lightroom file that contains all my pictures is bigger than that. Will it get backed up?” Yes. All of those store the files individually inside what is called a “package” on the Mac. Backblaze sees that it is a package and backs up all the individual files inside of it—which are typically a mere few megabytes.

The default remains 4GB for existing and new installs since this will not be necessary for most people. However, all it takes is a flick of a menu item to change it if you do.

How Do You Take Advantage of This New Maximum File Size? 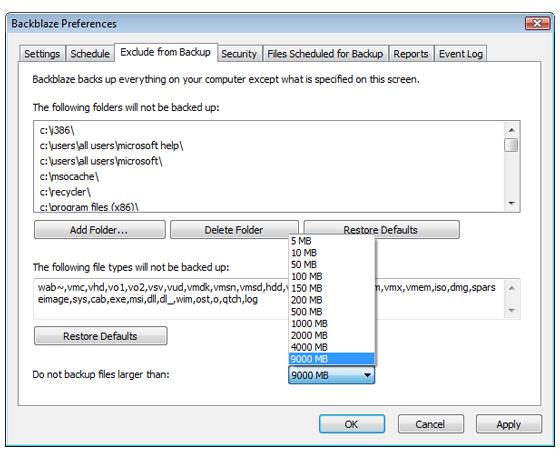 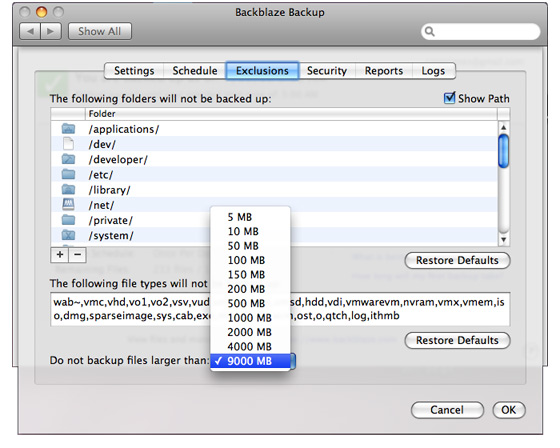 “Do I need to upload all my data again?”

We have heard this question many times in the past. Users upgrading from Windows XP to Windows 7 or buying new computers to replace old ones want their backup magically tied to their new setup. Transfer Backup State enables this to happen easily.

When Would You Use Transfer Backup State?

When Would You NOT Use Transfer Backup State?

When your old computer died. (Instead, you should restore your data ASAP.)

How Do You Transfer Backup State?