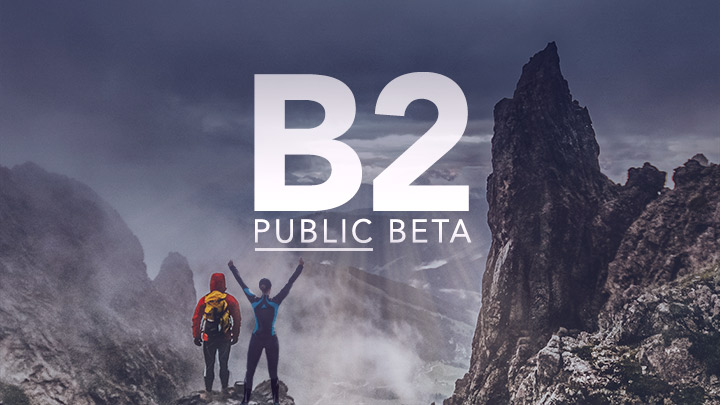 Starting today Backblaze B2 Cloud Storage has moved to public beta, meaning anyone can sign up and immediately start using the service. We announced the Backblaze B2 private beta a couple of months ago and since then over 15,000 people helped find bugs, stress APIs, suggest features, and more. Now it’s time to take the next step and move to public beta.

In case you’re new to B2 Cloud Storage, it is a service that enables developers, IT people, and everyone else to store data in the cloud. Often referred to as infrastructure as a service (IaaS) or object storage, it provides the ability to store, retrieve, and/or share data and scale up and down, while only paying for what you use. Backblaze B2 offers cloud storage similar to Amazon S3, Microsoft Azure storage, and Google Cloud Storage—but at a much lower cost.

The Private Beta in Review

Over 15,000 people signed up and were invited to the private beta. We started out slow—inviting just one person to the private beta in mid-October. He filed 18 bug reports in the first day (Thank you, Jim.) We dug in and within a week we were ready to invite the next group of five users, then 10, then 100, then 1,000, then 3,000 and so on over the next few weeks. We invited users from places far and wide: Australia, the UK, Europe, South America, and more. The feedback has been amazing and we continue to get constructive and creative ideas on functionality and new features. This is just what you want in a beta.

The Backblaze B2 Community Is Alive

Another awesome thing was how fast the developer community joined in to build wrappers, tools, and even integrations around and with Backblaze B2. Already on GitHub there are dozens of API wrappers for various languages. We are in the process of establishing a repository in our GitHub account to link to these wrappers. We have also started an integrations page on our website to list and describe some of the integrations others have developed. For example, HashBackup (server backup) and Duplicity (tar-formatted backup) have integrations that support Backblaze B2, with a FUSE integration and many others on the way.

What Would You Do With Backblaze B2?

As the private beta progressed, our team met with dozens of companies to determine their goals in using Backblaze B2. Here’s a quick list of some of the planned uses for B2 Cloud Storage:

Now anyone can get immediate access to the B2 Cloud Storage public beta.

In either case, once you are signed up, please take a couple of minutes to read the “Welcome to the Backblaze B2 beta” document. Then sign in, get working, and let us know how things are going. Thanks.