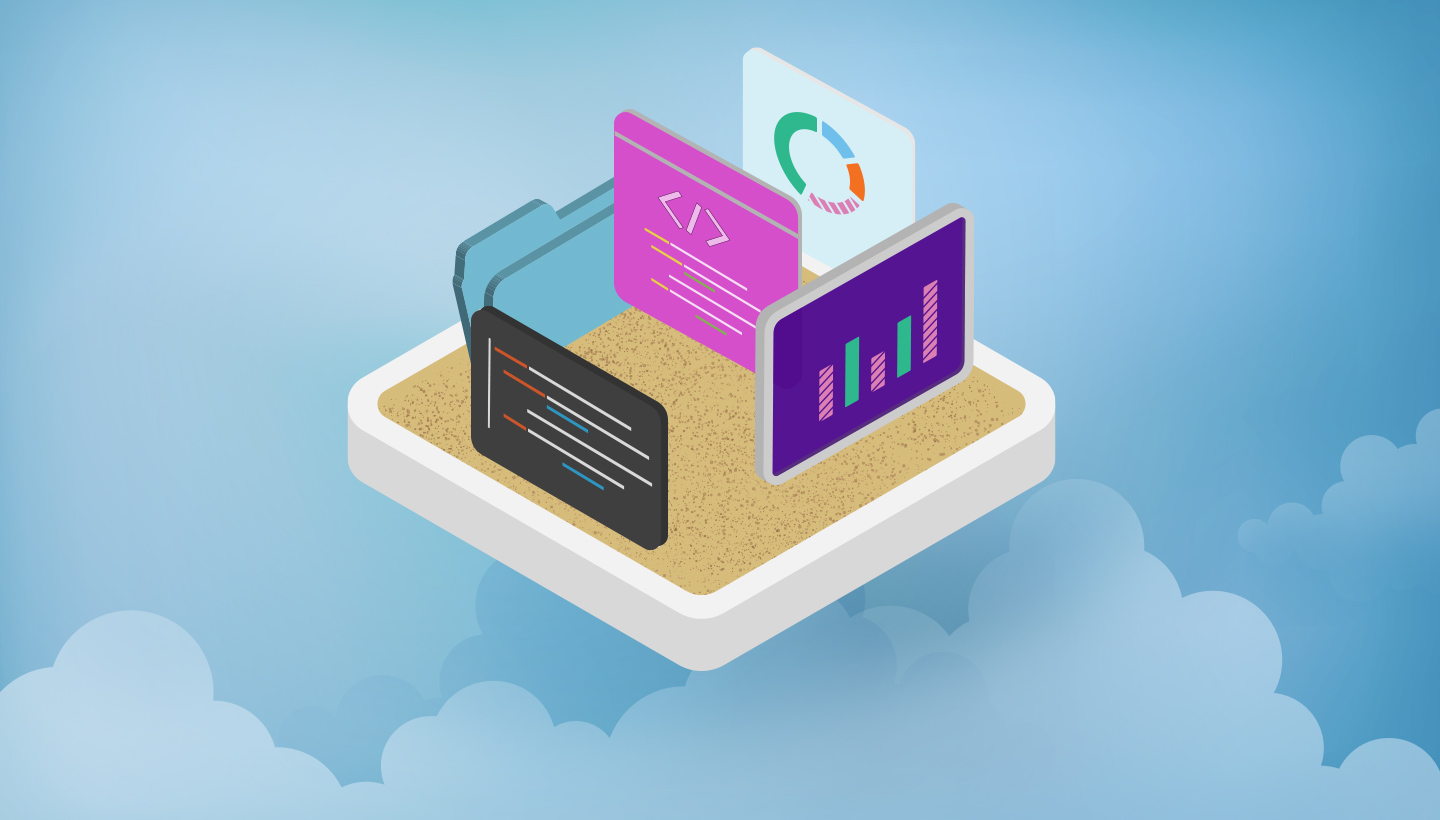 “What is Cloud Storage?” is a series of posts for business leaders and entrepreneurs interested in using the cloud to scale their business without wasting millions of capital on infrastructure. Despite being relatively simple, information about “the Cloud” is overrun with frustratingly unclear jargon. These guides aim to cut through the hype and give you the information you need to convince stakeholders that scaling your business in the cloud is an essential next step. We hope you find them useful, and will let us know what additional insight you might need.” –The Editors

What is Cloud Storage?

The words “testing and development” bring to mind engineers in white lab coats marking clipboards as they hover over a buzzing, whirring machine. The reality in app development is more often a DevOps team in a rented room virtually poking and prodding at something living on a server somewhere. But how does that really work?

Think of testing in the cloud like taking your app or software program to train at an Olympic-sized facility instead of your neighbor’s pool. In app development, building the infrastructure for testing in a local environment can be costly and time-consuming. Cloud-based software development, on the other hand, gives you the ability to scale up resources when needed without investing in the infrastructure to, say, simulate thousands of users.

What Is Cloud Software Testing?

Cloud software testing uses cloud environments and infrastructure to simulate realistic user traffic scenarios to measure software performance, functionality, and security. In cloud testing, someone else owns the hardware, runs the test, and delivers the test results. On-premise testing is limited by budgets, deadlines, and capacity, especially when that capacity may not be needed in the future.

Any software testing done in a local test environment can be done in the cloud, some much more efficiently. The cloud is a big sandbox, and software testing tools are the shovels and rakes and little toy dump trucks you need to create a well-functioning app. Here are a few examples of how to test software. Keep in mind, this is by no means an exhaustive list.

Stress tests measure how software responds under heavy traffic. They show what happens when traffic spikes (a spike test) or when high traffic lasts a long time (a soak test). Imagine putting your app on a treadmill to run a marathon with no training, then forcing it to sprint for the finish. Stress testing software in an on-premise environment involves a significant amount of capital build-out—servers, software, dedicated networks. Cloud testing is a cost-effective and scalable way to truly push your app to the limit. Companies that deal with big spikes in traffic find stress testing particularly useful. After experiencing ticketing issues, the Royal Opera House in London turned to cloud stress testing to prepare for ticket releases when traffic can spike to 3,000 concurrent users. Stress testing in the cloud enables them to make sure their website and ticketing app can handle the traffic on sales days.

If stress testing is a treadmill, load testing is a bench press. Like stress testing, load testing measures performance. Unlike stress testing, where the software is tested beyond the breaking point, load testing finds that breaking point by steadily increasing demands on the system until it reaches a limit. You keep adding weight until your app can’t possibly do another rep. Blue Ridge Networks, a cybersecurity solutions provider based in Virginia, needed a way to test one of their products against traffic in the millions. They could already load test in the hundreds of thousands but looked to the cloud to scale up. With cloud testing, they found that their product could handle up to 25 million new users and up to 80 million updates per hour.

Stress and load tests are subsets of software performance testing—the physical fitness of the testing world. The goal of performance testing is not to find bugs or defects, but rather to set benchmarks for functionality (i.e., load speed, response time, data throughput, and breaking points). Cloud testing is particularly well-suited to software performance testing because it allows testers to create high-traffic simulations without building the infrastructure to do so from scratch. Piksel, a video asset management company serving the broadcast media industry, runs performance tests each night and for every new release of their software. By testing in the cloud, they can simulate higher loads and more concurrent users than they could on-premise to ensure stability.

If stress testing is like training on a treadmill, latency testing is race day. It measures the time it takes an app to perform specific functions under different operating conditions. For example, how long it takes to load a page under different connection speeds. You want your app to be first across the finish line, even under less than ideal conditions. The American Red Cross relies on its websites to get critical information to relief workers on the ground in emergencies. They need to know those sites are responsive, especially in places where connection speeds may not be very fast. They employ a cloud-based monitoring system to notify them when latency lags.

Compatibility testing checks to see if software works across different operating systems and browsers. In cloud testing, as opposed to on-premise testing, you can simulate more browsers and operating systems to ensure your app works no matter who uses it. Mobile meeting provider LogMeIn uses the cloud to test it’s GoToMeeting app on 60 different kinds of mobile devices and test their web-based apps daily across multiple browsers.

In the early days of technology development, a piece of hardware passed the smoke test if it didn’t catch on fire (hence, smoke). Today, smoke testing in software testing makes sure the most critical functions of an app work before moving on to more specific testing. The grocery chain Supervalu turned to cloud testing to reduce the time they spent smoke testing by 93 percent. And event management platform Eventbrite uses the cloud to run 20 smoke tests on every software build before running an additional 700 automated tests.

Advantages of Cloud Development vs. Traditional Software Development (and Some Drawbacks)

Moving your testing to the cloud is not without some drawbacks. Before you make the move, consider the following:

What Does Cloud Testing Cost?

Most cloud service providers offer a tiered pricing structure. Providers might charge per device minute (in mobile testing) or a flat fee for unlimited testing. Flat fees start around $100 per month up to $500 per month or more. Many also offer private testing at a higher rate. Start by determining what kind of testing you need and what tier makes the most sense for you.

Who Uses the Cloud for Software Testing?

As shown in the examples above, organizations that use the cloud for testing are as varied as they come. From nonprofits to grocery chains to state lottery systems, any company that wants to provide a software application to improve customer service or user experience can benefit from testing in the cloud.

No longer limited to tech start-ups and industry insiders, testing in the cloud makes good business sense for more and more companies working to bring their apps and software solutions to the world. 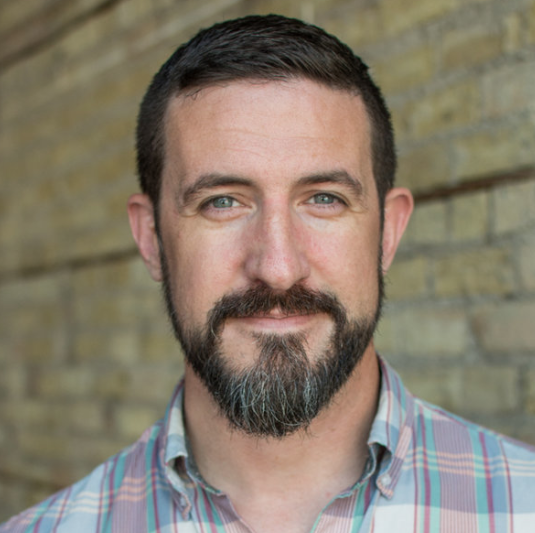 6 New Year’s Resolutions to Protect Your Data
Next Post: Saving Your Uncle’s Data: How To Back Up a Social Media Profile