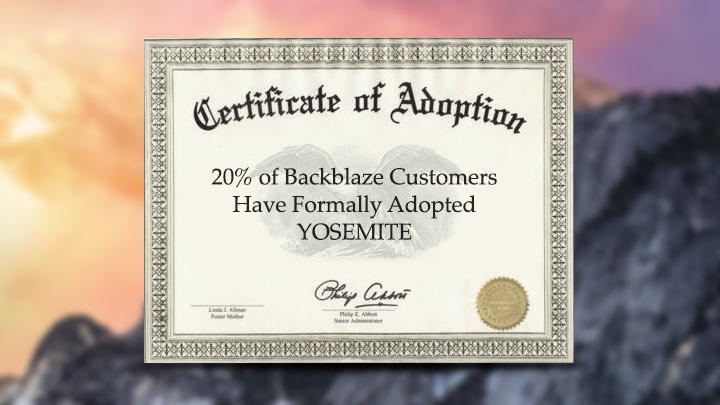 Since very early on, Backblaze has supported both Mac and Windows computers, so we keep aggregate statistics on how many customers are backing up each operating system, and specifically what versions. With the recent release of Mac OS X 10.10 Yosemite, I wanted to see the percent of people that had upgraded—and what I found was astounding.

The most recent version of Mac OS X, version 10.10 codenamed “Yosemite,” was released to the general public on October 16, 2014 as a free download for users on Apple’s Mac App Store.

Like many diehard Apple fans, I was excited and installed it on release day after having used some of the prerelease versions on non-crucial computers. So far, it’s been a pretty smooth ride, and we’ve seen the same for most of our Backblaze users as well.

Backblaze’s current version 3.0.1 and later fully supports Yosemite, and even has a “dark mode” icon for the menu bar.

I was curious how rapidly Backblaze customers have been adopting Yosemite as their operating system, and how that compared to Windows 8.

For background information, Windows 8 was released to the general public on October 26, 2012. On October 17, 2013, Windows 8.1 was released, improving Windows 8 and adding a few new features.

You read that right.

I have a few theories of my own:

What are your thoughts about why Yosemite has such a rapid adoption rate as compared to Windows 8? How do you like it? Let us know in the comments. 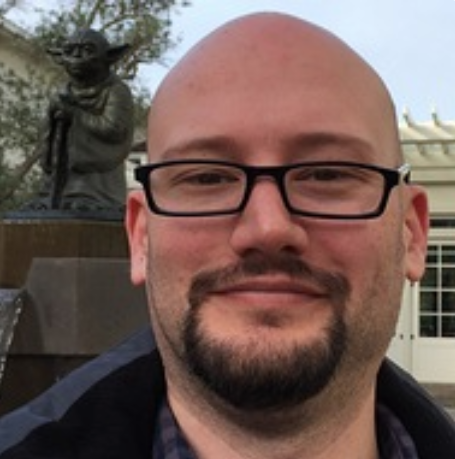 Adam has been supporting Macs, Windows and their users professionally for 15 years, earning his stripes behind the Genius Bar. He's been backing up to Backblaze since 2009; joining the team in 2012. If your ones and zeros are at sixes and sevens - he can help.

The New Backblaze Blog Site
Next Post: Voting vs. Mobile Phones. The Winner Is…