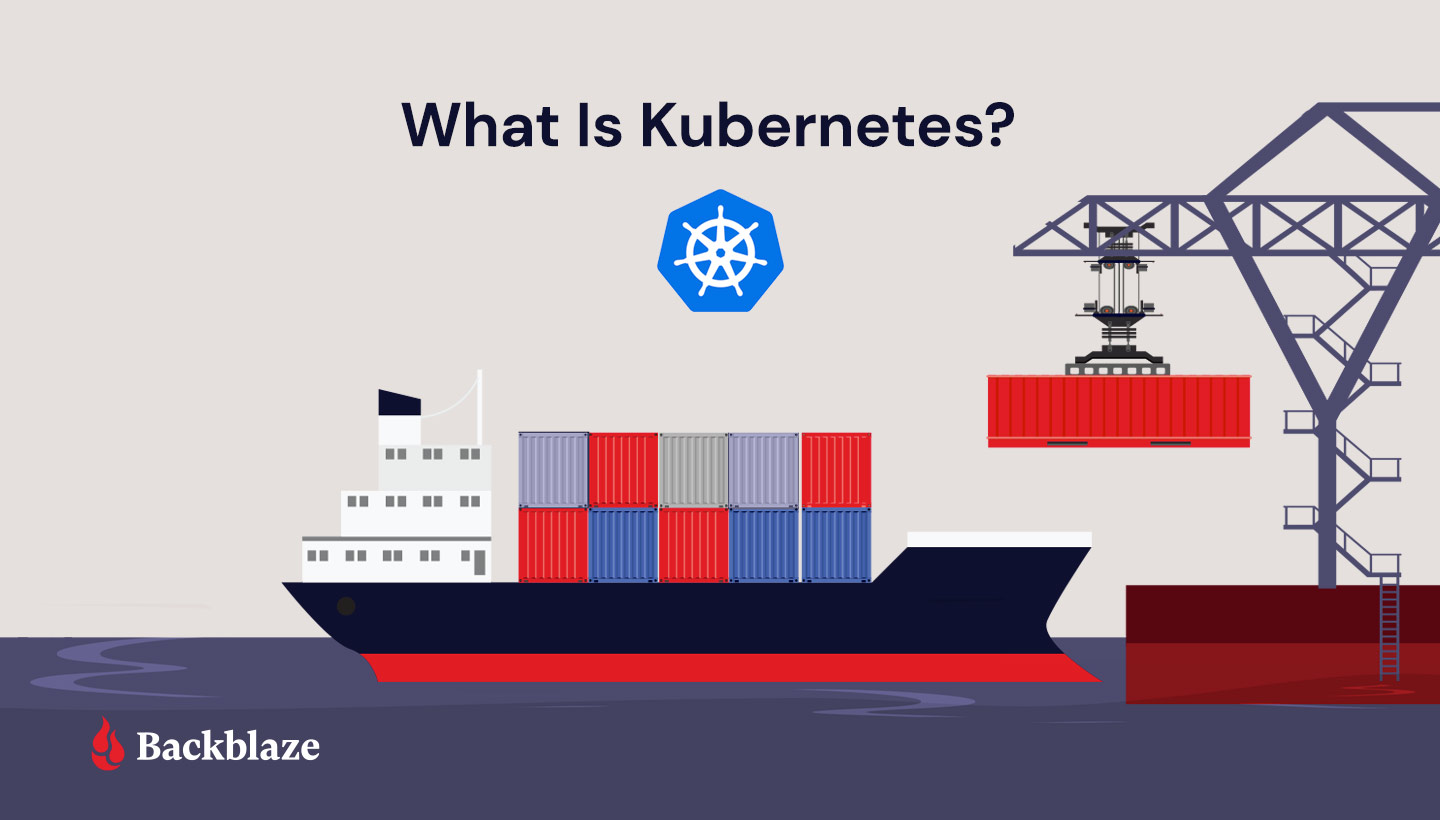 Do you remember when “Pokémon Go” came out in 2016? Suddenly it was everywhere. It was a world-wide obsession, with over 10 million downloads in its first week and 500 million downloads in six months. System load rapidly escalated to 50 times the anticipated demand. How could the game architecture support such out-of-control hypergrowth?

The answer: At release time, Pokémon Go was “The largest Kubernetes deployment on Google Container Engine.” Kubernetes is a container orchestration tool that manages resources for dynamic web-scale applications, like “Pokémon Go.”

In this post, we’ll take a look at what Kubernetes does, how it works, and how it could be applicable in your environment.

You may be familiar with containers. They’re conceptually similar to lightweight virtual machines. Instead of simulating computer hardware and running an entire operating system (OS) on that simulated computer, the container runs applications under a parent OS with almost no overhead. Containers allow developers and system administrators to develop, test, and deploy software and applications much faster than VMs, and most applications today are built with them.

But what happens if one of your containers goes down, or your ecommerce store experiences high demand, or if you release a viral sensation like “Pokémon Go”? You don’t want your application to crash, and you definitely don’t want your store to go down during the Christmas crush. Unfortunately, containers don’t solve those problems. You could implement intelligence in your application to scale as needed, but that would make your application a lot more complex and expensive to implement. It would be simpler and faster if you could use a drop-in layer of management—a “fleet manager” of sorts—to coordinate your swarm of containers. That’s Kubernetes.

Kubernetes Architecture: How Does Kubernetes Work?

Kubernetes implements a fairly straightforward hierarchy of components and concepts: 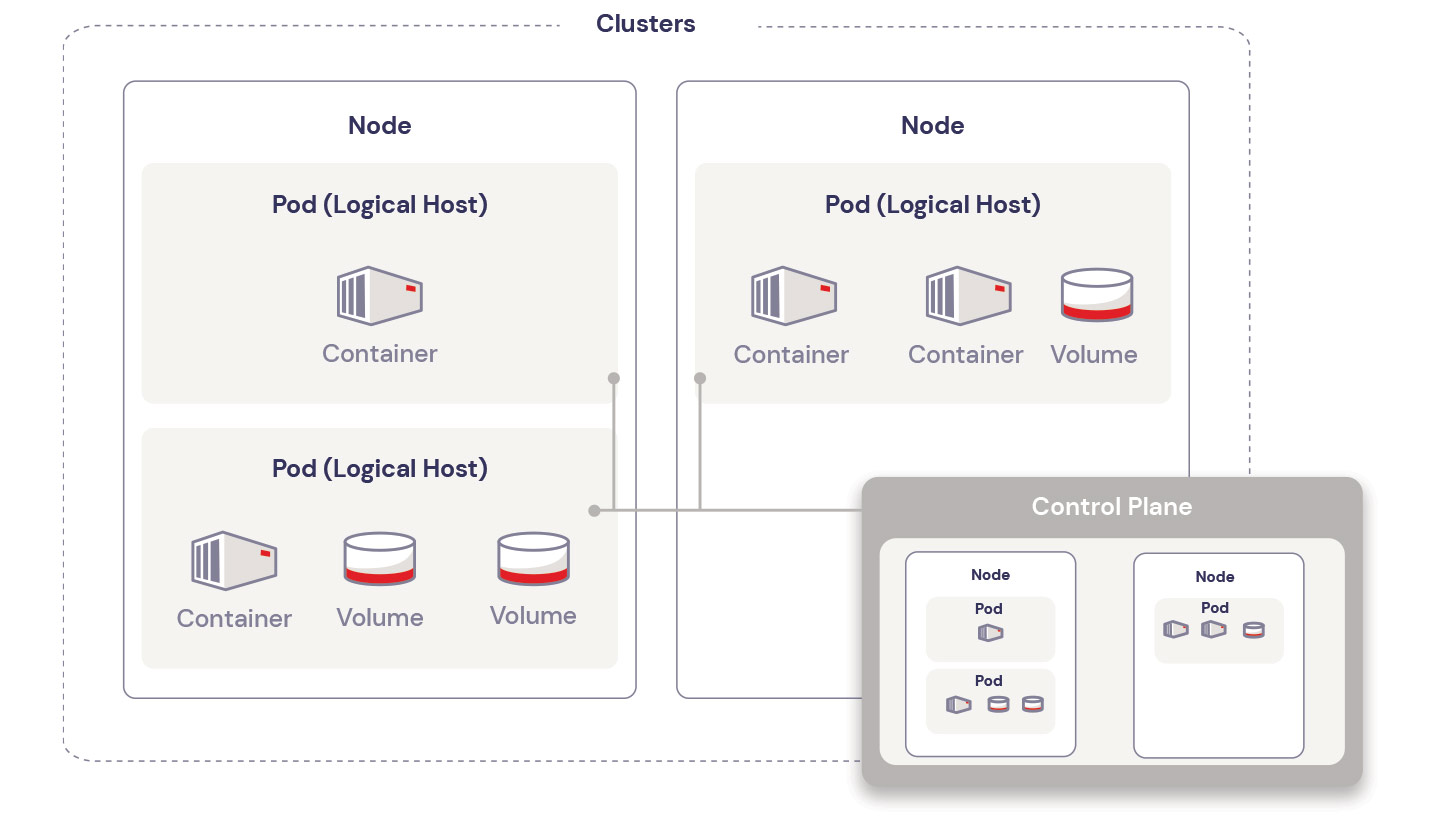 You have a few options to run Kubernetes. The minikube utility launches and runs a small single-node cluster locally for testing purposes. And you can control Kubernetes with any of several control interfaces: the kubectl command provides a command-line interface, and library APIs and REST endpoints provide programmable interfaces.

What Does Kubernetes Do?

As an example: You write a small reusable application (say, a simple database) on a Debian Linux system. Then you could transfer that code to an Ubuntu system and run it, without any changes, in a Debian container. (Or, maybe you just download a database container from the Docker library.) Then you create a new application that calls the database application. When you wrote the original database on Debian, you might not have anticipated it would be used on an Ubuntu system. You might not have known that the database would be interacting with other application components. Fortunately, you didn’t have to anticipate the new usage paradigm. Kubernetes and containers isolate your code from the messy details.

Kubernetes spins up and spins down Pods as needed. Each Pod can host its own internal storage (as shown in the diagram above), but that’s not often used. A Pod might get discarded because the load has dropped, or the process crashed, or for other reasons. The Pods (and their enclosed containers and volumes) are ephemeral, meaning that their state is lost when they are destroyed. But most applications are stateful. They couldn’t function in a transitory environment like this. In order to work in a Kubernetes environment, the application must store its state information externally, outside the Pod. A new instance (a new Pod) must fetch the current state from the external storage when it starts up, and update the external storage as it executes.

Kubernetes in Your Environment

While there’s no doubt a learning curve involved (Kubernetes has sometimes been described as “not for normal humans”), container orchestrators like Kubernetes, Cycle.io, and others can greatly simplify the management of your applications. If you use a microservice model, or if you work with similar cloud-based architectures, a container orchestrator can help you prepare for success from day one by setting your application up to scale seamlessly.