Don Honabach has the honor of being the first person to successfully build his own Backblaze Storage Pod. (At least the first we know about.)

With four servers running at home for media storage, Don was using a fair bit of power (and probably generating a lot of heat and noise and taking up space.) For five years he was working to come up with an “extreme media server” and after reading about the Backblaze Storage Pod, he decided this may be the way to go.

Having expertise in the space, Don customized a variety of items in the Pod including:

In just a couple weeks Don had completed his “extreme media server.” Combining all four servers into one, Don is saving 500 watts of power, and can run 16 independent movie streams across two monitors from a single Storage Pod.

Don created a blog that describes his experiences building his “extreme media server.”

Congratulations Don, and good luck watching all those movies at the same time! 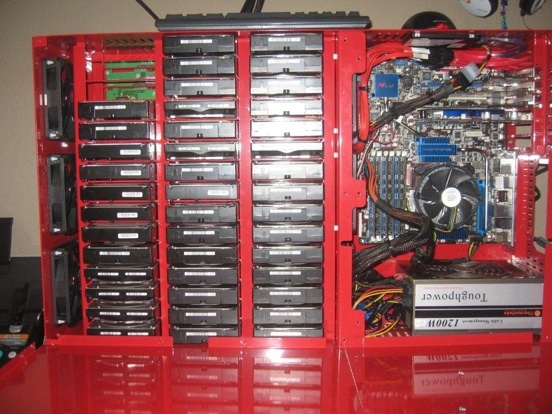