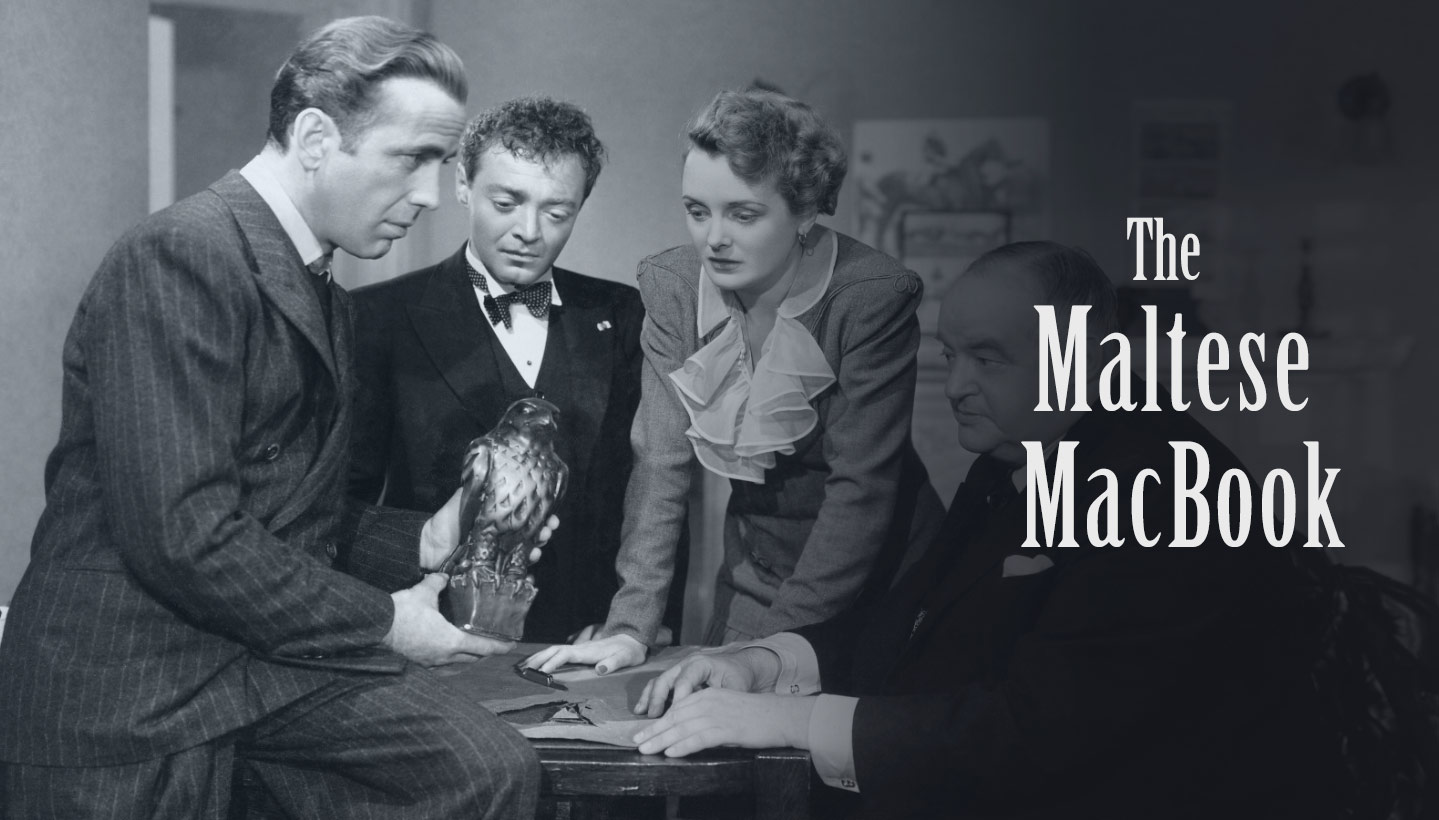 Last year we decided to use Apple’s big fall announcement day to talk about backing up Windows computers. This year we’re continuing the tradition of writing something that runs a bit counter to all the hoopla with a tongue-in-cheek post in the style of hardboiled detective fiction entitled, “The Maltese MacBook,” with apologies to Dashiell Hammett.

It was a Wednesday and it would have been just like any other Wednesday except Apple was making its big fall product announcements. Just my luck, I had to work the San Francisco store, which meant that I was the genius who got to answer all the questions.

I had just finished helping a customer who claimed that Siri was sounding increasingly impatient answering his questions when I looked up and saw her walk in the door.

Her black hair was streaked with amethyst highlights and she was wearing a black leather tutu and polished red kneehigh Victorian boots. Brightly colored tattoos of Asian characters ran up both of her forearms and her neck. She wouldn’t particularly stand out in San Francisco except that her cobalt-blue eyes held me and wouldn’t let me go. She rapidly reduced the distance between the door and where I stood behind the counter at the back of the store.

She plopped a Surface Pro computer on the counter in front of me.

I knew I’d seen her before, but I couldn’t place where.

“That’s a Windows computer,” I said.

She leaned over the counter towards me. Her eyes were even brighter and bluer close up.

“Tell me something I don’t know, genius,” she replied.

Then I remembered where I’d seen her. She was on Press: Here a while back talking about her new startup. She was head of software engineering for a Google spinoff. Angels all over the valley were fighting to throw money at her project. I had been sitting in my boxers eating cold pizza and watching her talk on TV about AI for Blockchain ML. She was way out of my league.

“I was in Valletta on a business trip using my MacBook Pro,” she said. “I was reading Verlaine on the beach when a wave came in and soaked Reggie. ‘Reggie’ is my MacBook Pro. Before I knew it, it was all over.”

Her eyes misted up.

“You know that there isn’t an Apple store in Malta, don’t you?” she said.

“We have a reseller there,” I replied.

“But they aren’t geniuses, are they?” she countered.

“I had no choice but to buy this Surface Pro at a Windows shop on Strait Street to get me through the conference. It’s OK, but it’s not Reggie. I came in today to get everything made right. You can do that for me, can’t you?”

I looked down at the Surface Pro. We weren’t supposed to work on other makes of computers. It was strictly forbidden in the Genius Training Student Workbook. Alarms were going off in my head telling me to be careful:  this dame meant nothing but trouble.

I made the mistake of looking at her and lingering just a little too long. Her eyes were both shy and probing at the same time. I felt myself falling head over heels into their inky-blue depths.

I shook it off and gradually crawled back to consciousness. I told myself that if a customer’s computer needs help, it doesn’t make any difference what you think of the computer, or which brand it is. She’s your customer, and you’re supposed to do something about it. That’s the way it works. Damn the Genius Training Student Workbook.

I asked her whether she had files on the Surface Pro she needed to save. She told me that she used Backblaze Cloud Backup on both the new Surface Pro and her old MacBook Pro. My instincts had been right. This lady was smart.

“That will make it much easier,” I told her. “We’ll just download the backed up files for both your old Macbook Pro and your Surface Pro from Backblaze and put them on a new MacBook Pro. We’ll be done in just a few minutes. You know about Backblaze’s Inherit Backup State, right? It lets you move your account to a new computer, restore all your files from your backups to the computer, and start backing up again without having to upload all your files again to the cloud.”

“What do you think?” she asked.

I assumed she meant that she already knew all about Inherit Backup State, so I went ahead and configured her new computer.

I was right. It took me just a little while to get her new MacBook Pro set up and the backed up files restored from the Backblaze cloud. Before I knew it, I was done.

Saved her life? My head was spinning.

She turned to leave. I wanted to stop her before she left. I wanted to tell her that I was learning Mandarin Chinese and about my ideas for an AI-based intelligent customer support agent. Maybe she’d be impressed. But she was already on her way towards the door.

I thought she was gone forever but she stopped just before the door. She flipped her hair back over her shoulder as she turned to look at me.

“You really are a genius.”

She smiled and walked out of the store and out of my life. My eyes lingered on the swinging door as she crossed the street and disappeared into the anonymous mass of humanity.

Yeah, she’ll be back.

I panicked. Maybe she’ll take the big fall for Windows and I’ll never see her again. What if that happened?

Then I realized I was just being a sap. Snap out of it! I’ll wait for her no matter what happens. She deserves that. 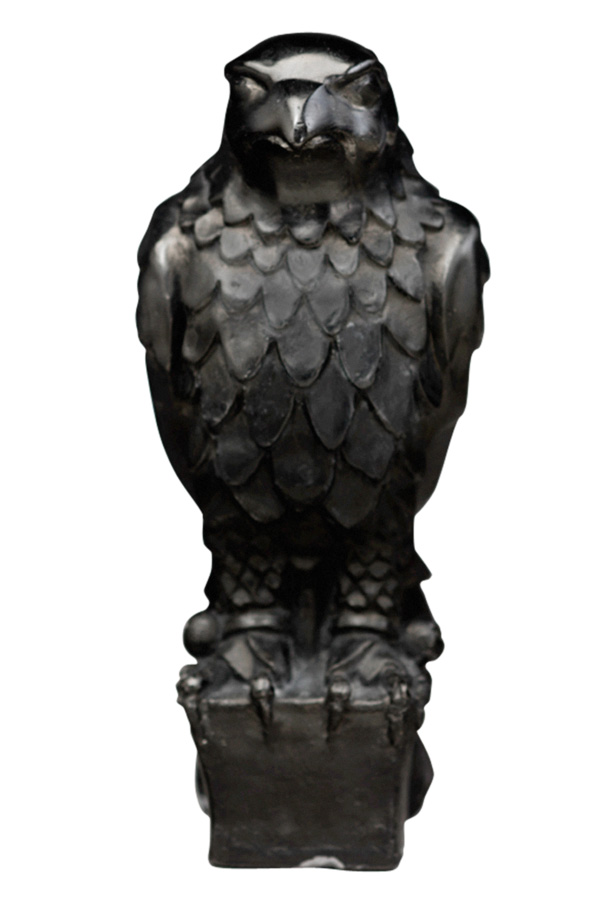