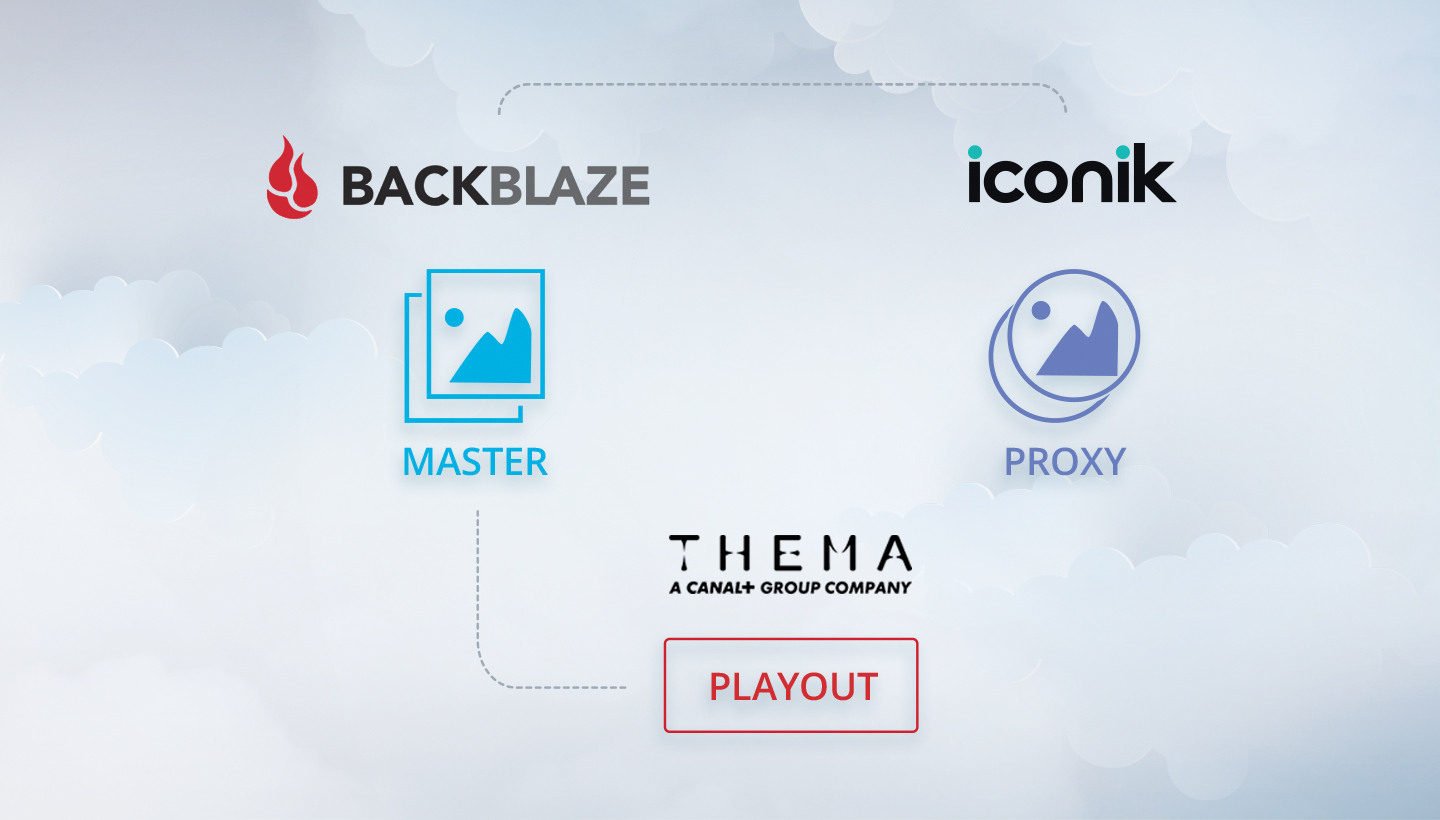 Editor’s Note: As demand for localized entertainment grows rapidly around the globe, the amount of media that production companies handle has skyrocketed at the same time as the production process has become endlessly diverse. In a recent blog post, iconik highlighted one business that uses Backblaze B2 Cloud Storage and the iconik asset management platform together to develop a cloud-based, resource-efficient workflow perfectly suited to their unique needs. Read on for some key learnings from their case study, which we’ve adapted for our blog.

THEMA is a Canal+ Group company that has more than 180 television channels in its portfolio. It helps with the development of these channels and has built strong partnerships with major
pay-TV platforms worldwide.

THEMA started with a focus on ethnic, localized entertainment, and has grown that niche into the foundation of a large, expansive service. Today, THEMA has a presence in nearly every region of the world, where viewers can enjoy programming that celebrates their heritage and offers a taste of home wherever they are.

Cédric Pierre-Louis, Director of Programming for the African Fiction Channels at THEMA, and Gareth Howells, Director of Out Point Media—which was created to assist THEMA quality control and content operations, mainly for its African channels—faced a problem shared by many media organizations: As demand for their content rose, so did the amount of media they were handling. To the extent that their systems were not able to scale with their growth.

Early on, most media asset management solutions that the African Fiction Channels at THEMA considered for dealing with their expanding content needs had a high barrier to entry, requiring large upfront investments. To stay cost-efficient, THEMA used more manual solutions, but this would eventually prove to be an unsustainable path.

As THEMA moved into creating and managing channels, the increase of content and the added complexity of their workflows brought the need for media management front and center. 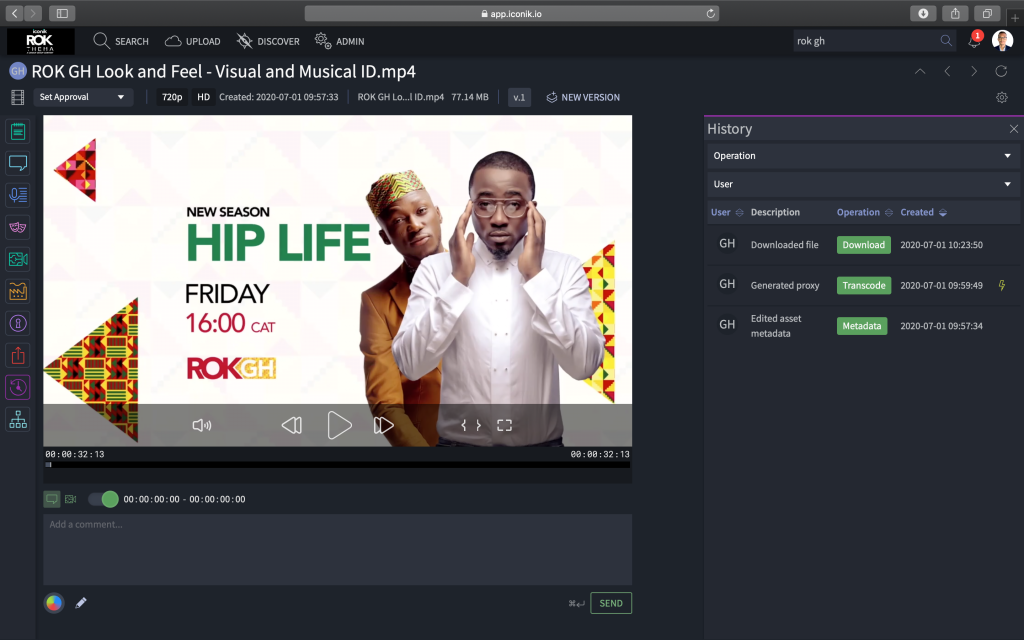 Charting a Course for Better Workflows

When Cédric took on leadership of his department at THEMA, he and Gareth both shared a strong desire to make their workflows more agile and efficient. They began by evaluating solutions using a few key points.

Cloud-Based
To start, THEMA needed a solution that could improve how they work across all their global teams. The operation needed to work from anywhere, supporting team members working in Paris and London, as well as content production teams in Nigeria, Ghana, and Ivory Coast.

Minimal Cloud Resources
There was also a unique challenge to overcome with connectivity and bandwidth restrictions facing the distributed teams. They needed a light solution requiring minimal cloud resources. Teams with limited internet access would also need immediate access to the content when they were online.

Proxy Workflows
They also couldn’t afford to continue working with large files. Previously, teams had to upload hi-res, full master versions of media, which then had to be downloaded by every editor who worked on the project. They needed proxy workflows to allow creation to happen faster with much smaller files.

Adobe Integration
The team needed to be able to find content fast and have the ability to simply drag it into their timelines from a panel within their Adobe programs. This ability to self serve and find media without any bottlenecks would have a great impact on production speed.

Affordable Startup Costs
They also needed to stay within a budget. There could not be any costly installation of new infrastructure.

While Cédric was searching for the right solution, he took a trip to Stockholm, where he met with iconik’s CEO, Parham Azimi. After a short talk and demo, it was clear that iconik satisfied all of the evaluation points they were looking for in one solution. Soon after that meeting, Cédric and Gareth began to implement iconik with the help of IVORY, who represents iconik in France.

A note on storage: As a storage option within iconik, Backblaze B2 offers teams storage that is both oriented to their use case and economically priced. THEMA needed simple, cloud-based storage with a price tag that was both right-sized and predictable, and in selecting Backblaze B2, they got it.

This is how they utilize iconik for their broadcast work:

While all this is happening, the creative teams at THEMA can also access content in iconik to edit promotional media.

Visions to Expand iconik’s Use

With the experience THEMA has had so far, the team is excited to implement iconik for even more of their workflows. In the future, they plan to integrate iconik with their broadcast management system to share metadata and files with their playout system. This would save a lot of time and work, as much of the data in iconik is also relevant for the media playout system. 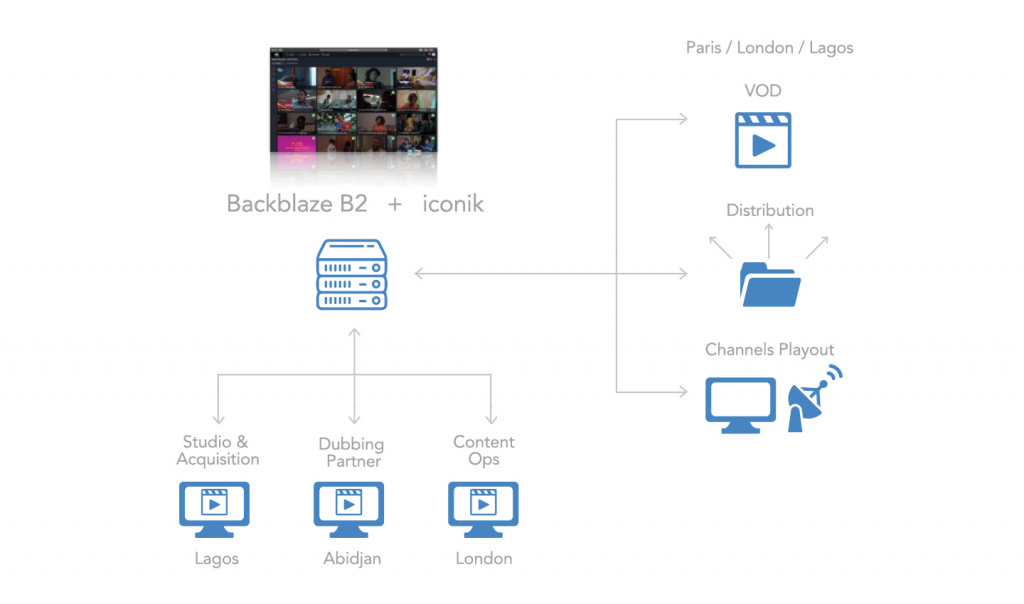 Further into the future, THEMA hopes to achieve a total end to end workflow with iconik. The vision is to use iconik as soon as a movie comes in, so their team can put it through all the steps in a workflow such as quality control, compliance, transcoding, and sending media to third parties for playout or VOD platforms.

For this global team that needed their media managed in a way that would be light and resource efficient, iconik—with the storage provided by Backblaze B2—delivered in a big way.

Looking for a similar solution? Get started with Backblaze B2 and learn more about our integration with iconik today. 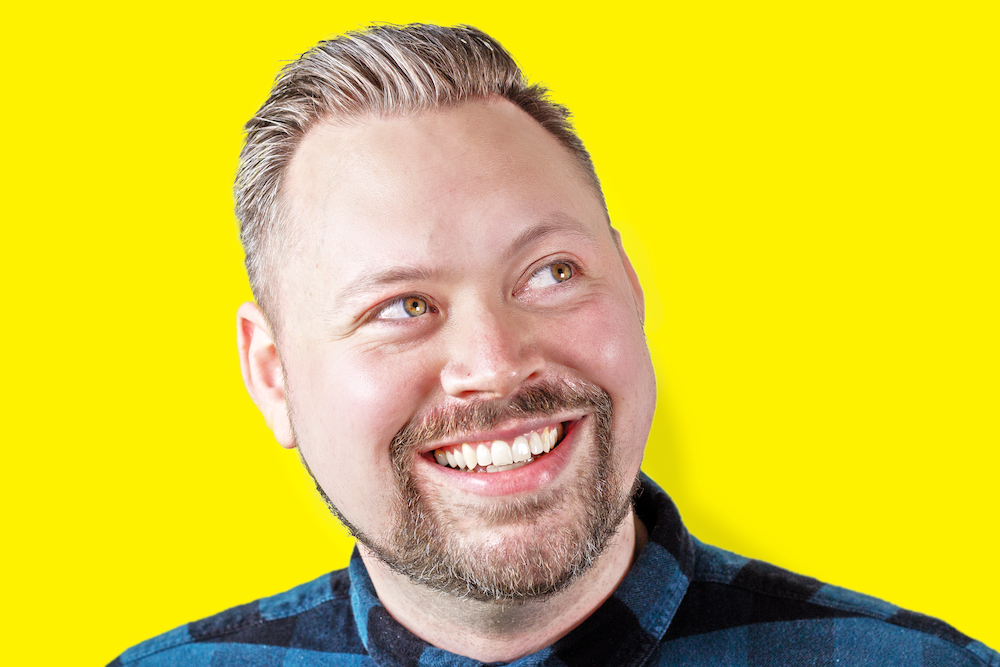 Steve is a digital marketer who finds and presents stories around iconik and its customers. He enjoys the Swedish outdoors with his family and endures the dark, winter months building Gunpla model robots.