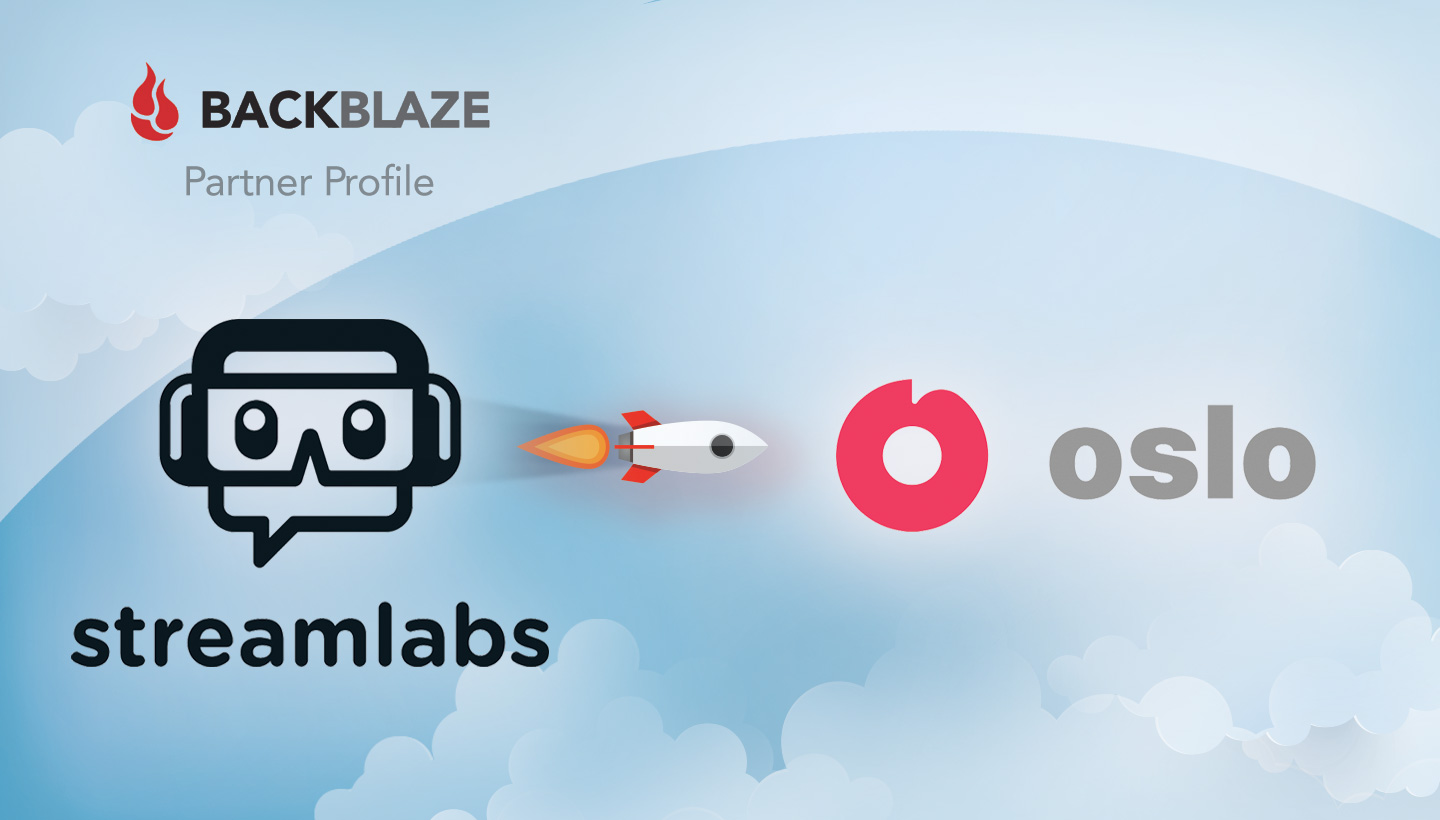 With a mission of empowering creatives, the team at Streamlabs was driven to follow up their success in live streaming by looking beyond the stream—and so, Oslo was born.

Oslo, generally available as of today, is the place where solo YouTubers and small video editing teams can upload, review, collaborate, and share videos. But, the road from Streamlabs to Oslo wasn’t a straight line. The intrepid team from Streamlabs had to muddle through painfully truthful market research, culture shock, an affordability dilemma, and a pandemic to get Oslo into the hands of their customers. Let’s take a look at how they did it.

Market Research and the Road to Oslo

In September 2019, Streamlabs was acquired by Logitech. Yes, that Logitech, the one who makes millions of keyboards and mice, and all kinds of equipment for gamers. That Logitech acquired a streaming company. Bold, different, and yet it made sense to nearly everyone, especially anyone in the video gaming industry. Gamers rely on Logitech for a ton of hardware, and many of them rely on Streamlabs to stream their gameplay on Twitch, YouTube, and Facebook.

About the same time, Ashray Urs, Head of Product at Streamlabs, and his team were in the middle of performing market research and initial design work on their next product: video editing software for the masses. And what they were learning from the market research was disconcerting. While their target audience thought it would be awesome if Streamlabs built a video editor, the market was already full of them and nearly everybody already had one, or two, or even three editing tools on hand. In addition, the list of requirements to build a video editor was daunting, especially for Ashray and his small team of developers.

The future of Oslo was looking bleak when a fork in the road appeared. While video editing wasn’t a real pain point, many solo creators and small video editing teams were challenged and often overwhelmed by a key function in any project: collaboration. Many of these creators spent more time sending emails, uploading and downloading files, keeping track of versions and updates, and managing storage instead of being creative. Existing video collaboration tools were expensive, complex, and really meant for larger teams. Taking all this in, Ashray and his team decided on a different road to Oslo. They would build a highly affordable, yet powerful, video collaboration and sharing service. 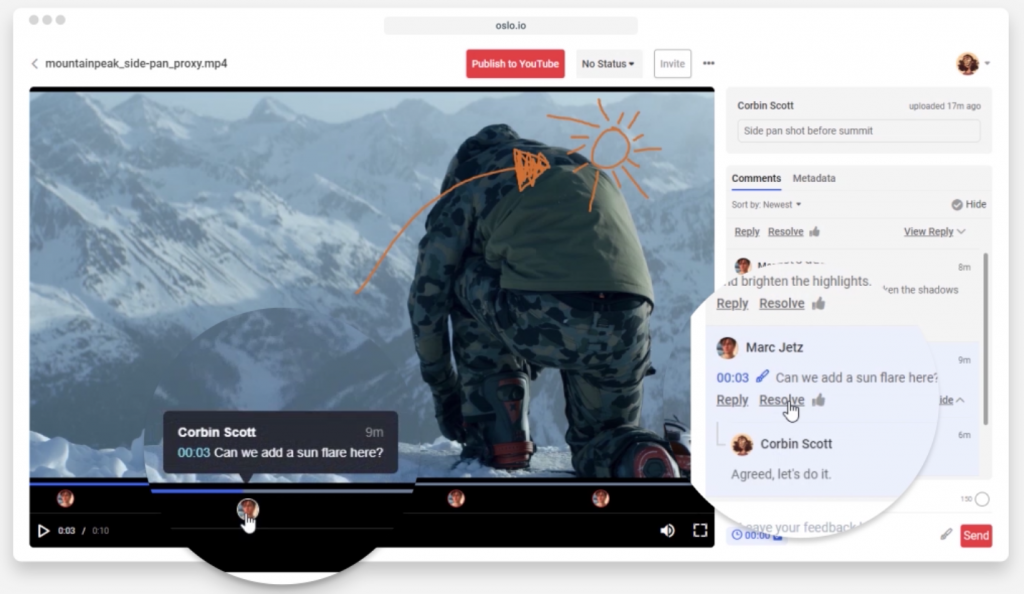 As the Oslo project moved forward, a different challenge emerged for Ashray: communicating their plans and processes for the Oslo service to their hardware oriented parent company, Logitech.

For example, each thought quite differently about the product release process. Oslo, as a SaaS service could, if desired, update their product daily to all their customers, and they could add new features and new upsells in weeks or maybe months. Logitech’s production process, on the other hand, was oriented toward having everything ready so they could make a million units of a keyboard. With the added challenge of not having an “update now” button on those keyboards.

Logitech was not ignorant of software, having created and shipped device drivers, software tools, and other utilities. But to them, the Oslo release process felt like a product launch on steroids. This is the part in the story where the bigger company tells the little company they have to do things “our” way. And it would have been stereotypically “corporate” for Logitech to say no to Oslo, then bury it in the backyard and move on. Instead, they gave the project the green light and fully supported Ashray and his team as they moved forward. 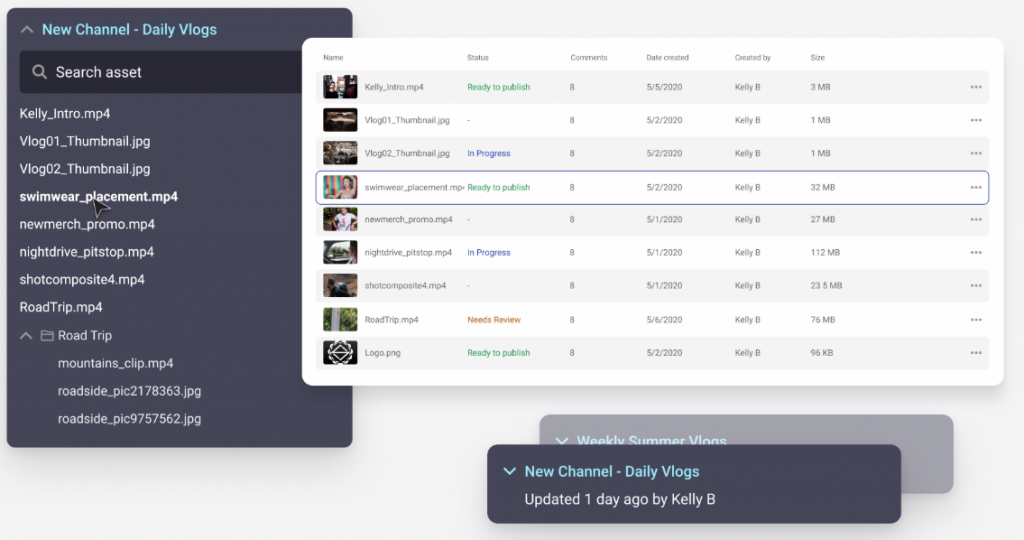 As the feature requirements around Oslo began to coalesce, attention turned to how Oslo would deliver on the goal to provide them at an affordable price. After all, solo YouTubers and small video teams were not known to have piles of money to spend on tools. The question became moot when they chose Backblaze B2 Cloud Storage as their storage vendor.

To start, Backblaze enabled Oslo to meet the pricing targets they had determined were optimal for their market. Choosing any of the other leading cloud storage vendors would have doubled or even tripled the subscription price of Oslo. That would have made Oslo a non-starter for much of its target audience.

On the cost side, many of the other cloud storage providers have complex or hidden terms, like charging for files you delete if you don’t keep them around long enough—30 day minimum for some vendors, 90 day minimum for others. Ashray had no desire to explain to customers that they had to pay extra for deleted files, nor did he want to explain to his boss why 20% of the cloud storage costs for the Oslo service were for deleted files. With Backblaze he didn’t have to do either, as each day Oslo’s data storage charges are based on the files they currently have stored, and not for files they deleted 30, 60, or even 89 days ago.

On the features side, the Backblaze B2 Native APIs enabled Oslo to implement their special upload links feature which allows collaborators to add files directly into a specific project. As the project editor, this feature allows you to send upload links to collaborators that they can use to upload files. The links can be time-based—e.g. good for 24 hours—and password protected, if desired.

New Product Development in a Pandemic

About the time the Oslo team was ready to start development, they were sent home as their office closed due to the Covid-19 pandemic. The whiteboards full of flow charts, UI diagrams, potential issues, and more essential information were locked away. Ad hoc discussions and decisions from hallway encounters, lunchroom conversations, and cups of tea with colleagues stopped.

The first few days were eerie and uncertain, but like many other technology companies they began to get used to their new work environment. Yes, they had the advantage of being technologically capable as meeting apps, collaboration services, and messaging systems were well within their grasp, but they were still human. While it took some time to get into the work from home groove, they were able to develop, QA, run a beta program, and deliver Oslo, without a single person stepping back in the office. Impressive.

Every project, software, hardware, whatever, has some twists and turns as you go through the process. Oslo could have been just another video editing service, could have cost three times as much, or could have been one more cancelled project due to Covid-19. Instead, the Oslo team delivered YouTubers and the like an affordable video collaboration and sharing service with lots of cool features aimed at having them spend less time being project managers and more time being creators.

Nice job, we’re glad Backblaze could help. You can get the full scoop about Oslo at oslo.io.