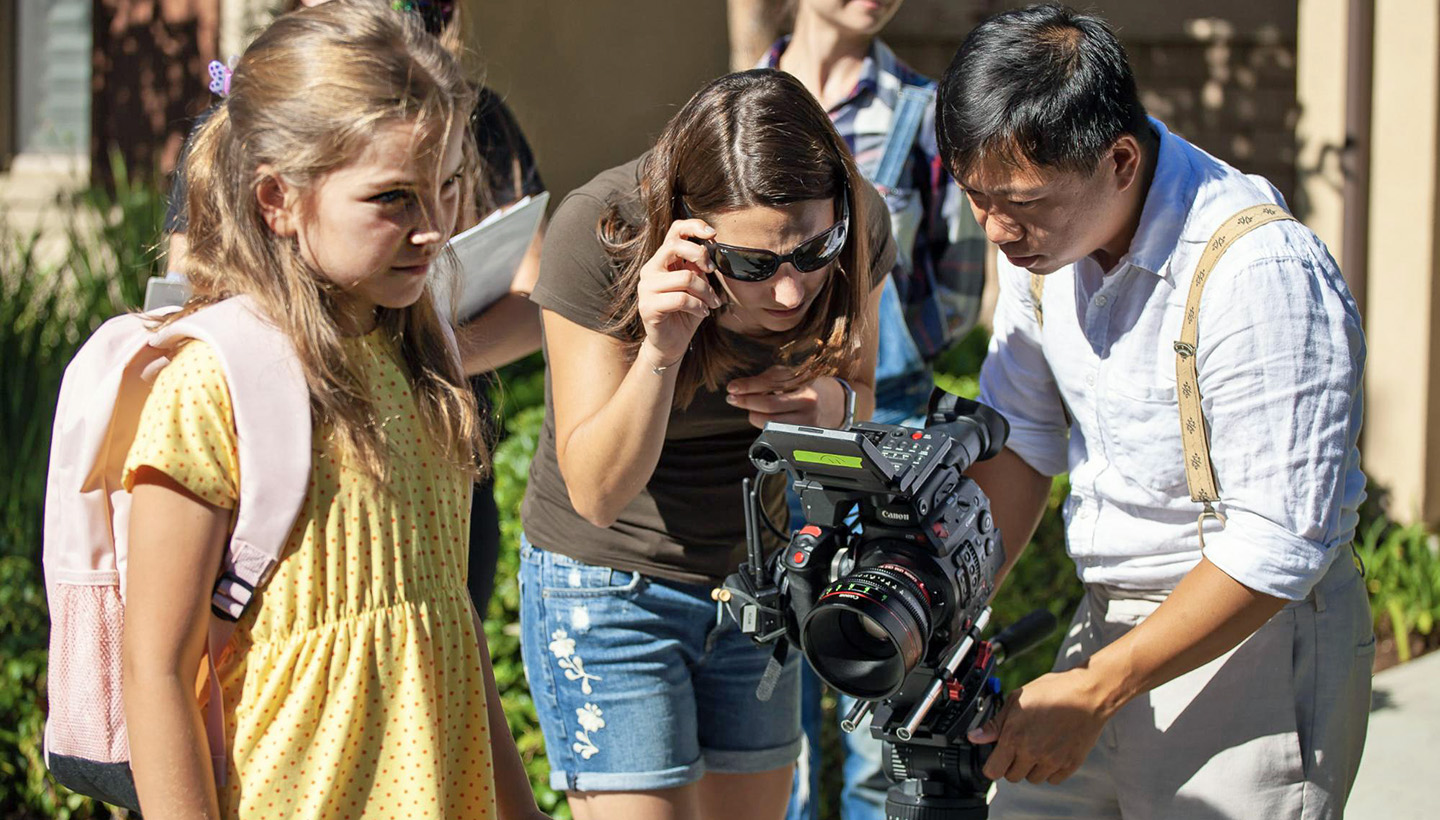 I first met Laura D’Antoni when we were shooting B2 Cloud Storage customer videos for Youngevity and Austin City Limits. I enjoyed talking about her filmmaking background and was fascinated by her journey as a director, editor, and all around filmmaker. When she came to the Backblaze office to shoot our Who We Are and What We Do video, I floated the idea of doing an interview with her to highlight her journey and educate our blog readers who may be starting out or are already established in the filmmaking world. We’ve finally gotten around to doing the interview, and I hope you enjoy the Q&A with Laura below!

Q: How did you get involved in visual storytelling?
My interest in directing films began when I was 10 years old. Back then I used my father’s Hi8 camera to make short films in my backyard using my friends as actors. My passion for filmmaking continued through my teens and I ended up studying film and television at New York University.

Q: Do you have a specialty or favorite subject area for your films?
I’ve always been drawn to dramatic films, especially those based on real life events. My latest short is a glimpse into a difficult time in my childhood, told in reverse Memento-style from a little girl’s perspective.

Most of my filmmaking career I actually spent in the documentary world. I’ve directed a few feature documentaries about social justice and many more short docs for non-profit organizations like the SPCA.

Q: Who are you visual storyteller inspirations? What motivates you to tell your stories?
The film that inspired me the most when I was just starting out was The Godfather: Part II. The visuals and the performances are incredible, and probably my father being from Sicily really drew me in (the culture, not the Mafia, ha!). Lately I’ve been fascinated by the look of The Handmaid’s Tale, and tried to create a similar feel for my film on a much, much tinier budget.
As far as what motivates me, it’s the love for directing. Collaborating with a team to make your vision on paper a reality is an incredible feeling. It’s a ton of work that involves a lot of blood, sweat, and tears, but in the end you’ve made a movie! And that’s pretty cool.

Q: What kind of equipment do you take on shoots? Favorite camera, favorite lens?
For shoots I bring lights, cameras, tripods, a slider and my gimbal. I use my Panasonic EVA-1 as my main camera and also just purchased the Panasonic GH5 as B-cam to match. Most of my lenses are Canon photo lenses; the L-glass is fantastic quality and I like the look of them. My favorite lens is the Canon 70-200mm f2.8.

Q: How much data per day does a typical shoot create?
If I’m shooting in 4K, around 150GB.

Q: How do you back up your daily shoots? Copy to a disk? Bunch of disks?
I bring a portable hard drive and transfer all of the footage from the cards to that drive.

Q: Tell us a bit about your workflow from shooting to editing.
Generally, if the whole project fits onto a drive, I’ll use that drive to transfer the footage and then edit from it as well. If I’ve shot in 4K then the first step before editing is creating proxies in Adobe Premiere Pro of all of the video files so it’s not so taxing on my computer. Once that’s done I can start the edit!

Q: How do you maintain your data?
If it’s a personal project, I have two copies of everything on separate hard drives. For clients, they usually have a backup of the footage on a drive at their office. The data doesn’t really get maintained, it just stays on the drive and may or may not get used again.

Q: What are some best practices for keeping track of all your videos and assets?
I think having a Google Docs spreadsheet and numbering your drives is helpful so you know what footage/project is where.

Q: How has having a good backup and archive strategy helped in your filmmaking?
Well, I learned the hard way to always back up your footage. Years ago while editing a feature doc, I had an unfortunate incident with PluralEyes software and it ate the audio of one of my interview subjects. We ended up having to use the bad camera audio and nobody was happy. Now I know. I think the best possible strategy really is to have it backed up in the cloud. Hard drives fail, and if you didn’t back that drive up, you’re in trouble. I learned about a great cloud storage solution called Backblaze when I created a few videos for them. For the price it’s absolutely the best option and I plan on dusting off my ancient drives and getting them into the cloud, where they can rest safely until someday someone wants to watch a few of my very first black and white films!

Q: What advice do you have for filmmakers and videographers just starting out?
Know what you want to specialize in early on so you can focus on just that instead of many different specialties, and then market yourself as just that.

It also seems that the easiest way into the film world (unless you’re related to Steven Spielberg or any other famous person in Hollywood) is to start from the bottom and work your way up.

Also, remember to always be nice to the people you work with, because in this industry that PA you worked with might be a big time producer before you know it.

Q: What might our readers find surprising about challenges you face in your work?
In terms of my directing career, the most challenging thing is to simply be seen. There is so much competition, even among women directors, and getting your film in front of the right person that could bring your career to the next level is nearly impossible. Hollywood is all about who you know, not what you know, unfortunately. So I just keep on making my films and refuse to give up on my dream of winning an Academy Award for best director!

Q: How has your workflow changed since you started working with video?
I only worked with film during my college years. It definitely teaches you to take your time and set up that shot perfectly before you hit record, or triple check where you’re going to cut your film before it ends up on the floor and you have to crawl around and find it to splice it back in. Nowadays that’s all gone. A simple command- z shortcut and you can go back several edits on your timeline, or you can record countless hours on your video camera because you don’t have to pay to have it developed. My workflow is much easier, but I definitely miss the look of film.

Q: Where can we see your work?
The trailer for my latest film Cycle can be viewed here: https://vimeo.com/335909934
And my website is www.leprika.com.