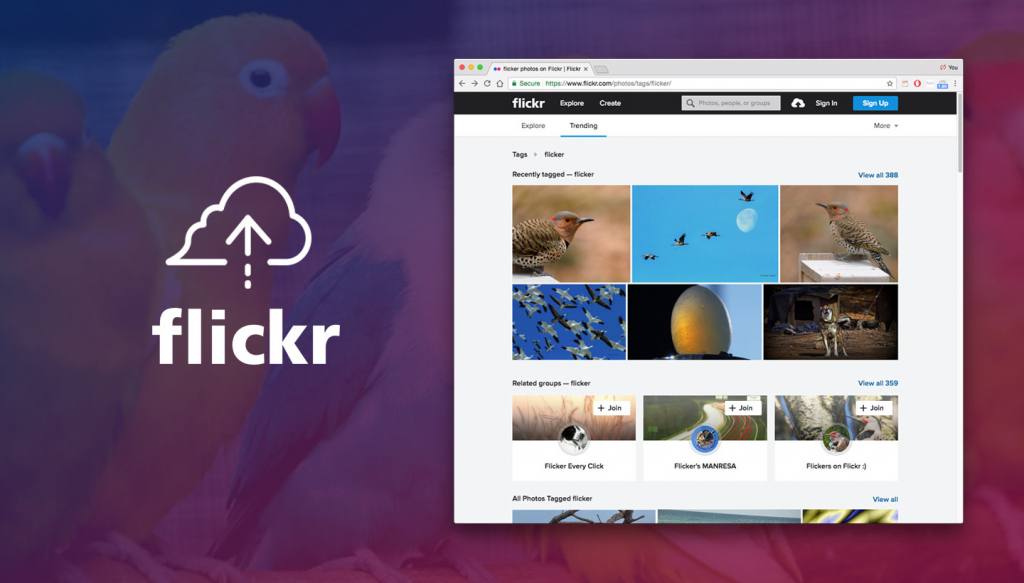 UPDATE May 17, 2018:  On April 20, Flickr announced that is being acquired by the image hosting and sharing service SmugMug. At that time, Flickr users were told that they have until May 25, 2018, to either accept the new terms of service from SmugMug or download their photo files from Flickr and close their accounts. Here is an excerpt from the email that was sent to Flickr users:

We wanted to let our readers know of this change, and also help them download their photos if they wish to do so. To that end, we’ve updated a post we published a little over a year ago with instructions on how to download your photos from Flickr. It’s a good idea to have a backup of your photos on Flickr whether or not you plan to continue with the service.

Flickr is a popular photo blogging service used by pro and amateur photographers alike. Flickr helps you archive your photos in the cloud and share them publicly with others. What happens when Flickr is the only place you can find your photos, though?

I hadn’t thought that much of that contingency. I’ve been a Flickr user since the pre-Yahoo days — 2004. I recently took stock of all the photos I’d uploaded to Flickr and realized something unsettling: I didn’t have some of these images on my Mac. It’s been 13 years and probably half a dozen computers since then, so I wasn’t surprised that some photos had fallen through the cracks.

I decided to be better safe than sorry. I set out to backup my entire Flickr library to make sure I had everything. And I’m here to pass along what I learned.

You can download photos directly from Flickr using their Camera Roll view, which organizes all your photos by the date they were taken. This is Flickr’s file-management interface, letting you select photos for whichever use you wish. Once you’ve selected the photos you want using the check boxes, Flickr will create a ZIP file that you can download. You are limited to 500 photos at a time, so this could take a number of repetitions if you have a lot of photos. 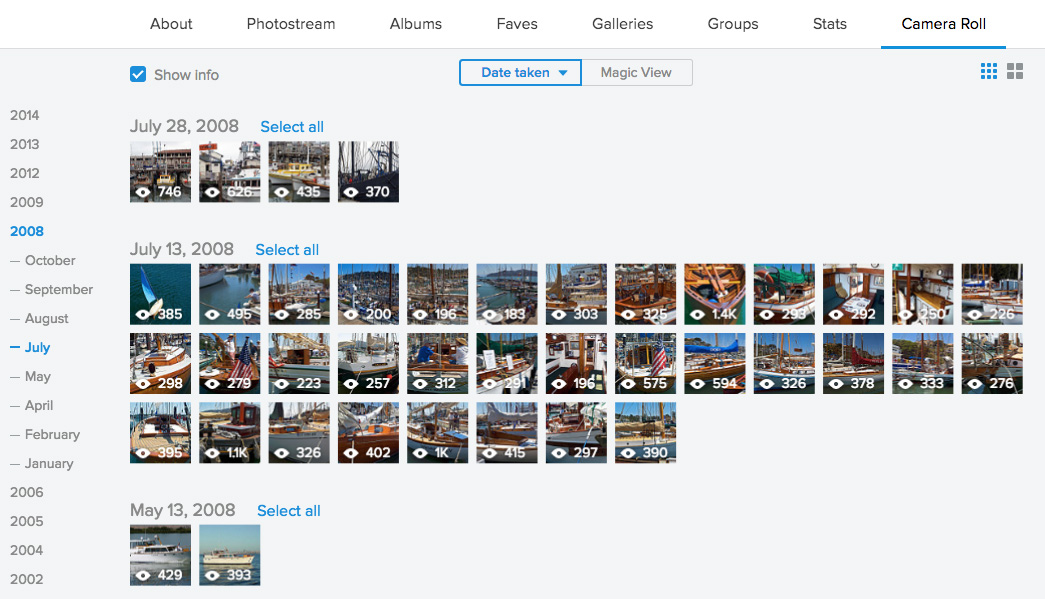 The download UI once you’ve met your photo selections:

You also can download Flickr Albums. Like the limit for the camera roll, you are limited to the number of photos you can download. In the case of albums, the limit is 5,000 files from albums at a time. 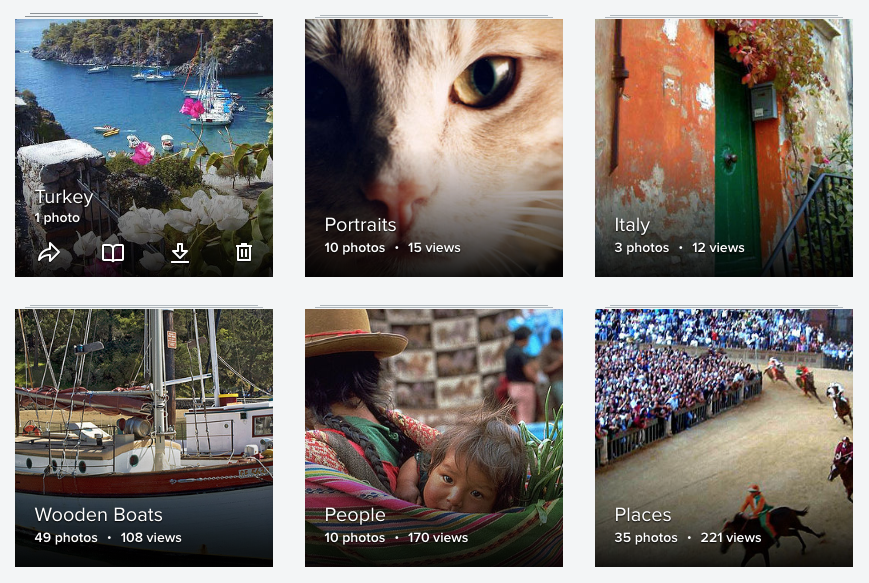 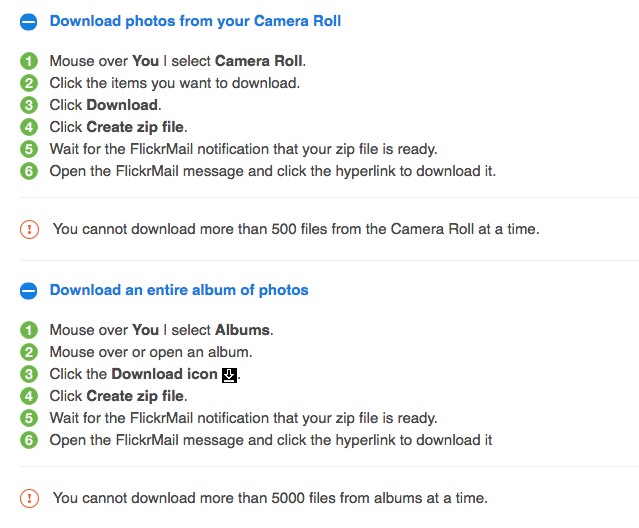 Some third-party app makers have tapped into Flickr’s API to create various import and export services and apps.

Bulkr is one such app. The app, free to download, lets you download images from your Flickr library with the touch of a button. It’s dependent on Adobe Flash and requires Adobe AIR. Some features are unavailable unless you pay for the “Pro” version ($29). 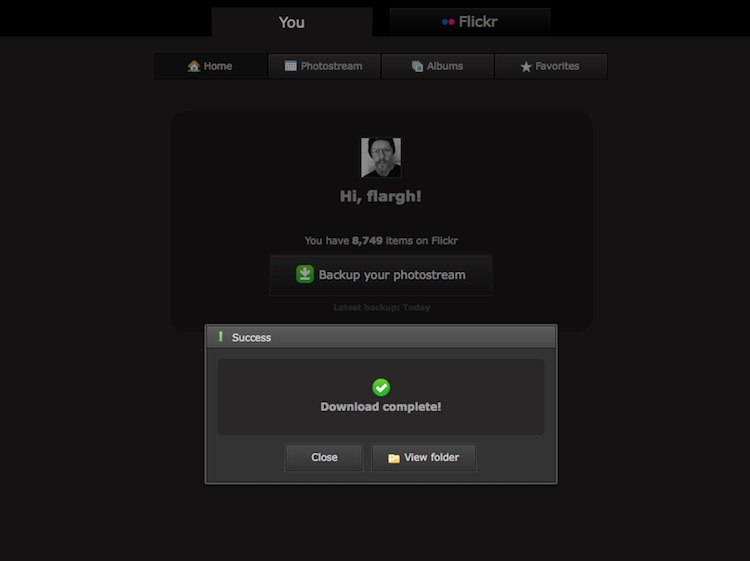 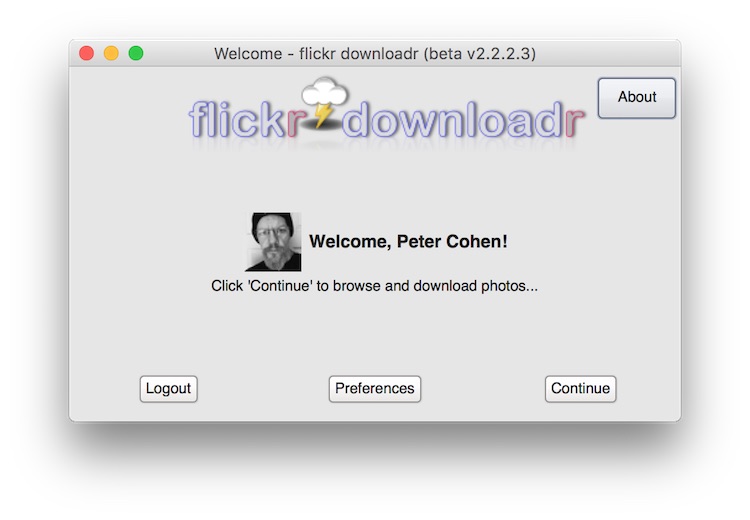 I’ve tried them both on my library of over 8,000 images. In either case, I just set up the apps and let them run — they took a while, a couple of hours to grab everything. So if you’re working with a large archive of Flickr images, I’d recommend setting aside some time when you can leave your computer running.

You’ve downloaded the images to your local hard drive. What next? Catalog what you have. Both Macs and PCs include such software. The apps for each platform are both called “Photos.” They have the benefit of being free, built-in, and well-supported using existing tools and workflows.

If the Photos apps included with your computer don’t suit you, there are other commercial app options. Adobe Photoshop Lightroom is one of the more popular options that work with both Macs and Windows PCs. It’s included with Adobe’s $9.99 per month Creative Cloud Photography subscription (bundled with Photoshop), or you can buy it separately for $149.

Now that you’ve downloaded all of your Flickr images, make sure they’re safe by backing them up. Back them up locally using Time Machine (on the Mac), Windows Backup or whatever means you prefer.

Even though you’ve gotten the images from the cloud by downloading them from Flickr, it’d be a good idea to store a backup copy offsite just in case. That’s keeping with the guidelines of the 3-2-1 Backup Strategy — a solid way to make sure that nothing bad can happen to your data.

Backblaze Backup and B2 Cloud Storage are both great options, of course, for backing up and archiving your media, but the main thing is to make sure your photos are safe and sound. If anything happens to your computer or your local backup, you’ll still have a copy of those precious memories stored securely.

Need more tips on how to back up your computer? Check out our Computer Backup Guide for more details.

Infrastructure Systems Administrator — Tim
Next Post: The Practical Effects of GDPR at Backblaze