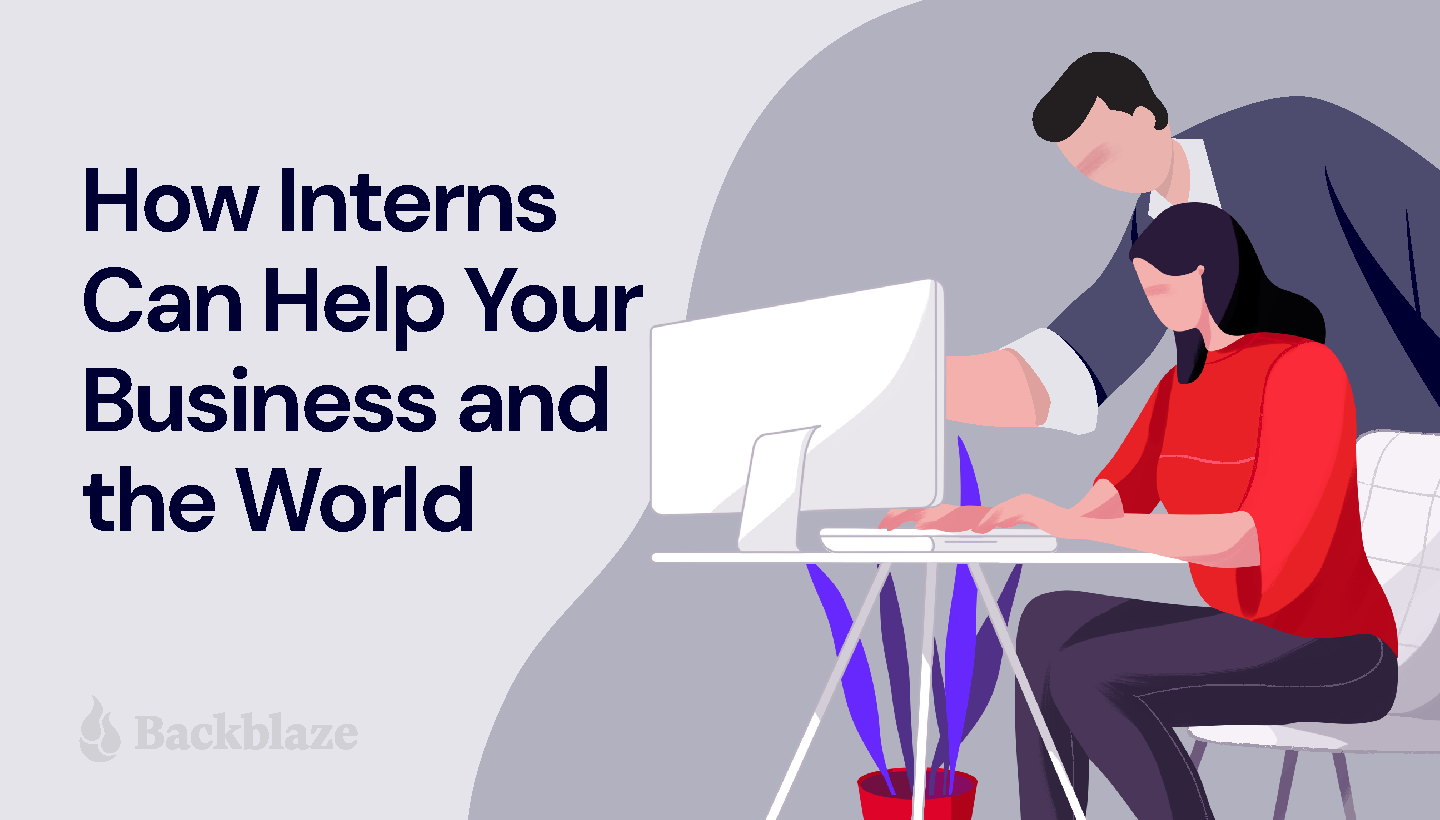 My name is Jason Knight and I lead the Growth team here at Backblaze. There are certain annual events you experience working in tech: fiscal year budgeting, conferences, and when HR asks if you want summer interns, and you say “No.”

2020 was a different year, and as everyone knows, a lot of the difference wasn’t good. So when HR and the Diversity, Equity, and Inclusion Committee reached out asking who would take interns over the summer of 2021, the stakes seemed higher. Backblaze is the most diverse company I’ve ever worked for. For me, especially in the broader context of what is happening in society today, the importance of helping to create a more inclusive and diverse workplace felt more vital than ever.

And yet, when HR came knocking, it was hard to see how having interns was going to be additive to the team. I was the only member of a new team (Growth) being spun up within the Marketing department. We had ambitious goals, and a lot to do to achieve them. I was skeptical that taking on interns would be constructive for driving results.

I was also hearing from some of my peers that they didn’t believe having interns would or could be beneficial to the company. They had come to the same conclusion I had year after year, and that was the problem. We were the problem—the company was willing to provide the resources, but a bottom line mentality was preventing us from risking our short-term success.

The choice seemed to be whether or not to risk personal and team success for the opportunity to help young people gain access to exciting and potentially lucrative careers. I wish I could say the answer was clear, but it wasn’t. My peers and I were all considering this same question, and our collective response was going to have a meaningful impact on the nature of the society we live in.

Building Internships That Work…for Everyone

After a lot of thought, I acknowledged that the primary reason I didn’t want interns was my assumption that they couldn’t create value. But as any good marketer knows, assumptions and received wisdom are often wrong. I didn’t have any real evidence on hand that interns didn’t create value. It made me wonder: What if the real opportunity was to challenge received wisdom and create a compelling argument for my peers within and outside of Backblaze to take the risk and provide a bigger on-ramp for interns across the industry?

I took a step back and organized my thoughts: What do we really want in an internship program right now? 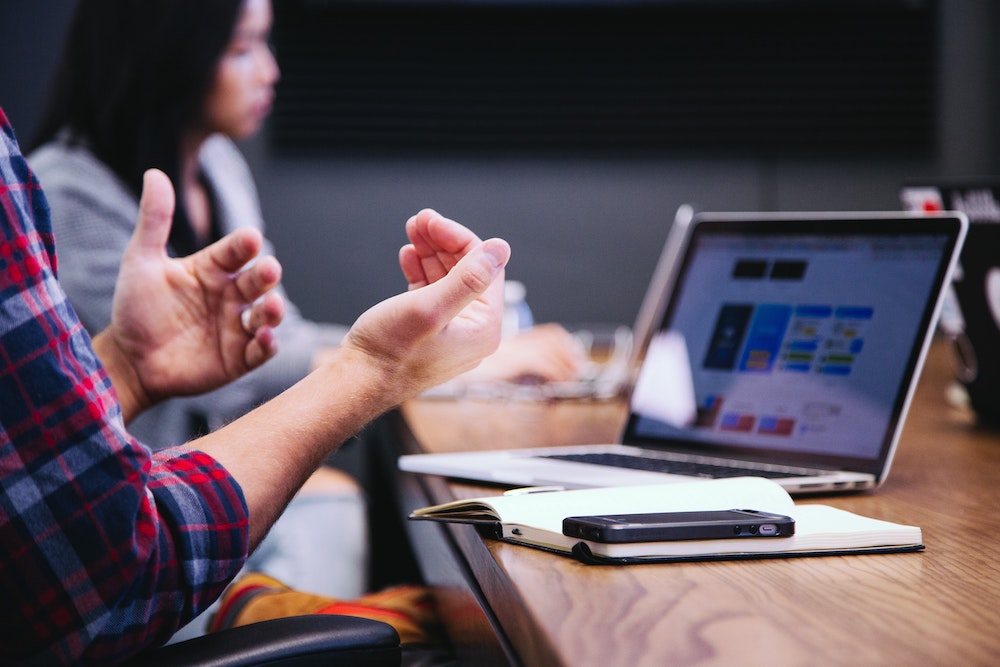 This was an intriguing proposition, so I started to think about the internships from a “Growth” perspective. I sketched out an approach:

I told HR we’d take three interns. Three because for some reason, three people can generally help each other out better than one or two. I also thought the success of a program was a lot of weight to put on one intern.

It was still the middle of the winter, and we weren’t expecting the interns to join us until summertime. So I went back to work and hoped that in six months we would be in position to deliver a useful program that would improve both our bottom line and people’s lives. Which—if you know Backblaze—is right in line with our company values.

And suddenly, the interns’ arrival was just a month away. As I considered how to achieve my goal of a growth-positive internship, I tried to zero in on the clearest way to link their effort to value. For my team, the most attributable ROI is closest to the transaction, so I decided to start with the fantastic Sales Development Representative (SDR) team led by SDR Manager, Adam.

My thought was for the interns to spend a full six weeks working as full-time SDRs. Then maybe three weeks on, they could work on paid user acquisition putting a campaign together, and then three weeks on SEO launching a campaign. I talked to Anna, Senior Manager of Data and Analytics, about helping the interns quantify the value they were creating for their resumes, and she enthusiastically agreed to pitch in. In my mind, I could see the bullet points and action verbs filling up their incipient resumes.

This was the plan. No ramp up, straight into the deep end of the pool. Everyone was fully on board. It was time to interview some candidates.

Adam joined me, and we very quickly identified that interns fell on a spectrum with two ends:

Given that the whole point of our program was to help students access opportunities that otherwise would not be available to them, I made the choice to rule out candidates who already had experience or access to our field. My fantastic HR partner, our Marketing and Sales Recruiter, Desiree, explained that this was a fairly typical experience sourcing candidates. On the HR team, they have long been focused on expanding DEI efforts in our internship program, so they have plenty of experience encouraging hiring managers to look past the brand halo elite colleges confer to applicants.

As Adam, Desiree, and I synchronized our efforts and filters, we eventually identified three people we wanted to work with: Roland, Javier, and Katie. Offers were extended, start dates and pay agreed to, and they were on their way (virtually, for all the obvious reasons). 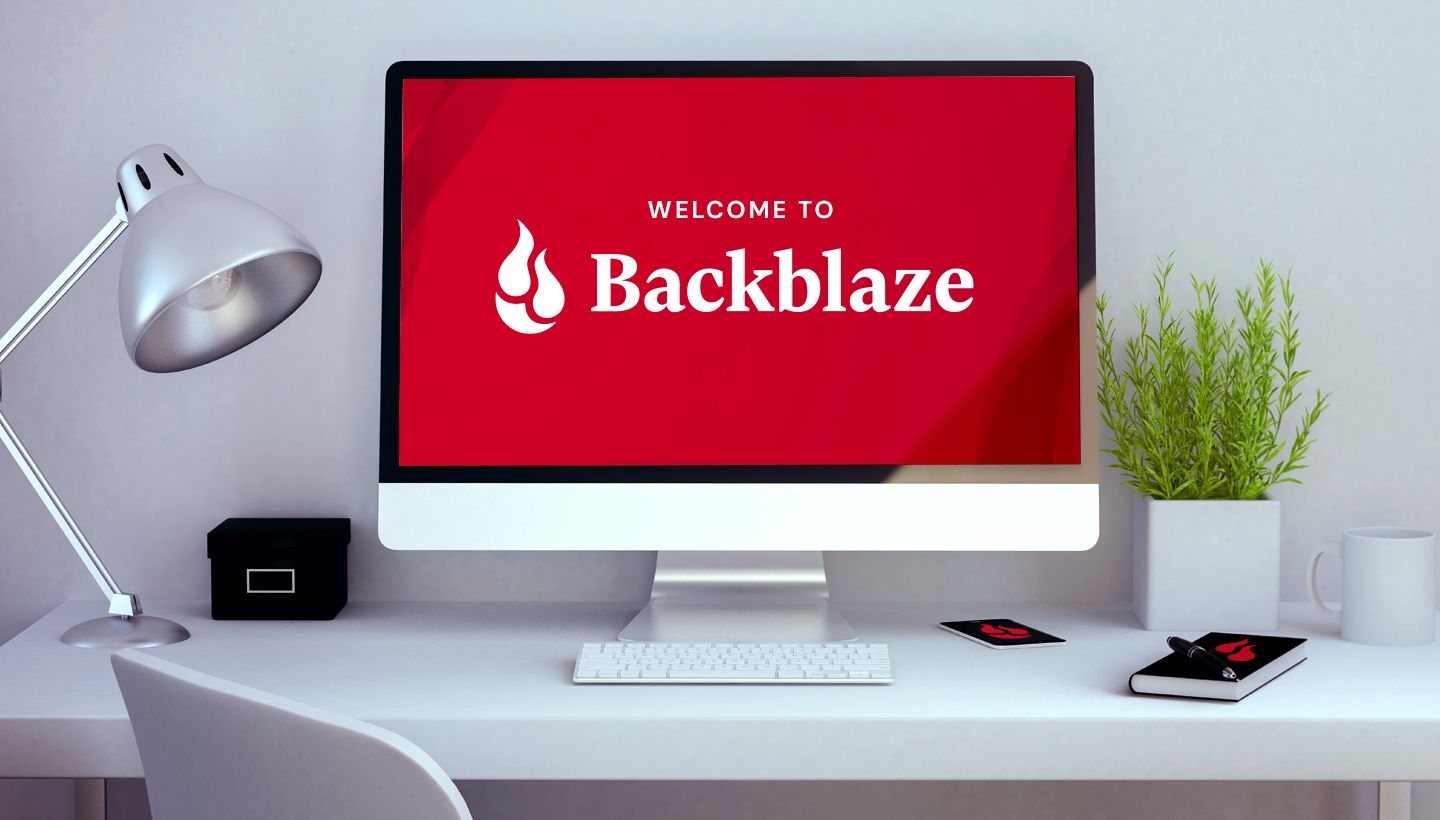 The interns understood that success for them was converting our leads into sales accepted leads (SALs). To do this, they used our Growth stack: ZoomInfo, Outreach, Salesforce, Calendly, and Slack. They learned from expert SDRs what it means to be creative, work with fortitude in a rejection-based environment, and to find a way to succeed.

It took about a month before the first SALs started rolling in, but it happened, and then it happened again, and again, and again. Six weeks into their work and the program was clearly a success in every dimension we could wish. They fit into the team, they helped us achieve our SAL goals, and the whole of the Growth team enjoyed sharing their knowledge and skills with our interns.

It is probably worth taking a moment to contextualize the historical moment they were working with us: The Delta variant was spreading throughout the U.S. and political and social divisions were on the nightly news. The ambient stress level, in other words, was high for everyone. Add to that the fact that we were a new team with big goals and high expectations. All this to say: The interns could easily have been perceived as an unnecessary distraction.

But it turned out the opposite was true: In the midst of stress and ambiguity, the ability to share and help others bonded our team. Our Slack channel was 💥 filled with jokes, encouragement, and laughter. The interns were a ray of sunshine for the team, and I will never forget how relieved I was halfway through the internship that we had made this commitment. 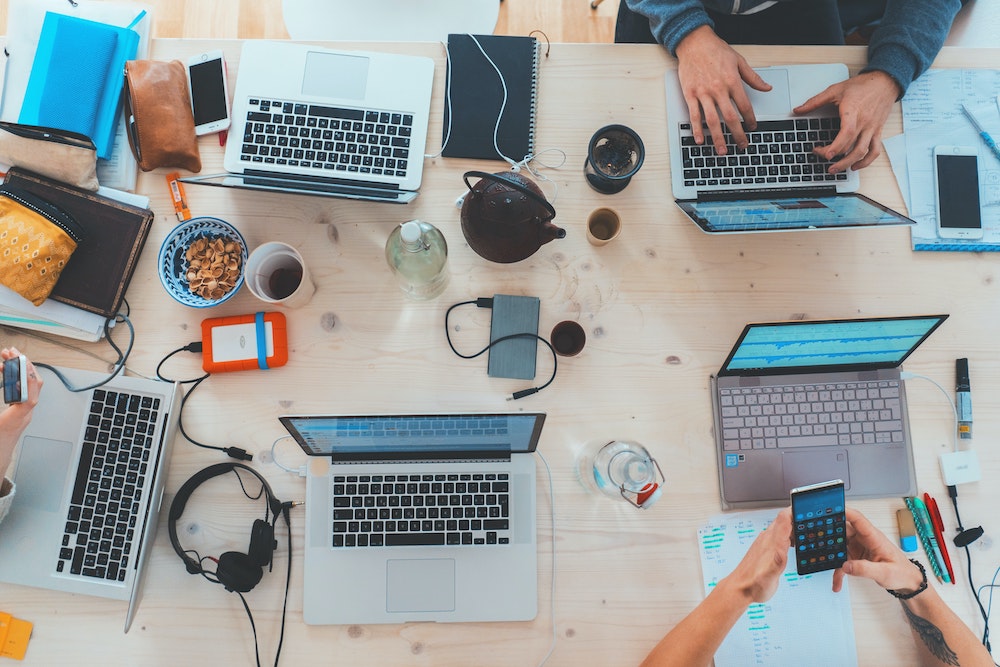 Where the Rubber Hit the Road With the Intern Team

As we reached the halfway point, I asked the interns to think about whether they wanted to continue to work as SDRs or if they were interested in exploring what the other team members were doing: paid user acquisition, customer journey marketing, and SEO. All three requested to continue to work as SDRs, and while it was a surprise on some levels, it also made sense: The interns were doing critical work, learning skills, having success, and clearly making a difference.

Ultimately, they worked as SDRs for the whole of their internship. We will have to wait and see how much of their pipeline ends up being closed with wins, but they generated enough leads that it is hard to imagine they didn’t pay for all the internships the company provided. In other words, the program exceeded our wildest expectations, and I’m happy to report back that internships, if structured properly, can in fact add enormous value to the companies that provide them.

Looking Forward, and Thanks

I’m already looking forward to meeting next year’s interns. As a team, we will do our very best to show them why we love marketing at Backblaze.

I’d like to end by thanking Roland, Javier, and Katie for spending their summer with us. We are incredibly proud of the SALs our colleagues generated, and happy to call them friends. I remember when I was interviewing Javier and I asked him why he wanted to work at a cloud storage company, and he said “I worked at a deli near the Salesforce headquarters, and every day, all the employees would come to order food, and I couldn’t imagine what they did for the company. This is my chance to find out what it is to work in a company like that.” Now Javier knows not only what they do, but that he can succeed at doing it as well. 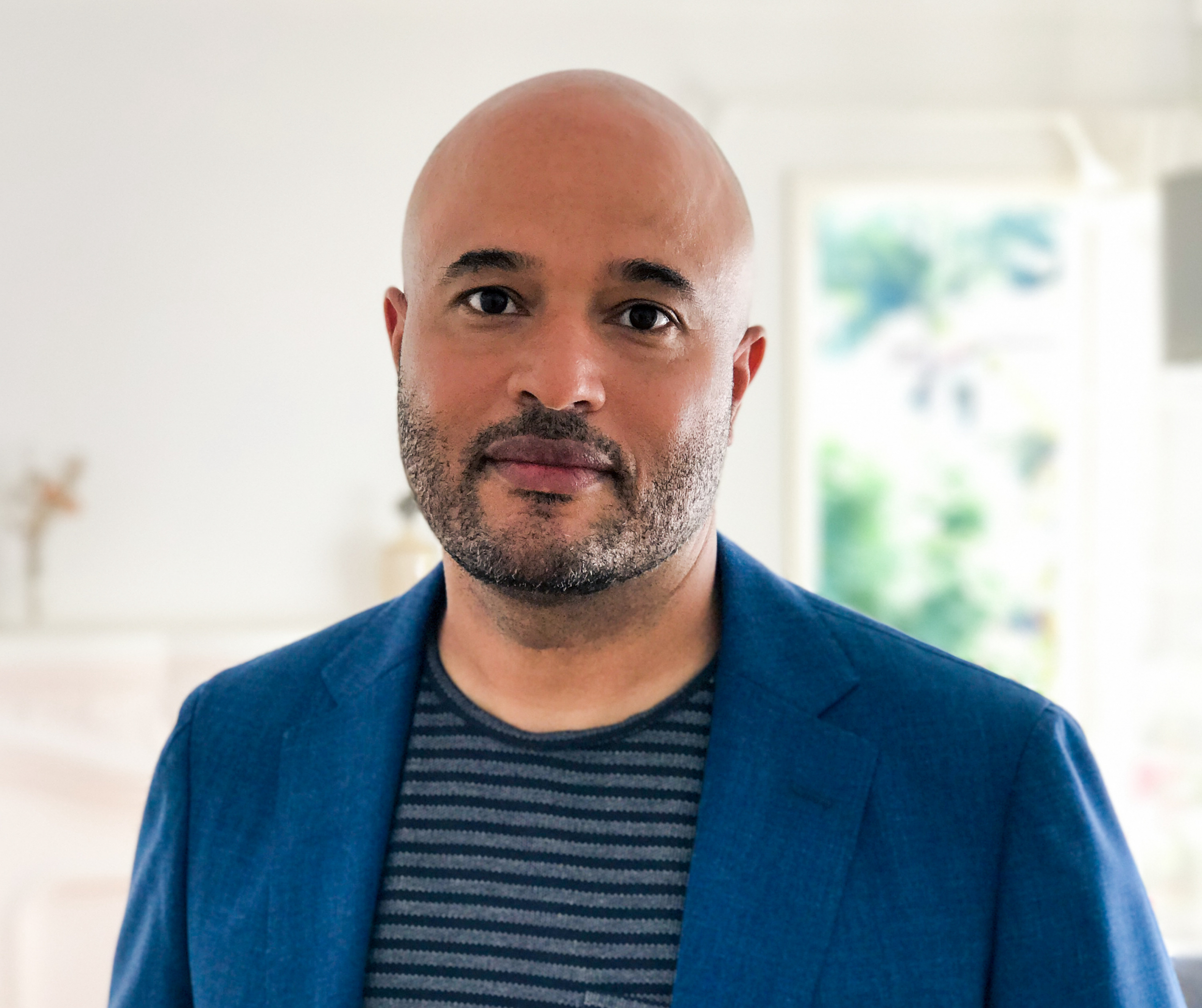 Jason Knight leads the Growth team at Backblaze. He has held senior roles at Ogilvy, Ad Hoc Labs, Asurion, and Wesabe. In his free time, he enjoys coaching soccer and cooking.

Testing Your Ransomware Readiness
Next Post: The Case for Backup Over Sync