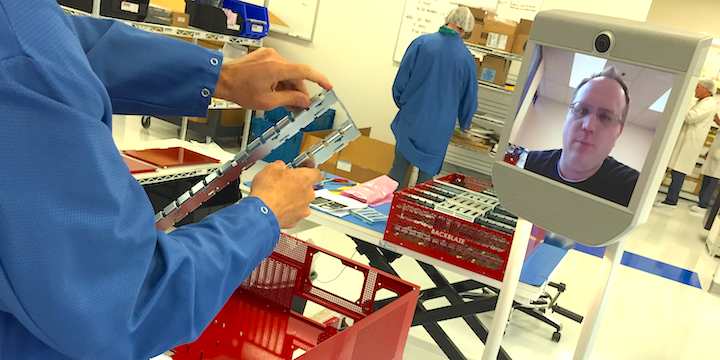 Tim holds up a drive beam and shows the design to Matt, who is attending the meeting courtesy of a telepresence robot. They are discussing the results of a prototype Storage Pod developed using Agile development methodology applied to hardware design. The Storage Pod they are discussing was the result of the fifth sprint (iteration) of prototyping. Based on the evaluation by the Scrum (project) team, the prototype Pod is either sent to the data center for more testing and hopefully deployment, or it is decided that more work is required and the Pod is salvaged for usable parts. Learning from failure, as well as from success, is a key part of the Agile methodology.

Backblaze Labs uses the Scrum framework within the Agile methodology to manage the Storage Pod prototyping process. To start, we form a Scrum team to create a product backlog containing the tasks we want to accomplish with the project: redesign drive grids, use tool-less lids, etc. We then divide the tasks into four-week sprints, each with the goal of designing, manufacturing, and assembling one to five production-worthy Storage Pods.

Let’s take a look at some of the tasks on the product backlog that the Scrum team is working through as they develop the next generation Storage Pod.

Each Storage Pod holds 45 hard drives. Previously we used drive grids to hold the drives in place so that they connect to the backplanes. Here’s the process of how drive grids became drive brackets that became drive beams.

In conjunction with the introduction of the new drive beam design from Sprint 3, we needed a way to keep the drives aligned and immobile within the beams. Drive guides were the proposed solution. These guides are screwed or inserted into the four mounting holes on each drive. The drive then slides into cutouts on the drive beam securing the drive in place. There were three different drive guide designs:

Drive lids were introduced in Storage Pod 3.0 to place a small amount of pressure on the top of the hard drives, minimizing vibrations as they sat in the drive bay. The design worked well, but the locking mechanism was clumsy and the materials and production costs were a bit high.

In Storage Pod 4.5, 3.0, and prior versions, the backplanes were screwed to standoffs attached to the chassis body itself. Assembly personnel on the Scrum team asked if backplanes and all their cables, etc. could be simplified to make assembly easier.

Our Storage Pod Scrum team starts with a Scrum master (Ariel/Backblaze), a designer (Petr/Evolve), and a product owner (Tim/Backblaze). Also included on the team are representatives from Assembly (Edgar/Evolve and Greg/Evolve), Operations (Matt/Backblaze), Procurement (Amanda/Evolve), and an executive champion (Rich/Evolve). At the end of each four-week sprint, each person on the team helps evaluate the prototype created during that sprint. The idea is simple: identify and attack issues during the design phase. A good example of this thinking is the way we are changing the Storage Pod lids.

Current Storage Pods require the removal of twelve screws to access the drive bay and another eight screws to access the CPU bay. The screws are small and easy to lose, and they take time to remove and install. Operations suggested tool-less lids be part of the Scrum product backlog and they were introduced in Sprint 3. A couple of iterations (Sprints) later, we have CPU bay and drive bay lids that slide and latch into place and are secured with just two thumb screws each that stay attached to the lid. 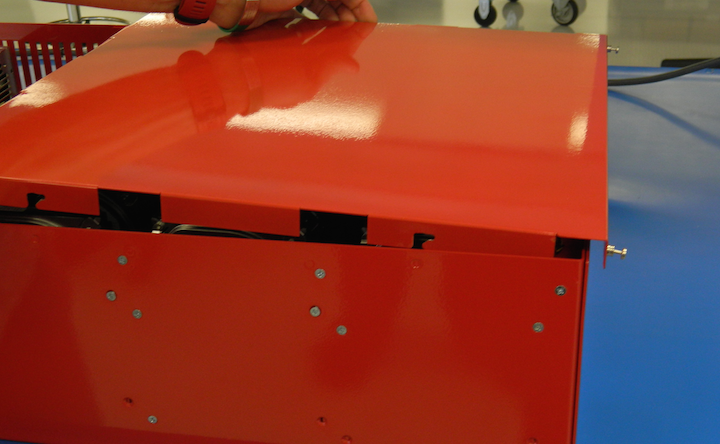 Going from Prototype to Production

One of the supposed drawbacks of using Scrum is that is it is hard to know when you are done. Our goal for each sprint is to produce a production-worthy Storage Pod. In reality, this will not be the case, since each time we introduce a major change to a component (drive beams, for example) things break. This is just like doing software development, where new modules often destabilize the overall system until the bugs are worked out. The key is for the Scrum team to capture any feedback and categorize it as: 1) must fix, 2) new idea to save for later, or 3) never mind.

Here’s the high-level process the Scrum team uses to move the Storage Pod design from prototype to production.

Once all of these tasks are accomplished the design can be placed into production. 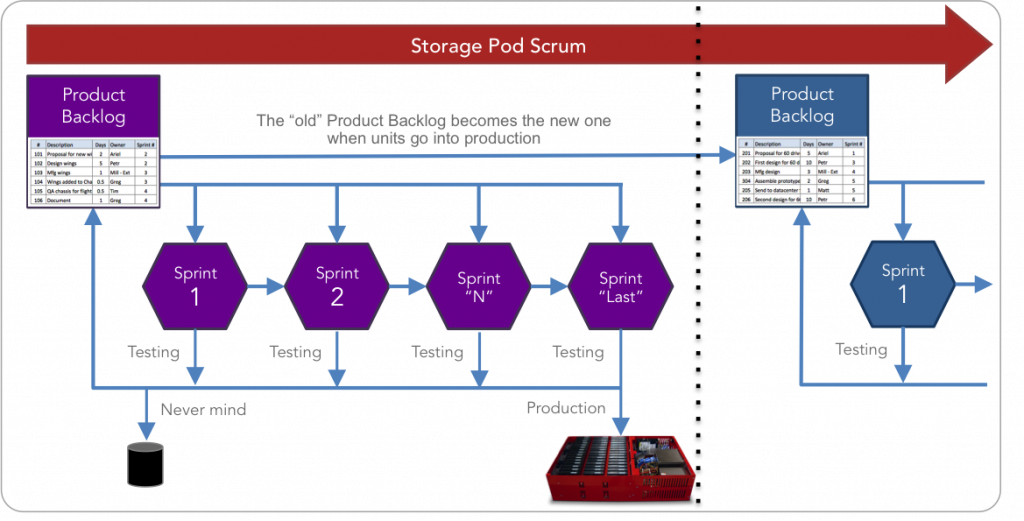 Will the ongoing Storage Pod Scrum last forever? We started the Scrum with the intention of continuing as long as one or more of the following are being accomplished:

The Next Storage Pod: Not Yet

Where are we in the process of creating the next Storage Pod version to open-source? We’re not done yet. We have a handful of one-off Pods in testing right now and we’ve worked through most of the major features in the product backlog, so we’re close.

In the meantime, if you need a Storage Pod or you’re just curious, you can check out https://www.backblaze.com/b2/storage-pod.html. There you can learn all about Storage Pods, including their history, the Storage Pod ecosystem, how to build or buy your very own Storage Pod and much more.