When my girlfriend recently dropped (and killed) her new Ultrabook, I found out the Solid State Drive (SSD) inside of it was not easily removable like the old hard drives always were. This means a dead laptop = completely lost data if you aren’t fully backed up. Now don’t get me wrong, storing my valuable data on precariously spinning platters inside laptop hard drives has always worried me. Even before I co-founded an online backup company, I’d wince when a friend dropped a laptop roughly on a desk or spun the laptop around with a fast nudge so others could see the screen. So as soon as I could, I moved over to using SSDs that contain no moving parts. The new SSDs are more reliable than the old spinning platters overall, but the current designs cause catastrophic failure modes that will result in MORE data loss in many situations. 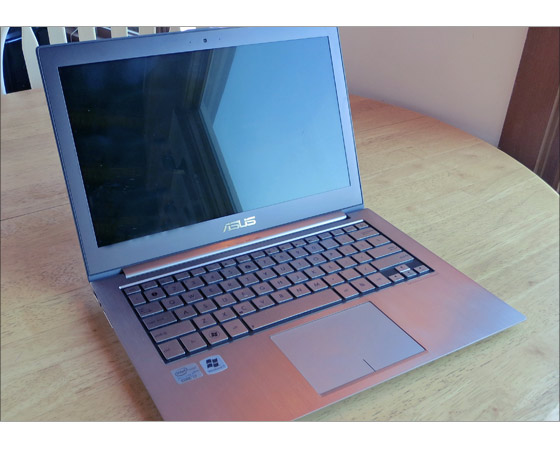 How I Found This Out

The Asus Zenbook UX31 Ultrabook in the pictures below was dropped on the floor and stopped working. So I took it apart to triage what was wrong, plus maybe pull out the hard drive and recover some data from it. 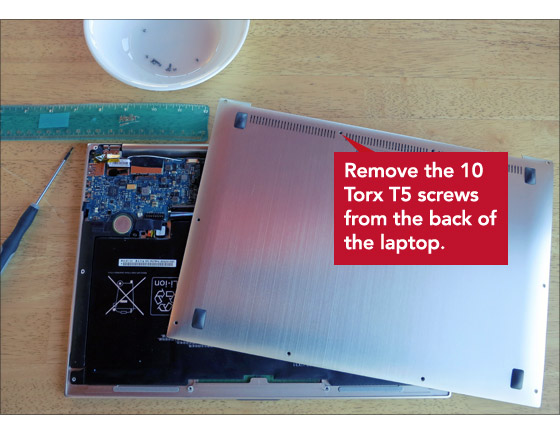 Recovering Data by Pulling Out a Hard Drive

As a computer professional, I help out friends and family with their computer problems. When a computer won’t boot, one of the first things I try is to recover the valuable data through the time honored step of pulling out the hard drive and putting it in an external USB enclosure, then connecting that enclosure to a working computer. This usually takes about five minutes, and is a great way to not cause any more damage and see if you can extricate any good data that is left. Since it was invented 20 years ago, the connector inside every laptop, desktop, and most servers in corporate data centers are “Serial ATA” (SATA). The fact that SATA is so common makes external USB enclosures cost about $3, and they are even reusable!

Ultrabook SSDs Make This Much Harder

So I was surprised when I opened the broken Asus Zenbook UX31 Ultrabook and couldn’t find the SATA connector I was expecting! 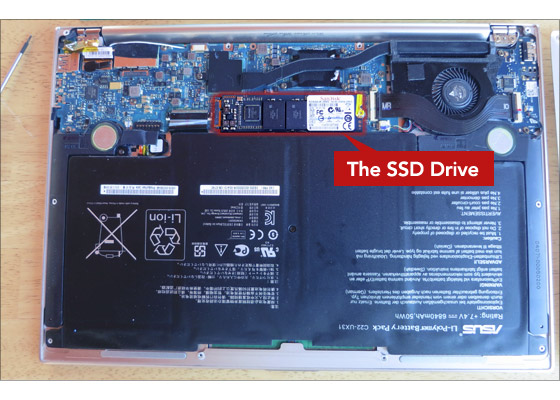 To save space and cost, the SSD drive is just a set of chips on a board mounted on the motherboard by a connector I didn’t immediately recognize. A little Googling and I found a technical page about the SanDisk SSD drive but it wasn’t entirely clear which of the available connectors it had, and exactly how I could connect this drive to a separate working computer. I think this is mSATA (?) but if you know for sure, can you point me at a spec for the ASUS Zenbook that makes that clear?

In my opinion, an ideal laptop storage system would be a small, incredibly tough, heat resistant, metal, enclosure. I’m picturing the hardened “black boxes” on commercial airplanes which are designed to survive an airplane crash. The idea is if you drive a car over your laptop and shatter it into thousands of pieces, you can sort through the wreckage and find the data enclosure, brush it off, and plug it into a standard port on another computer to recover your data. Honestly, this wouldn’t increase the price of a laptop more than a buck on a $1,000 laptop. The old hard drives with spinning platters were always encased in fairly tough steel packaging, albeit this was probably just a side effect of getting the ridiculous system to work where spinning platters with magnetic rust accurately read and write microscopic 1s and 0s at 75 miles per hour (the speed of the outside perimeter on a 7200 RPM 3.5 inch drive).

Ultrabook Makers, Please Spend the $1 to Help Save Customer Data

I might be jaded based on my current job, but “dead laptop that won’t boot” is the most common outcome for ALL LAPTOPS, followed only by “laptop was stolen.” I suppose I’ve known a few people who upgraded computers because their old computer was too slow, but now that the performance aspects of Moore’s law have collapsed (CPUs are no longer getting faster), that won’t be happening anymore. To make matters so much worse, only 10 short years ago it was hard to lose every family photo you have of your life and your whole record collection at the same time, it only occurred if your house burned down. All it takes now is your leg brushing lightly against the power cord pulling the laptop off your desk. One second every picture of your children from birth through high school graduation is safe, and a moment later they are gone forever. All because ASUS or Apple wanted to make $1 more profit? Is that all your lifetime of memories is worth?

Backups are great, but for the 94% of people who do not back up their computer, I think those people should be offered the choice of a “survivable memory module” in the computer. Heck, I always have at least two backups of any data I care about, and I would STILL choose this option.

Sing and Win an iPad
Next Post: Backblaze Release 2.0.2