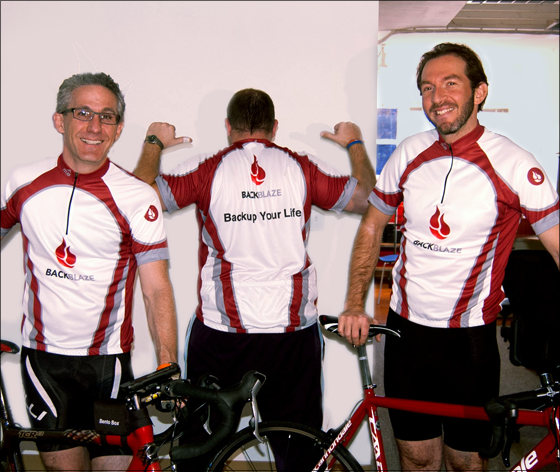 Meet the Backblaze Peloton.
From Wikipedia:

The peloton travels as an integrated unit, like birds flying in formation, each rider making slight adjustments in response to the riders around him or her…

I would say we started a Backblaze biking group because of the inherent efficiency, teamwork, and performance of a well-executed peloton; that this is both a way to develop our team and to demonstrate its excellence; that this was perfectly timed to coincide with Backblaze 2.0: The Performance Release

Want one of these fancy Backblaze bike jerseys?
In the comments below, on our Facebook page, or on Twitter simply finish the sentence:

“Backblaze is faster than…”

We’ll pick our favorite and send you a jersey!