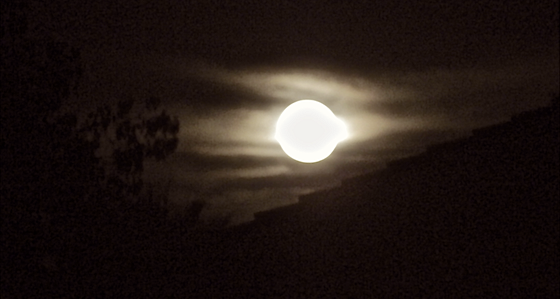 Recently Yev, our resident keeper of the meme, asked our community to tell us their scariest stories on data loss. From the avalanche of bone chilling stories we picked 10 we thought would tingle your spine without scaring you breathless. Some folks had online backup, others did not, but all are scary. You’ve been warned, read on if you dare…(Insert sinister music here.)

“I work as a graphic designer for a TV station. Some years ago, early in the morning (not my time), I thought it was a good idea to make some manual backups of my work. I started to transfer all of our on-air designs and graphic elements to the backup drive. After a few minutes, I realized, that I was deleting them instead of moving them. My face turned white and I was shocked. Thanks to a rescue software, I was able to recover nearly 80% of the files but I spent more than a day rearranging the folder structure. That was the moment I started to learn everything I could about backup solutions.”—Pascal

“I was doing my initial backup with just over 1TB of data. I went out for a couple of hours and came back to find that we’d had a power surge that pretty much fried my new backup drive and all of the drives in my PC… Fortunately I had all my stuff backed up on a couple of smaller drives. But it was still the scariest moment in my life. I feel much safer with Backblaze!”—Ed

“Driving back from a beach in rural Nicaragua, we were robbed by a highwayman. He had a T-shirt over his face, and stuck a machete in my girlfriend’s face and demanded money. Sadly, we only had $6 which just made him angry. He demanded my backpack…which had my un-backed up computer. A sad day indeed.”—Dave

“It was in a time before I knew of BackBlaze, in my times of PC repair and troubleshooting. A frantic user enters and is clearly distraught. A flash drive is practically thrown my way, in pieces… I do my best to see if there is anything I can do, but we both know how this is going to end. As I go to tell her the bad news, tears begin to gush as she realizes the gravity of loosing…her dissertation. All the time she’d spent. All the research. Hundreds of pages. Tens of thousands of words. No backup. Gone.”—Joshua

“I use TimeMachine and Backblaze on my MacBook Pro. Back in August, after upgrading to Mountain Lion, my MacBook started crashing sporadically. During these crashes that got more frequent within one week, my TimeMachine backup went corrupt, and then within another day, it crashed for good and my computer wouldn’t even boot up. Fortunately, Backblaze had me covered and 300GB of data saved for me. Without that, I would be in very sad shape… Now the thought of that is scary :)”—Jared

“I was talked into being the wedding photographer for my sister in law’s wedding. After shooting the wedding, I uploaded the photos to my main hard drive. I had an external drive that was set to backup my files nightly. I then formatted my memory cards because I had another shoot to do on Sunday. When I can home from work Monday evening, I could hear a loud sound from down the hall. As soon as I entered my office I knew the hard drive was toast. The logic board had fried and it had been spinning as max RPM all day. The head had impacted the disks and it was beyond saving. I went to my backup drive, and to my horror my data had not been backing up properly for weeks. I had to tell my sister in law that her wedding pictures were lost forever. I now have BackBlaze do my backups automatically for me. I will never have to make THAT phone call again.”—David

“My almost data loss story happened yesterday when a full glass of water fell on my laptop! I was almost crazy because I could not lose my data and I had no backup of everything. But after I calmed down, I grabbed a dryer and after a lot of failed attempts, finally started my laptop.”—Francisco

“I wanted to reinstall the operating system on my Macbook Pro once, so I backed up all my data to an external hard drive, wiped the laptop clean, reinstalled the OS, and went to reimport my data. Unexpectedly, the reimport step wasn’t working correctly, and my data was floating on an external, unable to get back onto my laptop. Thankfully my friends and I found a fix, but my heart stopped for a few minutes when I was panicking over whether I’d need a new OS or a new laptop, and how long it would take before I could see my files again.”—Elaina

“Nearly one year ago I was awoken suddenly from a deep sleep by a creaking sound downstairs. I often hear our cats rustle about the house, but this sound was distinctly different as though there was a larger movement. I’m usually the one checking on weird sounds for my wife just to reassure her that everything’s okay. But this sound didn’t awake her, and it had me a little startled. It was dark in the house, except for a Halloween moonlight that peeked it’s way through a skylight. I slowly made my way downstairs to investigate. My heart was pounding—I gripped tightly on the banister. A few steps from the bottom, I heard the sound again, this time more pronounced. I froze in my tracks, not knowing whether to shout out in fear or sneak even more carefully. Finally I reached the bottom and rounded the corner to peer into the front room of our house. There in the moonlight was a large figure, human-like yet monstrously tall and wide. It was wearing a black jacket and a black mask. It was twice my size. I didn’t move, and I couldn’t move. Suddenly the figure spoke, and it said, “I’m taking this.” I saw it had our family PC in its arms with the power cord hanging down to the ground. “Just let me leave, and there will be no trouble,” the figure continued in a deep, determined voice. I stepped back and let the figure leave—I just wanted the situation to end without incident. Out the figure went, PC in hand, all my life’s data with it. For a moment I panicked, called 911, and scrambled to check doors and windows throughout the house. But then I stopped to gather my thoughts and take a deep breath. I realized in that moment that I was safe, my family was safe, and who cares about a little old PC. All the data was safe with Backblaze.”—Paul