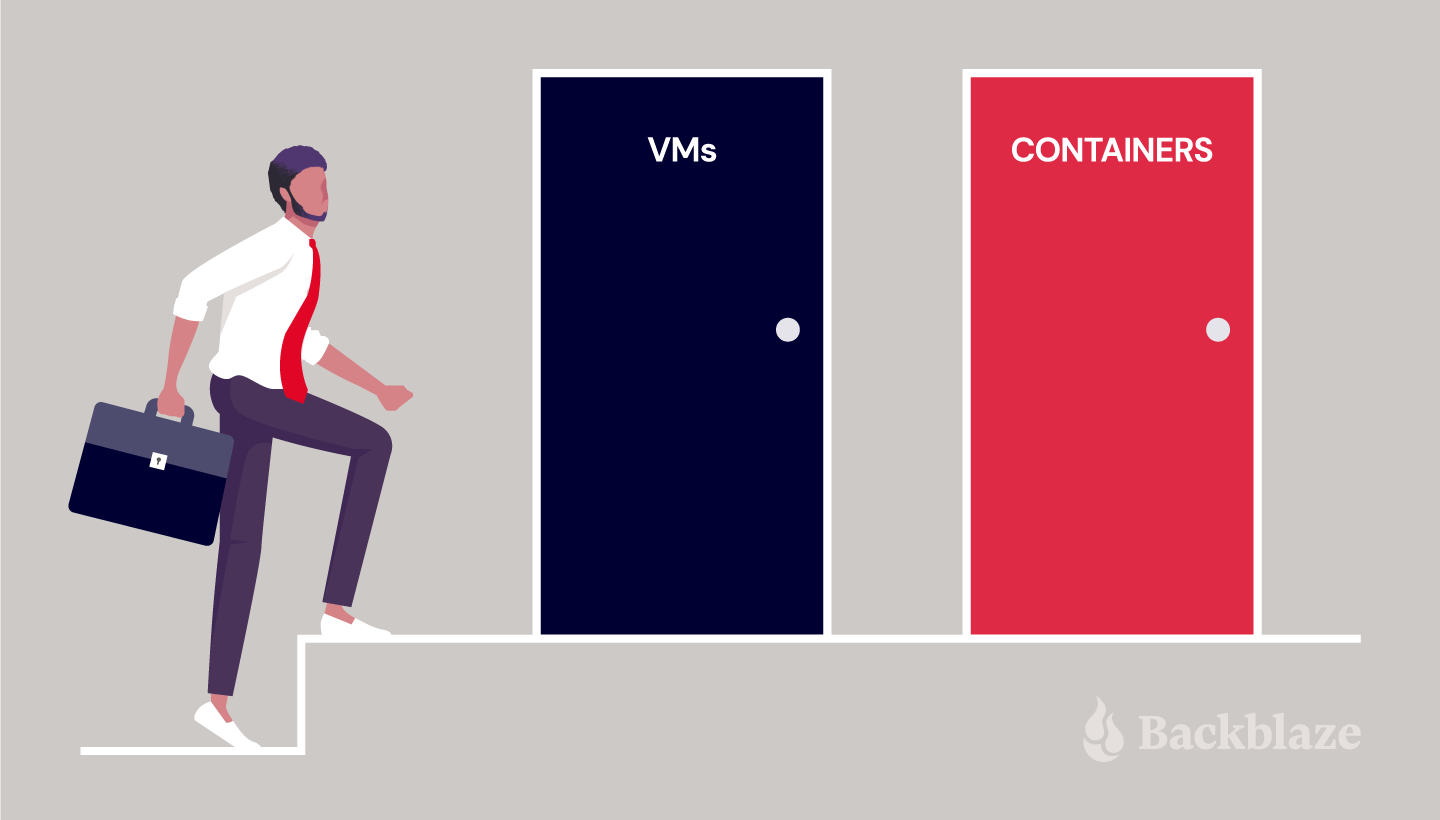 Virtualization fundamentally changed the way the data center operates, and it wasn’t all that long ago. VMware released the ESX Server 1.5, its first hypervisor and arguably launched mainstream adoption of VMs in the enterprise, in 2002. To this elder millennial, it feels like just yesterday(ish).

While they work differently, the two technologies share enough similarities that it begs the question—will containers replace virtual machines?

Today, we’re weighing in on the debate.

VMs vs. Containers: A Recap

Containers are also software-defined computing instances, but they run atop a shared, host OS. They package software into portable, executable units with all of the necessary dependencies to run anywhere—on a laptop, on a server, in the cloud, etc. The table below outlines the differences between VMs and containers.

Without having to lug around all that OS code, containers are lighter weight (megabytes vs. VMs’ gigabytes) and start up faster than VMs. You can run two to three times as many applications on a single server with containers than you can with VMs.

Based on that alone, one could make the case that containers are the future and VMs are old news.

So, Will Containers Replace VMs?

The case seemed too easy, and we weren’t satisfied with basing a prediction on that alone. It’s just not that simple. To present a structured debate, we’ll look at the arguments for and against. In one corner: the case for VMs. In the other corner: the case for containers.

The Case for VMs

Even though containers are smaller and faster, it still might be a bridge too far to predict they’ll kill VMs forever. Here’s why:

The Case for Containers

But, containers have a lot of advantages in their favor. What makes them contenders to replace VMs? Here are a few counterpoints:

Developers aren’t going back to building monolithic applications any time soon. Containers enable them to leave environment inconsistencies in the past and focus more on building code, creating better software, and creating it faster. With more pressure than ever to do just that, containers are firmly cemented as the dominant virtualization technology for developers.

But, it’s important to differentiate between containers as an application delivery mechanism versus an infrastructure mechanism. VMs are slower, less portable, and heavy, but they are still the go-to technology when it comes to provisioning infrastructure in an enterprise and running legacy, monolithic applications. For example, while containers have become the technology of choice in app development, it’s less likely that IT teams in other industries, say education, will be as interested in spending the time to refactor their custom-made student information system into a microservices architecture. Nor could they feasibly substitute containers for the thousands of VMs they assign to students.

Final answer? Both containers and VMs have a place in the modern data center.

Do you disagree? Have at it in the comments.