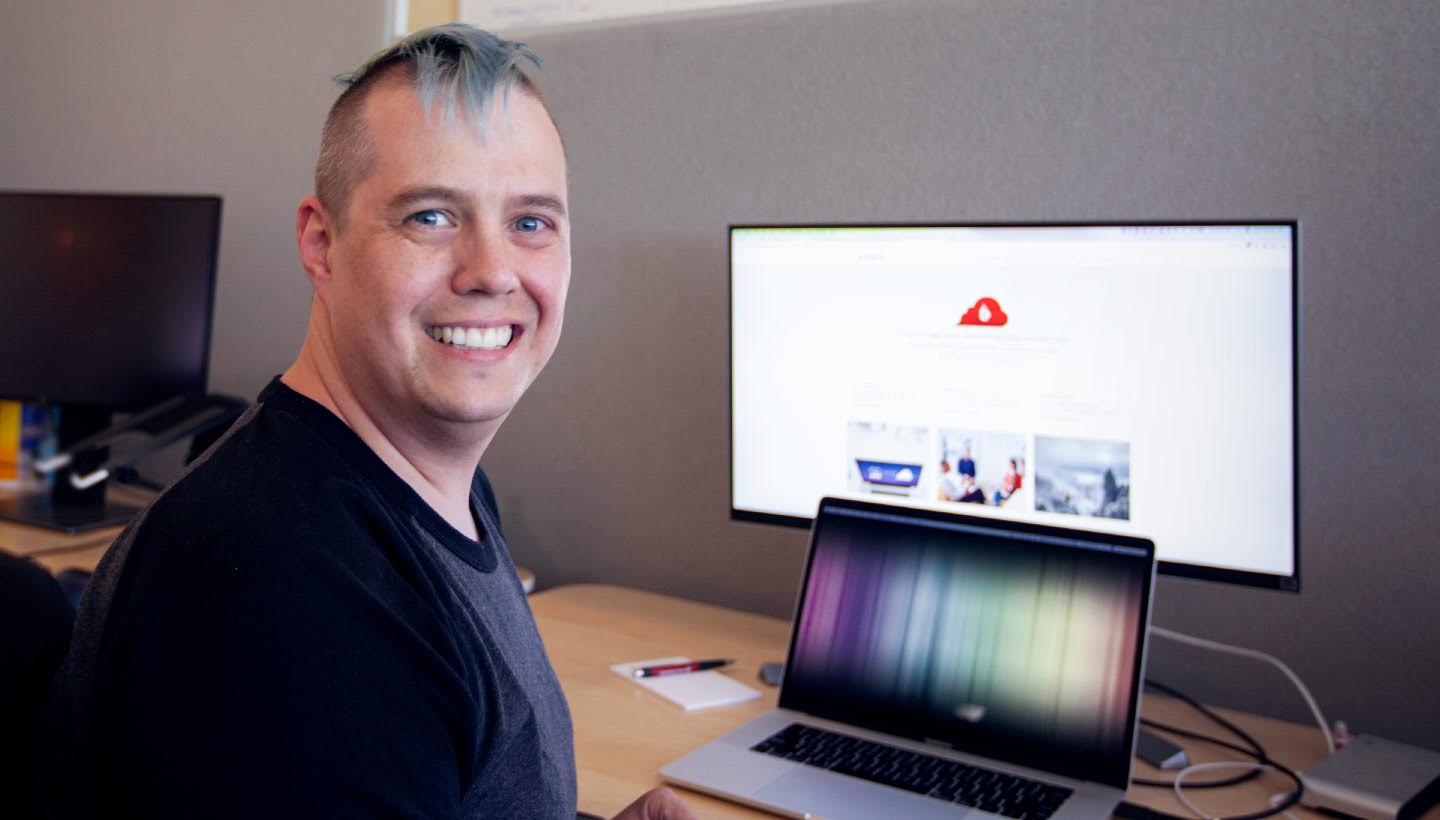 As the Backblaze team and products continue to expand we found that we needed more engineers to help us keep up with existing systems and build out news ones (and we’re always hiring, by the way). To help us, we hired a veteran from Minneapolis, John, to join our team as a senior software engineer. Let’s learn a bit more about John, shall we?

What is your Backblaze Title?
Senior software engineer.

Where are you originally from?
A small town in East Central Minnesota called Bock. Think of a small town. Bock is smaller. Now I live in Minneapolis and wouldn’t trade it for anything.

What attracted you to Backblaze?
I have been impressed with Backblaze’s engineering blog.

What do you expect to learn while being at Backblaze?
How to work effectively as a remote employee.

Where else have you worked?
Lots of places, but I suppose you are not wondering about washing dishes or selling tickets at a movie theater. Well, I worked at a place called the Nerdery. I made many websites for ad agencies. I worked at a Backblaze competitor, Code42, working on backup software. Most recently, I worked at Target.

Where did you go to school?
Remember that tiny town? They didn’t have a school. Too small. I went to Milaca, which was five miles away. That is another tiny town, but much bigger than Bock. A while later, I ended up at a community college close to Minneapolis, then MN State, Mankato. Years later, like right now, I am at the UofMN for my Masters.

What’s your dream job?
This one, I hope!

Favorite place you’ve traveled?
Osaka, Japan. I have been to Japan three times. Once to Osaka, twice to Okinawa, with a couple extra days in Tokyo. Osaka was the only place I have visited that I wanted to just move to.

Favorite hobby?
Playing video games. Currently, I love Overwatch, though I suck. I am perpetually in bronze. Other than that, I also currently am obsessed with Dead Cell on the Switch (and everything). It is an amazing Rogue-lite/Metroidvania style game.

Of what achievement are you most proud?
Oh, that’s tough. Probably finding the person to spend my life with.

Favorite food?
Pizza. Has to be pizza.

Why do you like certain things?
Because they are awesome!

Anything else you’d like to tell us?
Nothing that I can think of. Something on your mind to tell me?

Thanks John and welcome aboard! You’re a leaf on the wind!