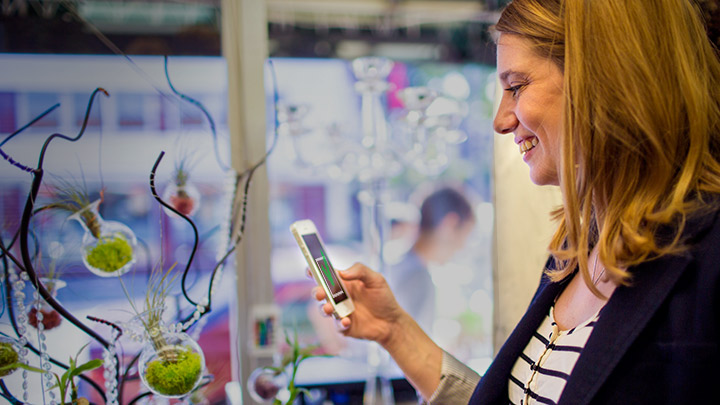 It is Election Day here in the United States and many people get time off of work to vote—typically two hours. I was thinking about this last week as I spent two hours at the Verizon store waiting to update my wireless service. I had a lot of time to think.

One of my random thoughts afterwards was: at Backblaze, I get two hours off of work to vote and I just spent two hours waiting at Verizon to change my mobile phone service. What if I could only do only one of those? Vote or cell service, what would I choose? What would you choose?

I did a little research and I think I have the answer.

Now I know why the store was so crowded.

There’s more, not everyone who is eligible to vote does so. In 2012, 89.7% of registered voters actually voted,4 that’s pretty awesome. Still, that’s another 15 million or so eligible voters, 91% of whom have cell phones, who did not vote.

What if we could use our cell phones to vote? A survey done for the 2012 election discovered that 59% of people would vote by smartphone if they had the chance. Only 18% said no. That 59% translates to 121 million or so eligible voters, some of which I am sure did not vote in the 2012 election.5

Letting people vote by cell phone is crazy you say? There are about 30 states that allow or have dabbled in internet voting6, but that is mitigated by the perception (or reality) of an insecure network infrastructure. Yet, we are on the verge of people being able to—with a swipe on their phone and a press of their thumb, people buy a refrigerator, or rent a car, or put a down payment down on a house. In fact, 44% of mobile phone users have already used their phone to shop online.7 Maybe it’s time we let them vote online too!

Here’s the funny part, voting is free and doesn’t come with a two year contract or an activation charge or a termination penalty. You could say you do have to pay taxes to vote, but you have to pay taxes even if you don’t vote, so you might as well get you money’s worth.

The moral of our story, VOTE TODAY, Verizon can wait until tomorrow.